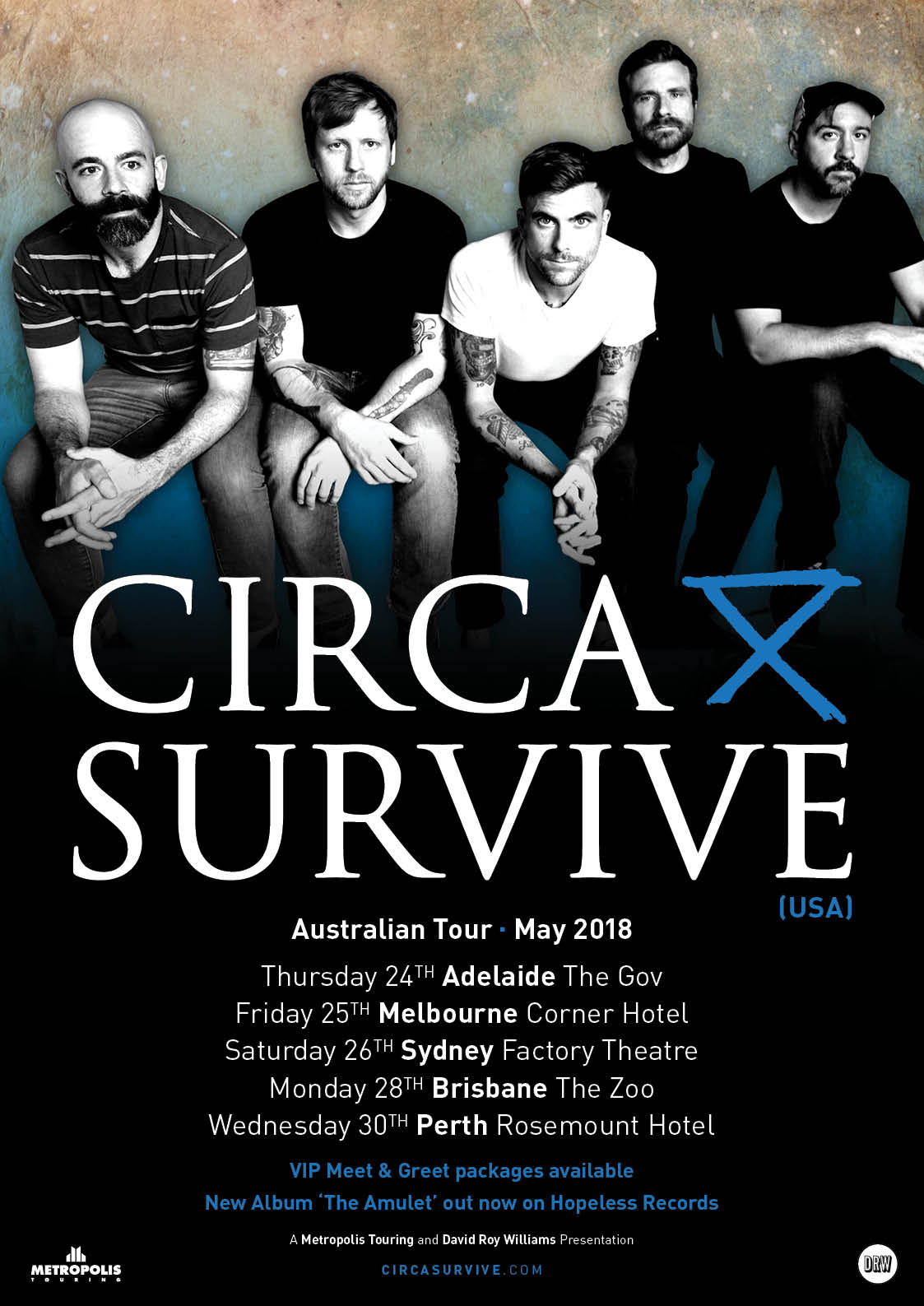 CIRCA SURVIVE will be returning to Australian shores in May 2018 in support of their latest album The Amulet. After a successful run of shows in 2015 the Philadelphia alt-rock outfit are here to prove once again why they’re one of the most exhilarating live bands that alternative music has to offer.

“The greatest chemistry with the crowd all night” – The Lantern

With their signature mix of spacey hardcore sounds and progressive rock CRICA SURVIVE bring a interesting and colourfully decorated atmosphere. Soaked with the intense passion and emotion the band produce on their albums, it flows through the band and into the crowd to produce a live show that leaves fans both exhilarated and exhausted.

“It is a primal, animalistic experience to witness Circa Survive” – Under the Gun Review

“With hands raised and bodies pressing towards the stage the crowd became part of the show, passionately singing every word with the band“ – Jamwich

The Amulet is the sixth full length album from the band out via Hopeless Records/ In an unapologetic fashion the band has pushed the boundaries with its intricate and unconventional sound. This is one of those albums you’ll want to put on your headphones and get lost in, as the band takes you on a journey through loss of innocence and acceptance. The band has since completed a co-headline tour with AFI and touring around the world, finally it’s Australia’s turn…

“For a brief moment in time we were able to let go of all the troubles of our world… navigated by our beloved Circa Survive.” – Jamwich