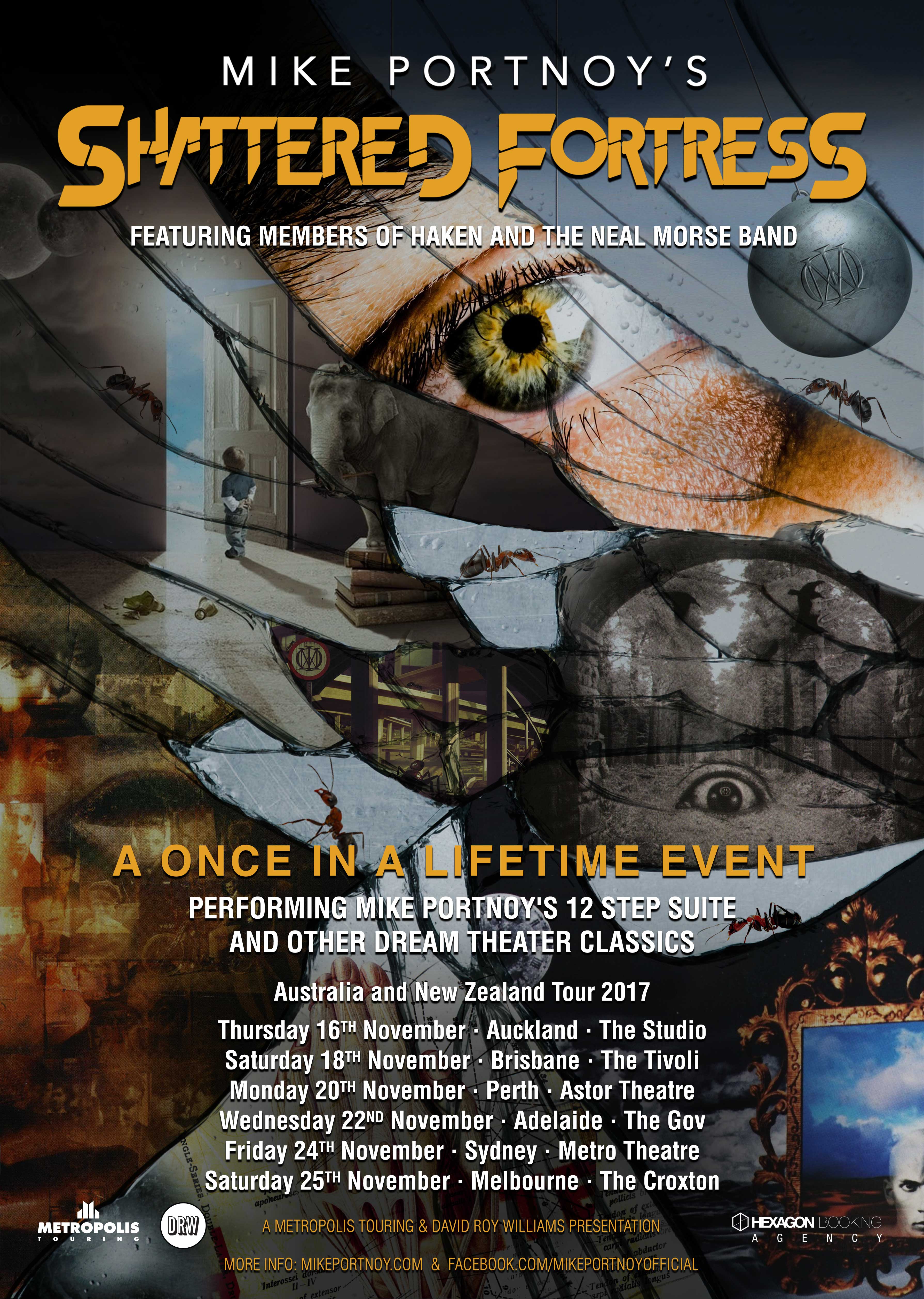 Drum Wizard MIKE PORTNOY (The Winery Dogs, Flying Colors, ex-Dream Theater) brings the SHATTERED FORTRESS to Australia and New Zealand this November! The SHATTERED FORTRESS is MIKE PORTNOY and an all-star Prog lineup (Eric Gillette, Richard Henshall & Charlie Griffiths on Guitar, Connor Green on Bass & Diego Tejeida on Keyboards) performing Dream Theater’s 12 Step Suite live in it’s entirety! This Exclusive Once in a Livetime Event will only happen in a select few countries in the world!

MIKE PORTNOY is a man that really doesn’t need any introduction. Known for his technical skill as a drummer, Portnoy has won 30 awards from the Modern Drummer magazine, and is the second youngest person to be inducted into the Modern Drummer’s Hall of Fame! Primarily known as the co-founder of Dream Theater, he has also been involved in several other projects such as Liquid Tension Experiment, Avenged Sevenfold, Transatlantic, Adrenaline Mob plus many, many more!

The 12 Step Suite was written by Mike Portnoy and documents his battle with alcoholism. It is an ensemble of five songs recorded by Dream Theater from 2002 to 2009, with titles that reflect his struggles: “The Glass Prison”, “This Dying Soul”, “The Root Of All Evil”, “Repentance” and “The Shattered Fortress”. It was originally written with the intention of eventually playing it live as one piece, and now the time has come. The show will also feature other Dream Theater songs that MIKE PORTNOY has written the lyrics to.

The SHATTERED FORTRESS Tour will be a once in a lifetime experience, from one of the greatest drummers on the planet directly to his legion of fans. Come along and witness a night of amazing progressive metal and be a part of history!

“Portnoy creates his art with an ever-expanding appreciation, experimentation, and incorporation of all musical styles into his drumming” – Mike Haid