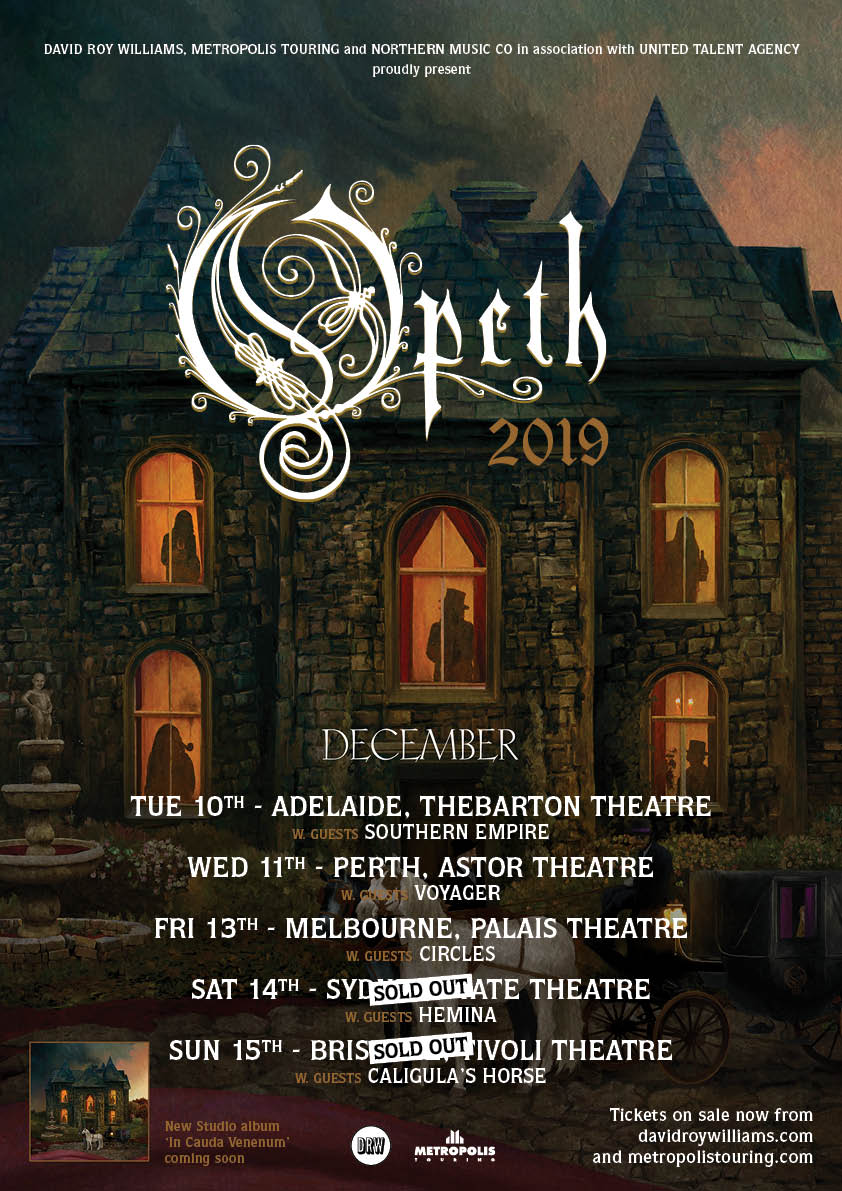 Opeth are pleased to announce Australian headline shows for December 2019

There are few bands that can or will match Sweden’s Opeth. Since forming in the tiny Stockholm suburb of Bandhagen in 1990, the Swedes have eclipsed convention, defiantly crushed the odds, and, most importantly, crafted 12 stunningly beautiful, intrinsically intense albums, to become one of the best bands on the planet; whether that be live or on record. Ask any Opeth fan. Enquire with any band that’s shared the proverbial pine with the Swedes. Or, get a label representative to talk Opeth. They’ll all tell you the same thing: Opeth are peerless. And they’re only getting better.

December 2019 will see Opeth performing a stunning set of classic tracks from throughout their 30 year career as well as introducing Australian audiences to astounding new material from their forthcoming studio album.

There is little need to delve further into just how good this band is. If you’ve been fortunate enough to have been present at one of their concerts previously then you know full well that these will be shows not to be missed. If you are yet to witness the awesome power of Opeth live then it’s time to join the legions of music fans who know already that there will never be a band like Opeth again.