FITZROY, MELBOURNE, THE NIGHT CAT - NEW DATE TO BE ANNOUNCED 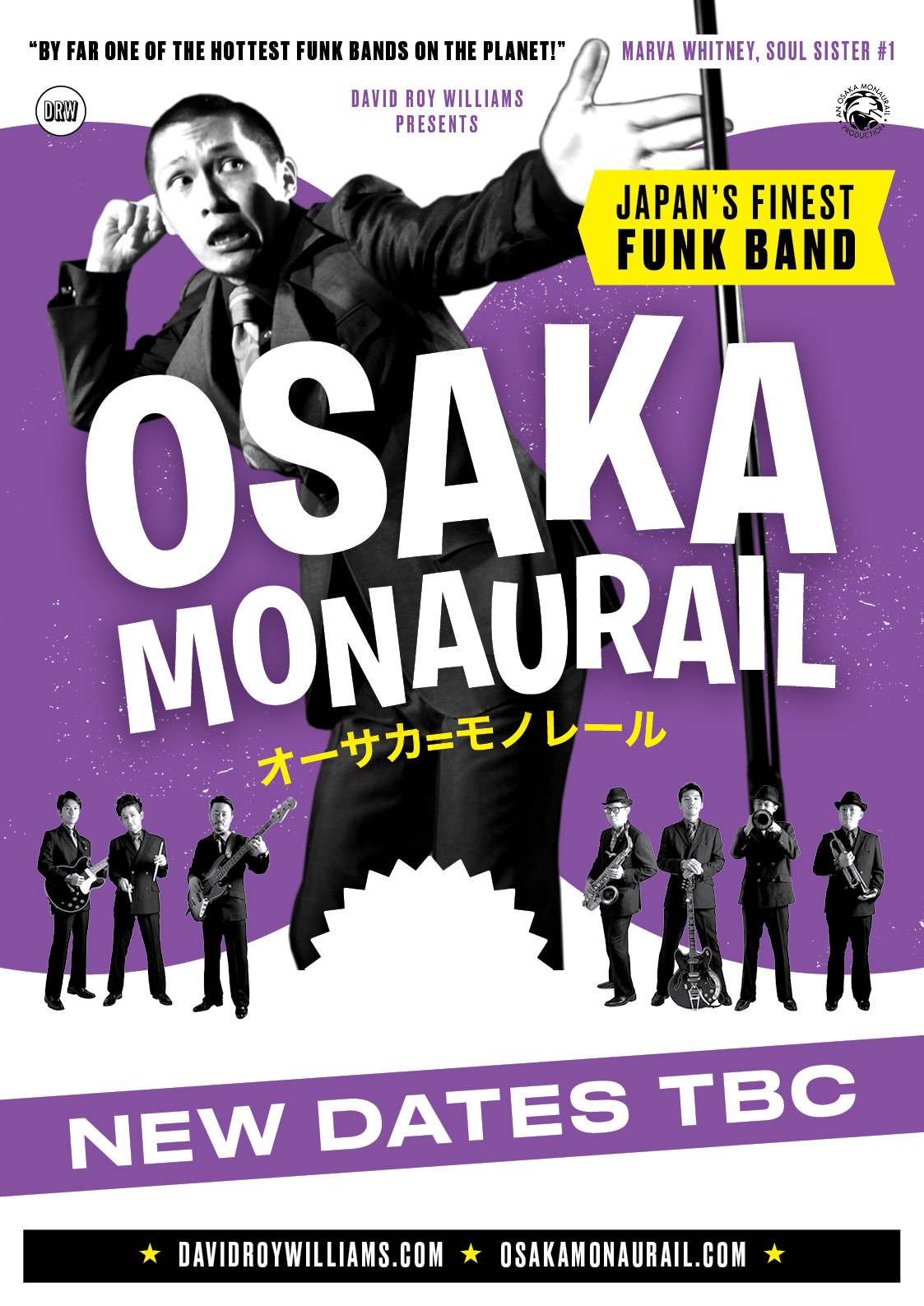 Due to the ongoing Australian border closures regarding COVID-19, Osaka Monaurail Australia tour is postponed, with new dates to be announced.  All currently held tickets are valid for the new dates.

Fitzroy, Melbourne – The Night Cat TBA (Note: Toff In Town May 14th 2020 tickets are valid for this show)

With seven studio albums, two live albums and a solid reputation as a must-see act, OSAKA MONAURAIL are Japan’s premiere funk orchestra.   They have been recording and touring together for over 25 years and have built their fan base by thrilling audiences across Europe, Canada, USA, Asia and Australia over a decade with their dynamic show.

As well as some storming originals, funk fans can anticipate workouts on tunes by Stevie Wonder, Ray Charles, The Temptations, Isaac Hayes, Rufus Thomas and of course, the godfather of soul, James Brown.

Led by the explosive showmanship of charismatic singer and director Ryo Nakata, Osaka Monaurail have been funking it up for nearly three decades, thrilling audiences across Europe, North America, Asia and Australia with their dynamical and energetic show. Here’s a bunch of guys who have played the biggest festivals in the world to the tightest clubs on the planet and brought the dance-floor to exuberant volcanic like eruptions everywhere they go!

“You know when you see a band that plays so well, you just need to take off your shoes and hold them in the air? These guys are jaw-droppingly tight!” FBI Radio

With their sharp suits, synchronized routines and powerful horn section and led by the explosive showmanship of charismatic singer and director Ryo Nakata, Osaka Monaurail will have your feel moving’ and your hip’s shakin’ from the moment they hit the stage.

Having toured and recorded with James Brown associated funk icons Marva Whitney, Fred Wesley and Martha High, Osaka Monaurail are on a mission to capture the energy, sound and excitement of funk’s heyday.

“Frontman Ryo Nakata is more like James Brown than he has any right to be; the voice, the mannerisms, the sense of humour… it’s all perfect.” Double J

“As a showman, Nakata does not disappoint with his contagious energy, smiles or cheeky grins that transmits his soul feeling flawlessly to the audience throughout the gig… A bitchin’ night of Japanese funk!” Matrix Barcelona