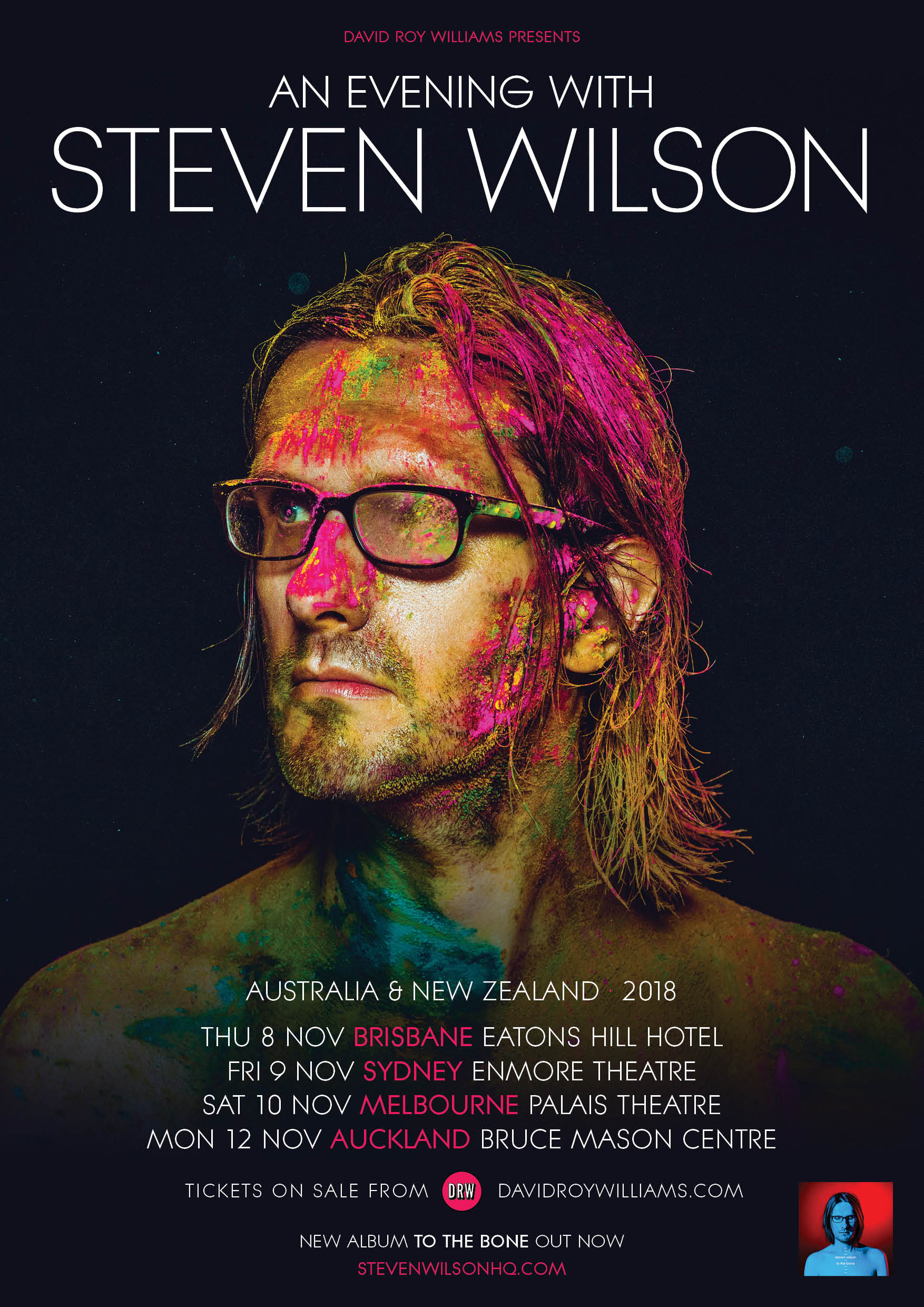 A conversation with Steven Wilson – You’ve got tickets for the show but have you got a ticket for the Q&A? Steven will answers questions posed by fans about his career, recordings and what music means to him.

In conversation Q&A ticket does not grant admission to Steven Wilson live concert.

Questions for Q&A will be selected from those submitted to DRW Entertainment by VIPs via email and will be proffered by a moderator.
Steven’s band will not attend Meet and Greet, nor Q&A session.

Following the release of “To The Bone”, his most successful album to date, Steven will perform 3hrs of mesmerising music drawn from both his recent catalogue, as well as classic Porcupine Tree songs, some of which have never previously been performed by his solo band.

Those whom have previously witnessed Steven Wilson live in concert will already be acquainted with the breathtaking wonderment and beauty of Steven’s lavish mindscape, which provides a perfect adjunct to his otherworldly music. Steven has outdone even the magnificence of previous tours to present an awe-inspiring kaleidoscope of evocative imagery and colour.

Join Steven Wilson this November for what will uncountably be a series of concerts never to be forgotten.

“An absolute triumph both sonically, musically and visually.  This was top class stuff and you`ll be hard pushed to see a better show this year.” Metal Express

“Who needs drugs when you can have your mind blown by the King of Prog?” Maximum Volume Music

“Where do I begin? This spectacle took things to a whole different level. The best gig I’ve been to in many years!” Midlandsmetalheads.com

Photography and video whether by phone, camera or any other device is strictly prohibited for this concert.