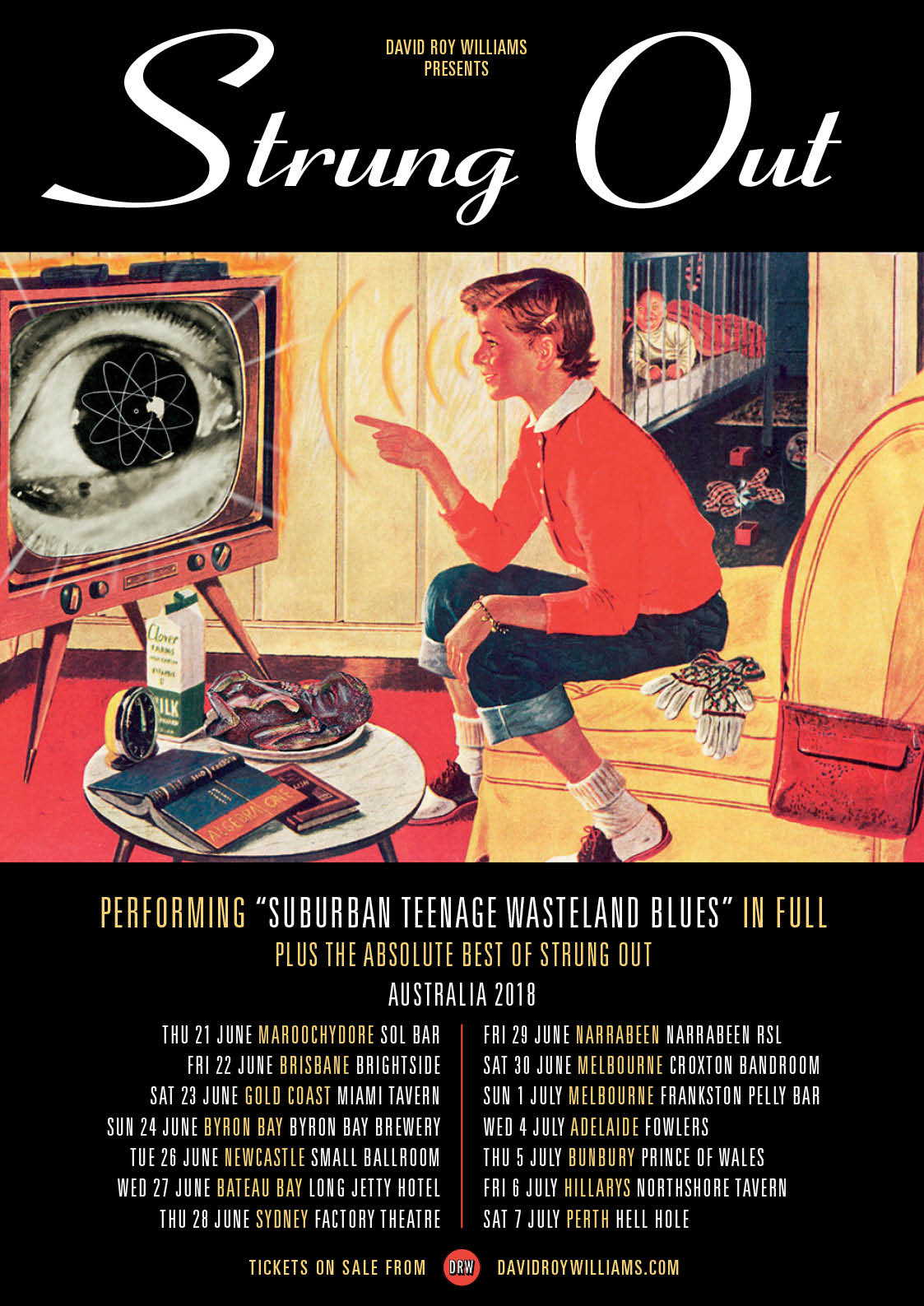 Performing “Suburban Teenage Wasteland Blues” in full!! Plus the absolute best of Strung Out.

VIP M&G Ticket includes:
Ticket to the show
Meet and Greet with the Strung Out
Photo with Strung Out on the fans own phone or camera
2 items signed by Strung Out
Limited edition A3 Thick Card Poster
Admission to Sound-check
Official commemorative VIP Laminate
Priority Access to the Venue

Exploding onto the southern California punk scene, Strung Out were one of the first bands signed to Fat Mike’s Fat Wreck Chords, issuing their debut album in 1994. It was the band’s sophomore effort however that truly proved Mike’s faith in the band was so very well placed. “Suburban Teenage Wasteland Blues” was thirteen chucks of socially aware punk speed pop metal riffage that guaranteed carnage every time the play button was hit on the dash. Hear these songs played live and you’re talking something else again – a veritable maelstrom of shoutalong moshing craziness resulting in ringing ears, sweat soaked tees and huge smiles on the faces of ecstatic fans.

22 years later and Strung Out are a monster of a band, and for the first time ever the band are playing “Suburban Teenage Wasteland Blues” in it’s entirely. From the biting “Firecracker” and siren call of “Somnombulance” to the fraying id of “Bring Out Your Dead”, “Solitaire” and “Wrong Side Of The Tracks”, these are songs that that will suck you in and leave you joyously wasted.

It wouldn’t be a Strung Out show without shotgun blasts such as “Analog”, “Calling”, “Blueprint Of The Fall” “Ashes” and “Matchbox”. Yea verily the gods of punk have smiled upon the faithful with the promise of nothing but the best – a show jam-packed with attitude, speed, creativity and energy.

Machine-gun drums, scorching guitars, hard-hitting basslines, and an in-your-face singer with more melodies than Top 40 radio – there’s no-one like Strung Out and “Suburban Teenage Wasteland Blues” is one of the defining albums of the Californian punk scene. Don’t be an idiot…get tickets for this and get them now!