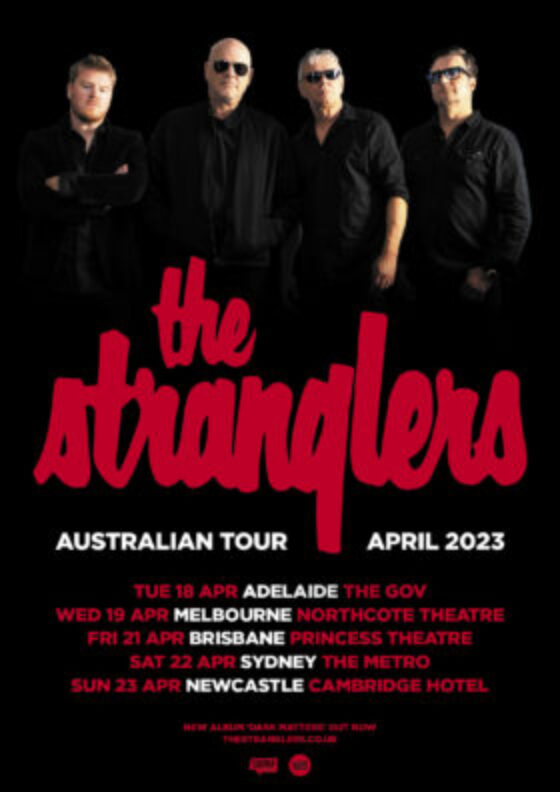 First forming in 1974, the band’s no-bullshit attitude saw the band blaze an experimental trail, from Art Rock to Goth to New Wave Pop, inspiring a wave of prog rock guitar players and confrontational vocalists to find their roots in The Stranglers’ unabashed confidence.

Promising a set that will be covering tracks from their extensive cataloge spanning over 45 years, fans can expect to hear timeless hits like ‘Golden Brown’, ‘Always the Sun’, ‘No More Heroes’, ‘Strange Little Girl’ and ‘Peaches’.

The Stranglers have scored 23 UK Top 40 singles and 19 UK Top 40 albums to date, and recently released their eighteenth studio album, ‘Dark Matters’ which debuted at No 4 in the UK Official Charts.

Don’t miss being swept up high on the wave of The Stranglers’ powerful sound, pounding rhythms, soaring melodies, quirky humour and thrillingly daring musicianship for an exhilarating live experience.

Go see them while you still have the chance! 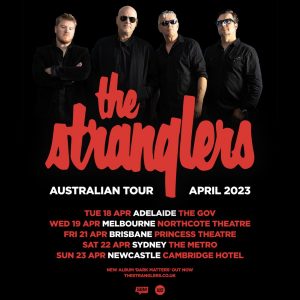