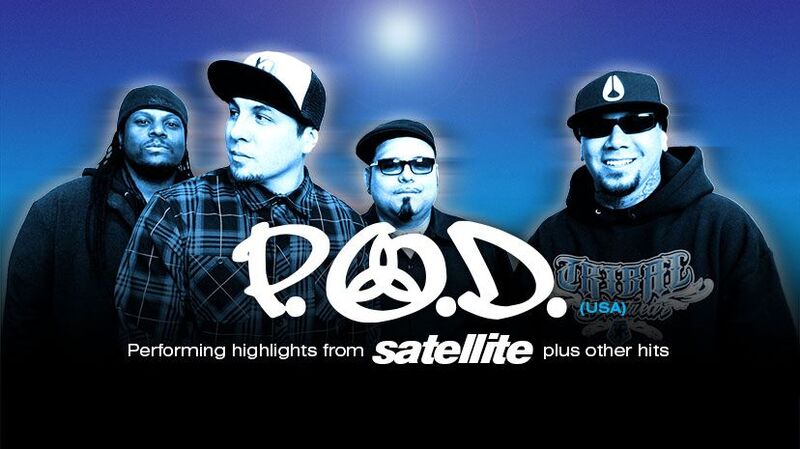 Boom! Here comes the Boom! With over 12 Million Records sold Worldwide American hard rockers P.O.D. make their triumphant return to Australia & New Zealand for their first headline tour since 2002 to perform highlights from their hugely successful album “Satellite” plus other hits.

P.O.D. VIP Meet & Greet inclusions are;
Ticket to the show
Meet & Greet with P.O.D.
Photo with P.O.D. on your own phone or camera
2 items signed by P.O.D.
Limited Edition A3 thick card Poster
Official commemorative VIP Laminate
Priority Access to the Venue

“The energy from the band and fans alike is consistently high: onlookers mosh and headbang in unison” –  The Up Coming

Their most successful album “Satellite” reached Platinum status in Australia and Gold in New Zealand. The album produced four singles – “Alive”, “Youth Of The Nation”, “Boom” plus the title track.

“P.O.D. pulled the trigger on the night with a performance of classic proportions” – Shakenstir.co.uk

Don’t miss your chance to see P.O.D. blow audiences away down under this April.