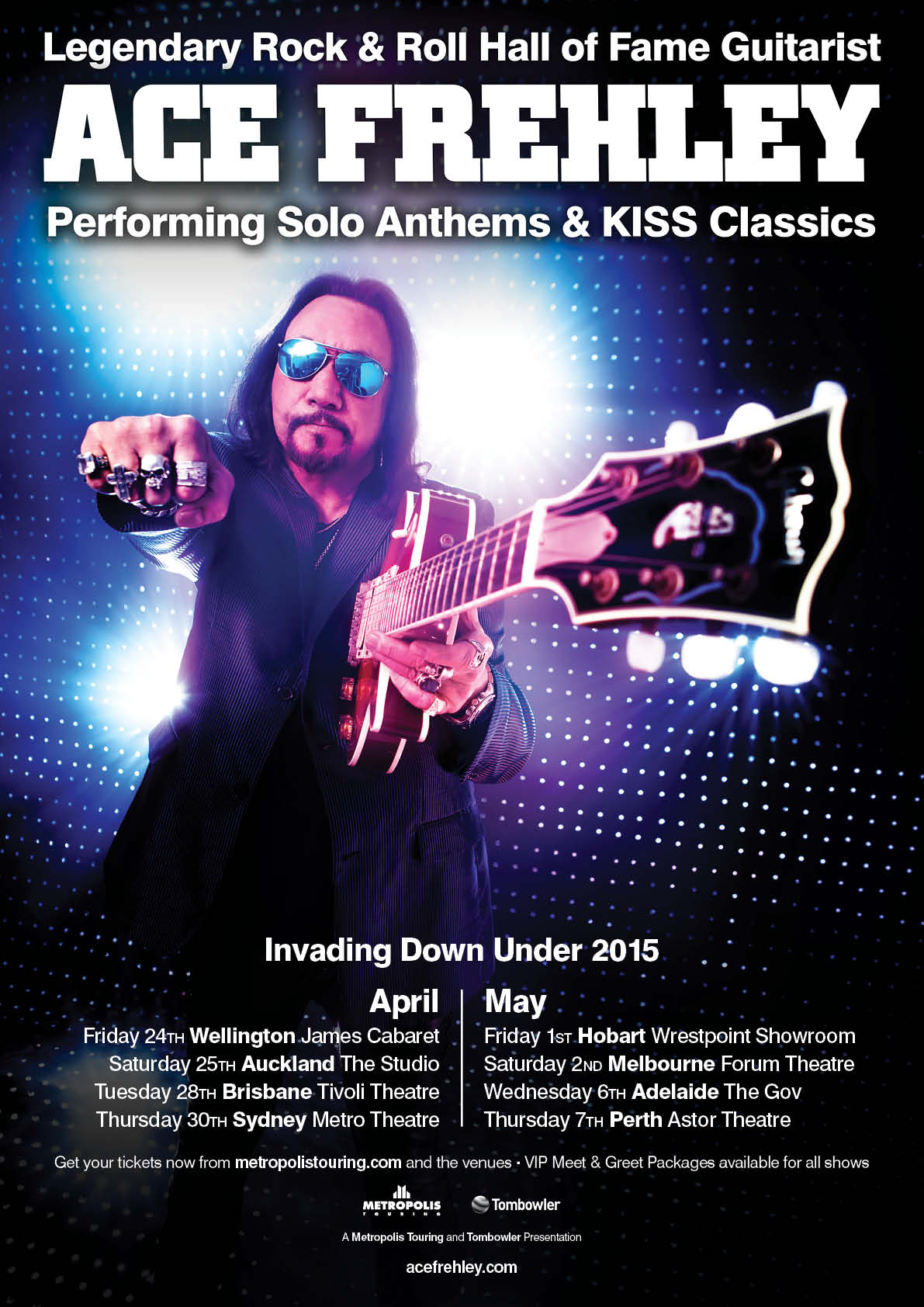 “From Kiss classics to tracks from his newest album, and everything in between, fans would be hard pressed to leave wanting much more.” – Fangoria magazine.

Ace Frehley has announced his first Australian shows in five years and his first New Zealand solo shows ever.

“I CAN’T WAIT TO GET DOWN TO NEW ZEALAND AND AUSTRALIA WITH THIS NEW LINEUP. I’LL BE PERFORMING ACE CLASSICS AS WELL AS SONGS OFF MY NEW CD ‘SPACE INVADER’ FOR THE ENJOYMENT OF THE FANS. LET THERE BE ROCK!”

With a setlist that includes such stellar KISS diamonds as ‘Strutter’, ‘Cold Gin’, ‘King Of The Night Time World’, ‘Love Gun’, ‘Deuce’, ‘Shock Me’ and ‘Detroit Rock City’, you just know these will be ferociously exciting shows.

The 2014 Rock and Roll Hall of Fame inductee recently made history with his new album ‘Space Invader’, which debuted at #9 on the Billboard Chart.

“It cannot be denied how many fledgling guitar players he has inspired over the years, or how many established players name Ace their favourite!” – Uber Rock

As well as his hit single “New York Groove” Ace will also be performing gems that you’ll never hear KISS play, including ‘Rocket Ride, Strange Ways’, and ‘Parasite’. Ace Frehley live in 2015 is an absolute must for anyone who loves gutsy arse-kicking rock.

“Concert goers looking for a night of fun, no holds barred Rock-n-Roll with excellent guitar work, and wall to wall energy and excitement, look no further than Ace Frehley live on stage.” – Cryptic Rock