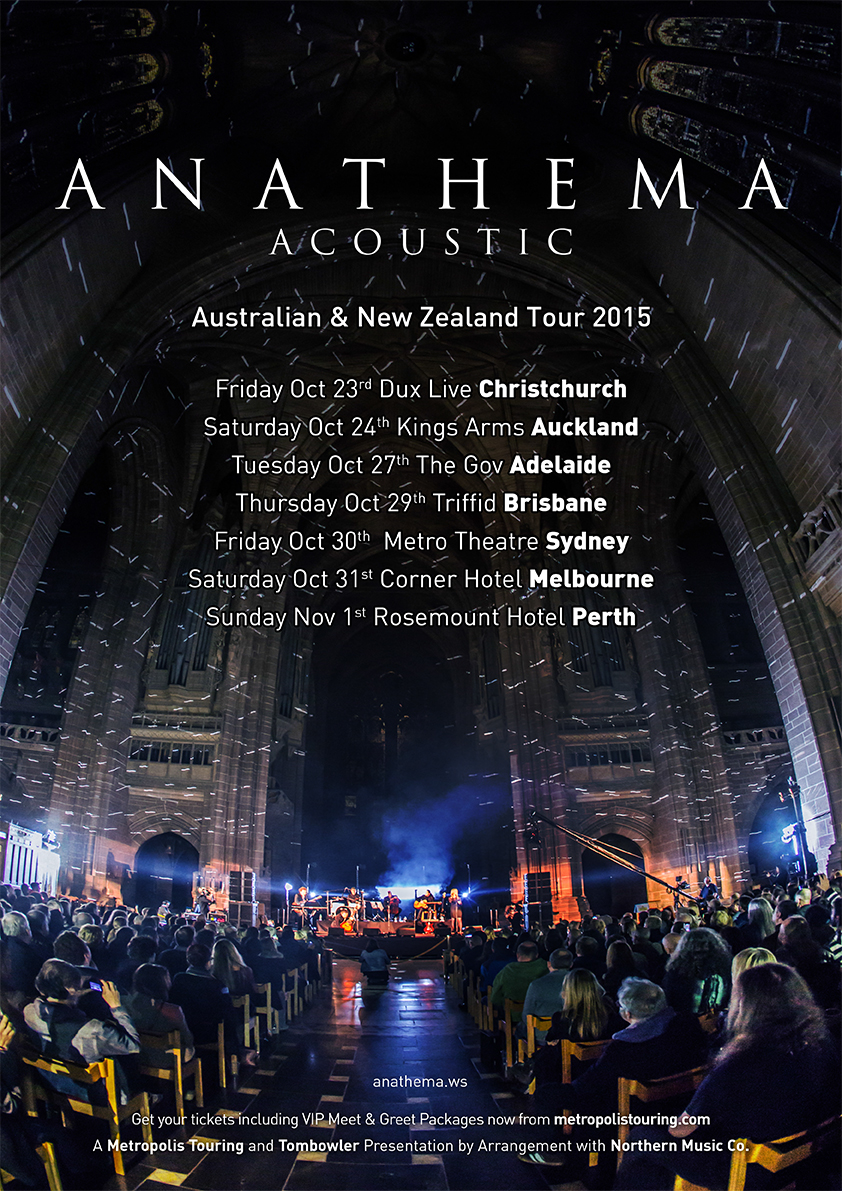 Metropolis Touring and Tombowler are very proud to present:

“Joy, pleasure, pain, looking around the audience you could feel it all.” – Metal Obsession

Following an incredibly successful first tour of Australia in August 2014, Anathema are set to return in October 2015 for a series of acoustic concerts. On this second trip Down Under, Anathema will also perform in New Zealand, Adelaide and Perth for the first time ever!

“Truly sublime renditions” – The Lost Song “Beautiful, heart-wrenching and most of all uplifting” – ArtRocker

Anathema’s reputation for both recorded and live output is growing with every month.  From their first album ‘Serenades’ in 1993 right up to 2014’s ‘distant satellites’ each release has been increasingly acclaimed, proving that this band are at the peak of creative excellence.  At the 2014 Prog Music Awards the song ‘Anathema’ from ‘distant satellites’ won Best Song of the Year, while the album itself was nominated for Best Album of the Year.

“Throughout the set, vocalist Vincent’s brooding presence dominated the stage, locking eyes with the audience as he powered through song after song of love, lust, and loss.” – SF Media

Known for their incredibly atmospheric jaw-drop-inducing live performance, on their forthcoming tour Anathema will be taking the beauty and honesty that can only be found from an acoustic instrument and sharing it with their Australian and New Zealand fans across seven dates.  Expect to hear crystal clear tones during a night of the highest of fidelity.

“I’ve waited since I was a child to say, ‘good evening, Australia!’ … It’s very nice to meet you.” – Vincent Cavanagh, Anathema