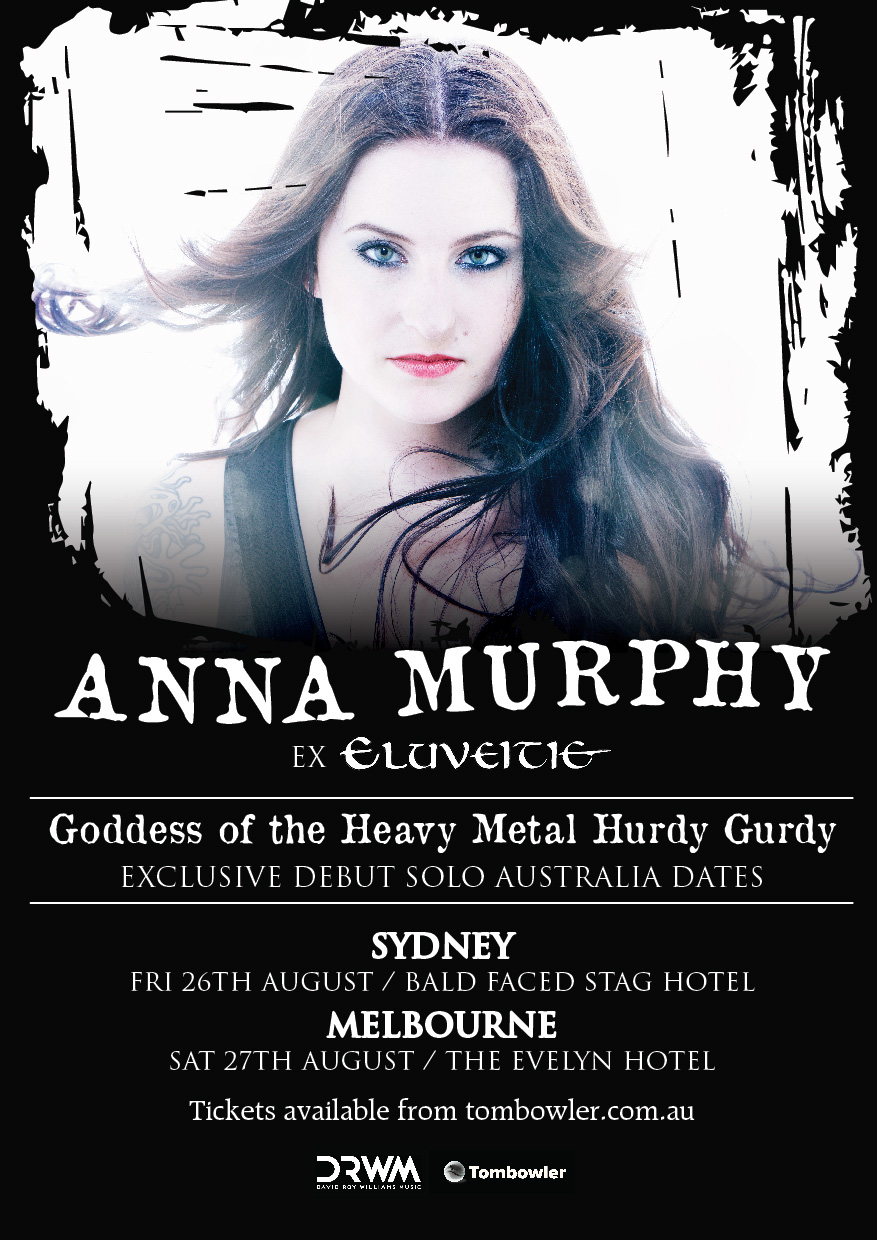 Previously planned for March, Anna will present a selection of her own catalogue of solo material, including her a brand new yet-unreleased single (her first in 3 years!) as well as a few choice Eluveitie artifacts, in an intimate acoustic setting, with her uniquely intense voice accompanied by former Eluveitie bandmates Merlin Sutter (drums, percussion) and Ivo Henzi (guitar).

In addition to her vital role in Eluveitie (whom she joined when just 16 years old), Anna Murphy has recorded and performed with many other musicians including Lethe (a collaboration with Manes founder Tor-Helge Skei), folk collective Fräkmündt (which also features Eluveitie’s founder Chrigel Glanzmann), alt-metal/ neofolk outfit Nucleus Torn, and ambient project godnr.universe! which she formed with ex-Eluveitie violinist Meri Tadic. Anna’s diverse musical activity resulted in the ambitious solo album “Cellar Darling”, which has received ecstatic reviews.

“The power from her voice… keeps drawing you in” Rock Regeneration

Anna’s solo show will feature favourites from her album ‘Cellar Darling’ including the single “Twin Flames” and the intimate ballad “Woebegone”, the exclusive live premiere of her brand new single, as well as performances of Eluveitie hits (co-)written by her such as “A Rose For Epona” and “Voveso in Mori”.

A show like this doesn’t come along all that often so fans should grab one of the limited number of tickets as soon as possible.

“The disparate influences are all tied together by Anna’s mellifluous, full-lunged vocals” Songwriting Magazine