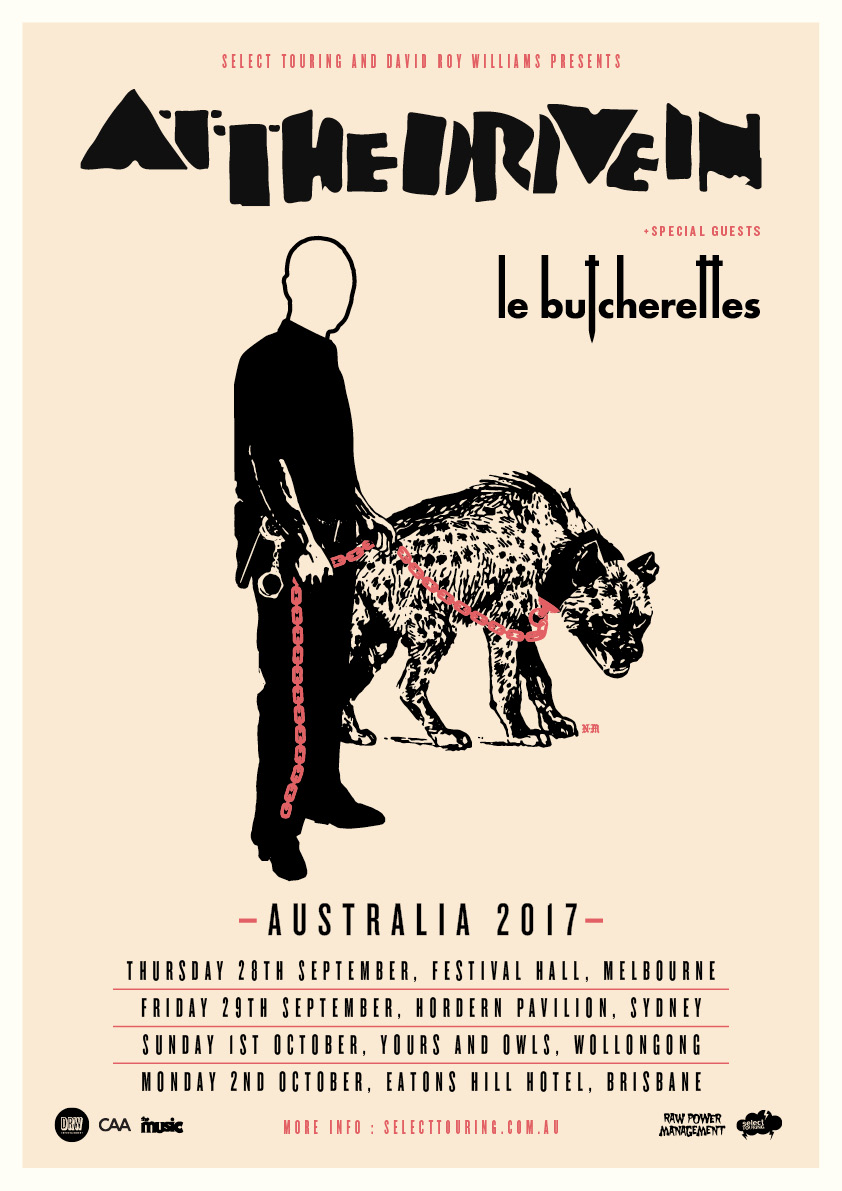 “This feels like At The Drive-In circa 2000; volatile and raw, stark and memorable.” NME

Recently reunited and desperately in-demand Texan post hardcore pioneers, At The Drive In, today announce a very special appearance this September at Wollongong festival Yours & Owls. Marking their debut performance in the coastal town, this will be an experience Wollongong natives will be speaking about for a very long time!

Joining them on their Australian tour will be Tex-Mex goodness Le Butcherettes fresh from their non-stop American tour, and who also happen to be making an appearance at this year’s Yours & Owls. Their albums have seen collaborations with Henry Rollins, Shirley Manson and ATDI’S very own Omar Rodriguez-Lopez, and include spitting tracks ‘Henry Don’t Got Love’ and ‘I’m Getting Sick of You’. These guys will be bringing their sophisticated punk n roll to Australian stages, setting the audience up for At The Drive In to knock ‘em down.

Early last year At The Drive In fans were delivered the news they had been longing for… the band had reassembled, announcing plans to release new music and tour the globe. They blew in Australia mid-year to play an epic set at Splendour in The Grass and two intimate (for them,) shows in Sydney (Enmore) and Melbourne (Forum) that sold out instantly, marking their grand return to the live stage for the first time since 2012. This announcement for the Yours & Owls performance brings a long awaited opportunity for audiences to catch these guys rock the ‘Gong at a ‘small’ big festival!

‘Governed By Contagions’  was released in December last year, the first taste of what to expect from the band’s fourth studio record ‘in • ter a • li • a’, coming seventeen years after the release of 2000’s seminal LP ‘Relationship of Command’. In February they dropped second single ‘Incurably Innocent’, in April  ‘Hostage Stamps’ hit the airwaves, and on May 5 the full album released, just in time to let it sink in before the band hits the Australian stage.