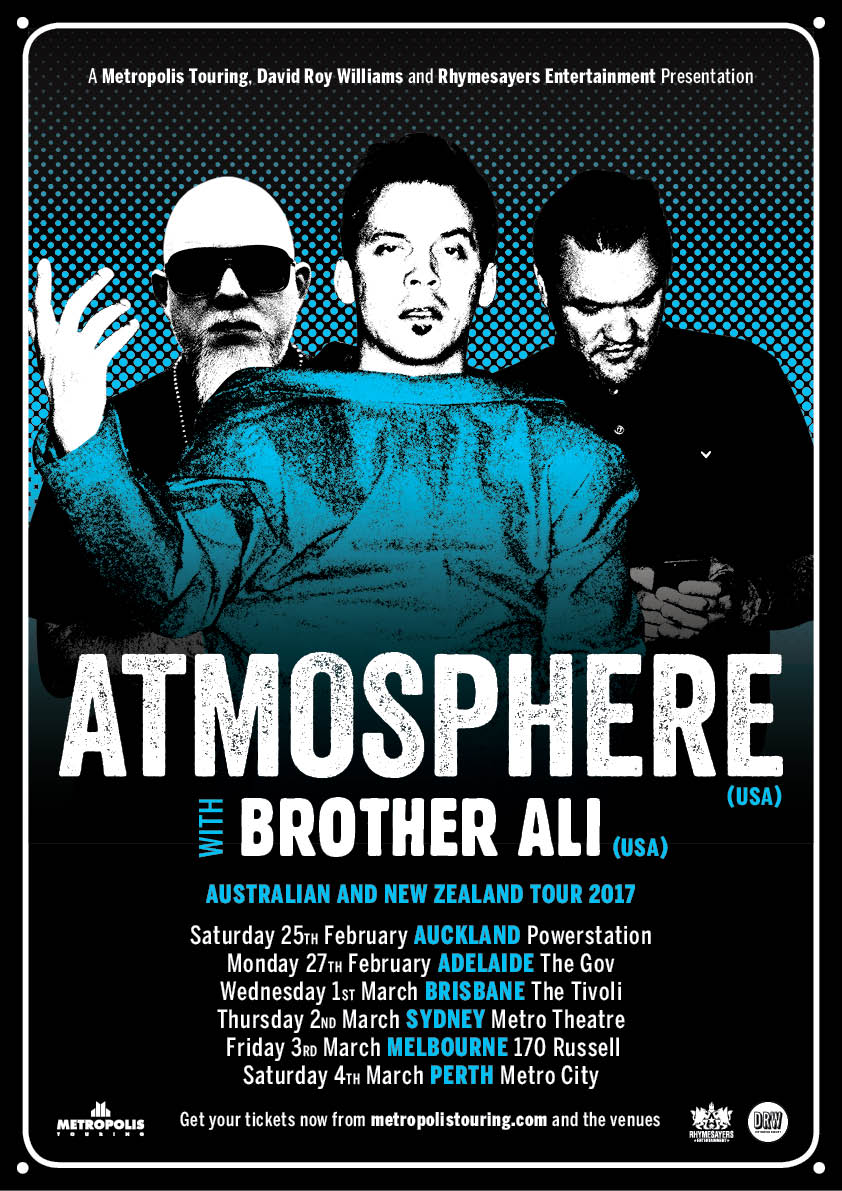 US hip-hop trailblazers Atmosphere and Brother Ali return to Australia and New Zealand in 2017 – and this time they’re coming together.

A solid musical alliance, these two unique acts helped to define Minnesota hip-hop, reaching global heights with combined legacies spanning over 20 albums and 30 years. Both have been a driving force in alternative hip-hop, inspiring generations with stories of social justice, individualism and the human condition.

Headed by popular lyricist Slug alongside DJ/producer Ant, Atmosphere visit for the first time since 2012, performing hits like ‘Trying to Find A Balance’, ‘Sunshine’, ‘Yesterday’ and ‘The Best Day’ as well as songs from their new album Fishing Blues.

Returning after a hugely influential keynote address at Australia’s BIGSOUND conference Brother Ali joins the tour and is sure to get hands in the air with bouncing beats ‘Forest Whitiker’ and ‘Uncle Sam Goddamn’.

Atmosphere and Brother Ali have long been at the forefront of the independent hip-hop scene, continually pushing the boundaries of the genre and making music unlike anything heard in the commercial sphere.

Buzzing reviews are rolling in for their current US shows, boasting crowds awash with old and new generations of fans. At a time when the power of words are more important than ever, this is sure to be an inspiring alliance of live lyricism.