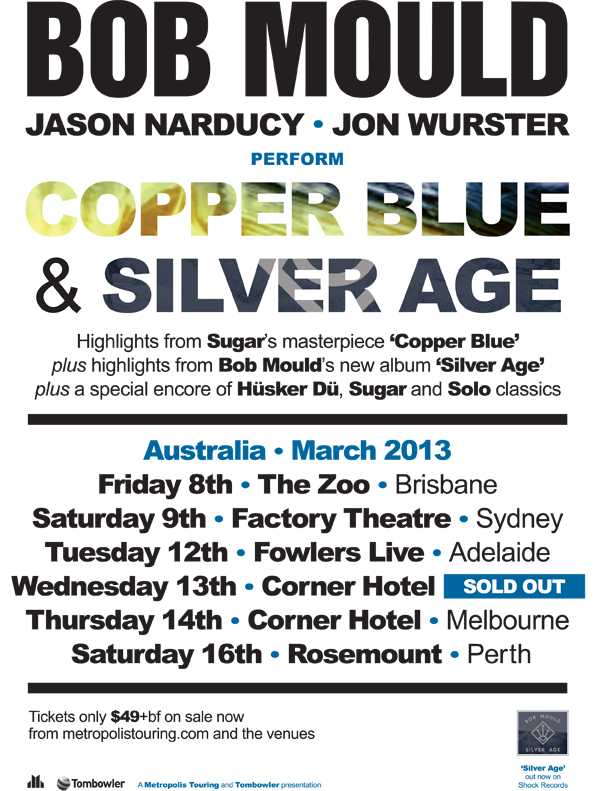 1984 – Hüsker Dü release Zen Arcade,  an album which “exploded the limits of hardcore and what it could achieve… it’s impossible to overestimate the impact of Zen Arcade on the American rock underground” (Allmusic)

2013 – Bob Mould finally returns to Australia with his band to play selections from Copper Blue and Silver Age as well as highlights from his immensely influential Hüsker Dü, Sugar and Solo catalogue.

There really is nothing more that needs be said.