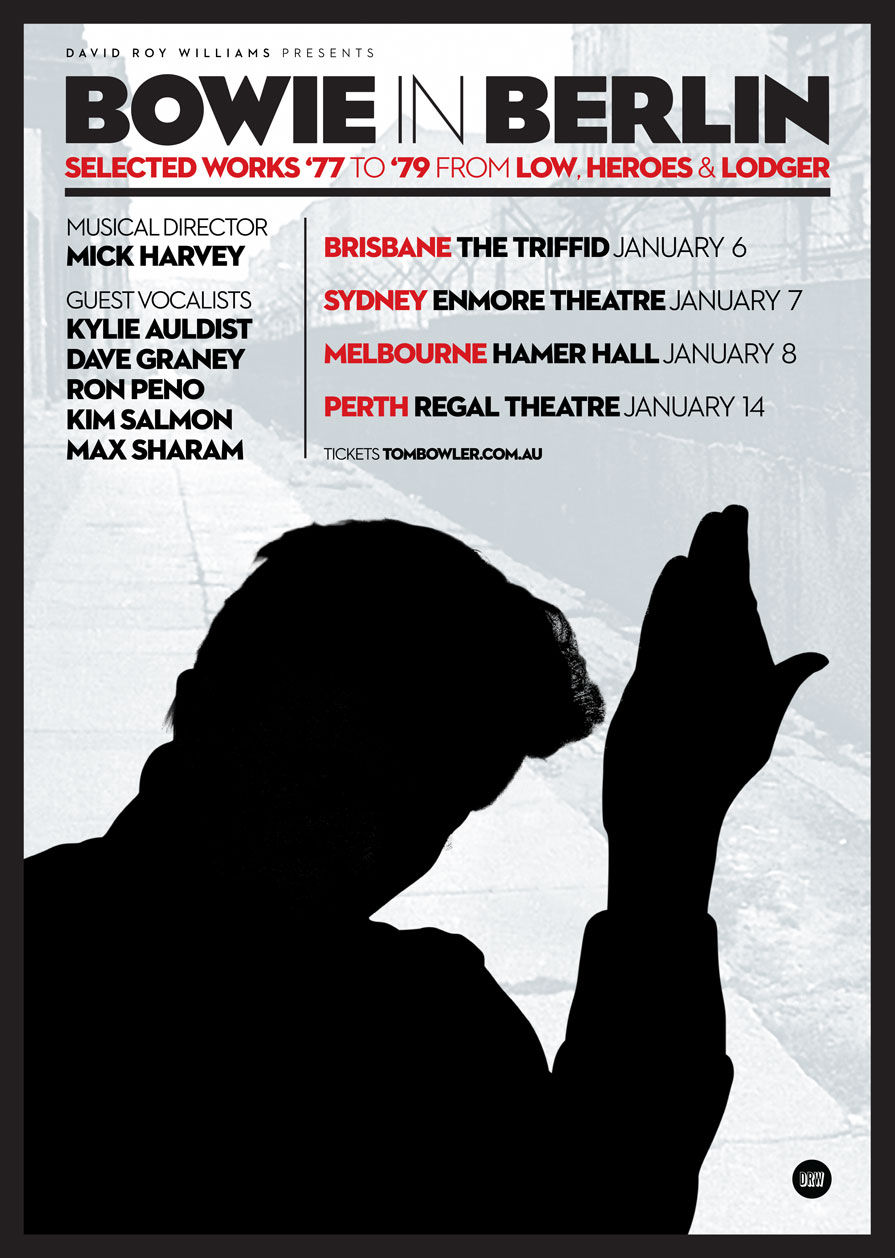 Jan 2017 marks another anniversary. One week after Bowie’s 30th birthday he released the most astounding album of an already astonishing career – Low.

Following the glam-bam of Ziggy, the dystopian Diamond Dogs, and the funk soul of Young Americans, Bowie signaled his back-to-Europe intent with Station To Station, but no-one was prepared for what was to come.

The Berlin Trilogy encapsulated some of Bowie’s most thought provoking work. Recorded with Brian Eno and Tony Visconti, and with contributions from Carlos Alomar, Robert Fripp, Iggy Pop & Adrian Belew, Bowie’s music of the late 70’s evoked glacial images of isolation and loss of identity set against the barbed-wire bleakness of the Berlin Wall.

Low featured 7 sharp rock-pop stabs on side one and a stark soundtrack of pain on the flipside. It was an album that confounded and mesmerized, splitting fans and critics alike.

The highpoint of this era is the Krautrock influenced “Heroes” featuring the motoric V2-Schneider, the sweeping atmospherics of “Sense Of Doubt” and of course the ground breaking title track, one of Bowie’s greatest hit singles.

The finale of the trilogy, Lodger, saw the world weary traveler in search of stability in a world spinning out of control, and features classics such as “DJ”, “Look Back In Anger” and “Boys Keep Swinging”.

(Mick Harvey will not be appearing in Perth.)