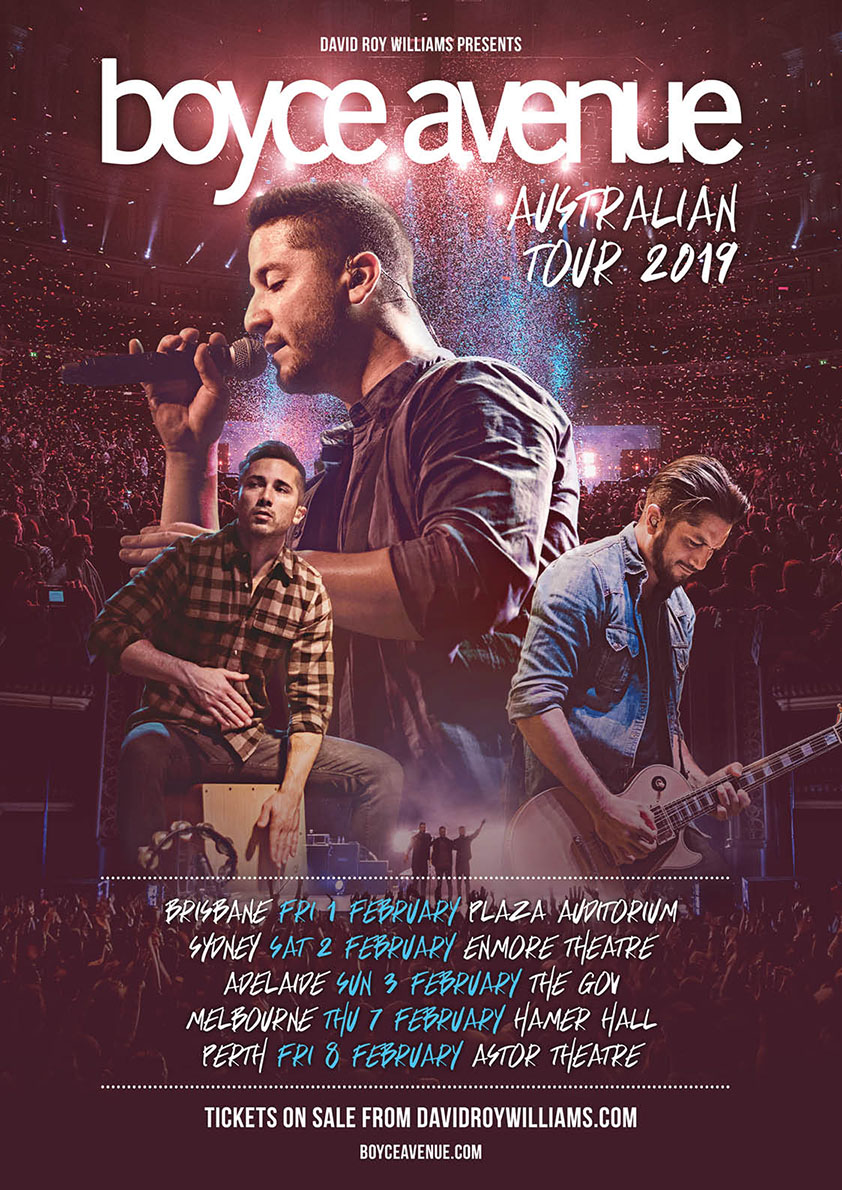 One of the most popular and viewed YouTube bands in the world, Boyce Avenue, have announced their return to Australia in February 2019!

Boyce Avenue is a Florida-based band that consists of three brothers Alejandro, Fabian, and Daniel Manzano. The brothers first came together as a band in 2004 and in 2007 decided to start filming and posting videos on YouTube.  The videos began to resonate instantly with YouTube viewers and to date the band’s YouTube channel has amassed over 4.3 Billion views and over 11.9 Million subscribers making them one of the biggest independent bands on the network. Boyce Avenue also have over 500,000 Twitter followers and almost 3 million Facebook subscribers, forging a lasting and passionate digital fan base that have followed the band’s every move for years.

Some of their biggest hits include: We Can’t Stop (Miley Cyrus) 181 million views, Mirrors (Justin Timberlake) 175 Million views, When I was Your Man (Bruno Mars) 114 million views,  A Thousand Years (Christina Perri) 104 million views. Their most recent YouTube uploads include How To Save A Life (The Fray), Iris (Goo Goo Dolls), Girls Like You (Maroon 5) and Happier (Ed Sheeran).

In 2010, they released their debut album, All We Have Left. Boyce Avenue proudly release their music independently and have gone on to sell in excess of 10 Million singles and 500 Million streams to date, making them one of the most successful independent bands in the world.

Boyce Avenue have also enjoyed massive touring success across the world frequently touring North America, South America, Asia, The Middle East and of course Australia.  Their last Australian tour in 2016 was a total sell out.