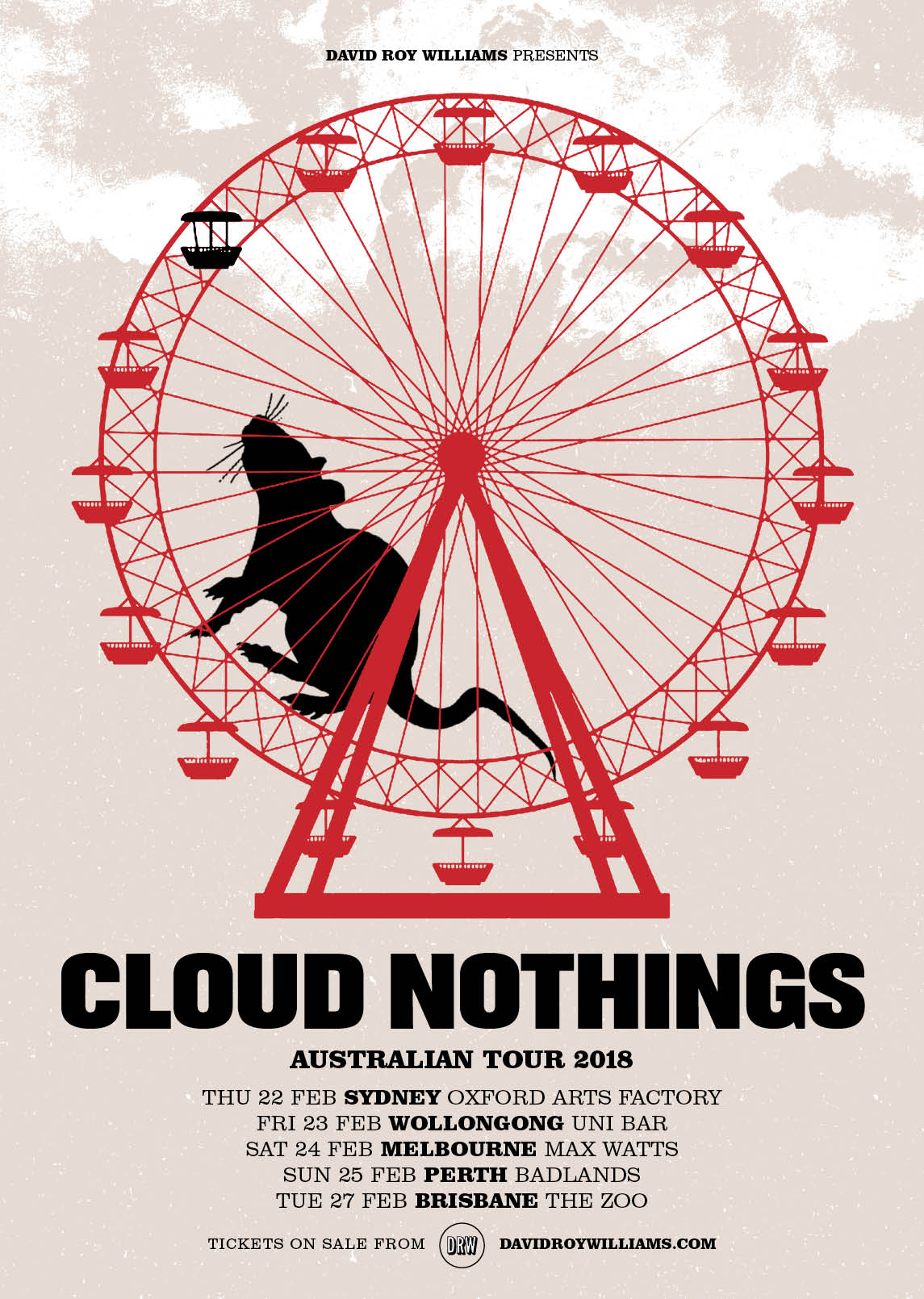 Fresh from a huge European and US tour with heavyweight rock-revival favourites, Japandroids, in-demand Cloud Nothings are returning for the first time since 2014, bringing their heavily-praised fourth studio album, “Life Without Sound” to Australian shores.

From its beginnings in Dylan Baldi’s basement in 2009 to include the trio of drummer Jayson Gerycz and bassist TJ Duke, Cloud Nothings are a band that continue to challenge the genre, while remaining nostalgic and loyal to their loud and brash basement roots.

In the band’s most bold and unprecedented phase, a second guitarist, Chris Brown, has bulked up the band’s lo-fi sound resulting in a remarkable expansion in the Cloud Nothings story and production.

If their new album – recorded with producer John Goodmanson (Sleater-Kinney, Blonde Redhead) – has delved into a more cohesive chapter in the band’s journey, their live shows still inspire some of the most fanatic praise of the band’s raw and driving energy.

Recent international shows have undoubtedly confirmed Cloud Nothings as one of the most invigorating, magnetic, and yet enigmatic live bands, as fans get the sense that the band’s metamorphosis is coming to its most important and career-defining stage.

“Cloud Nothings have mastered the art of thrashing catharsis, pummeling out the anxieties of nostalgia and expectation with bloody verve.” – Pitchfork