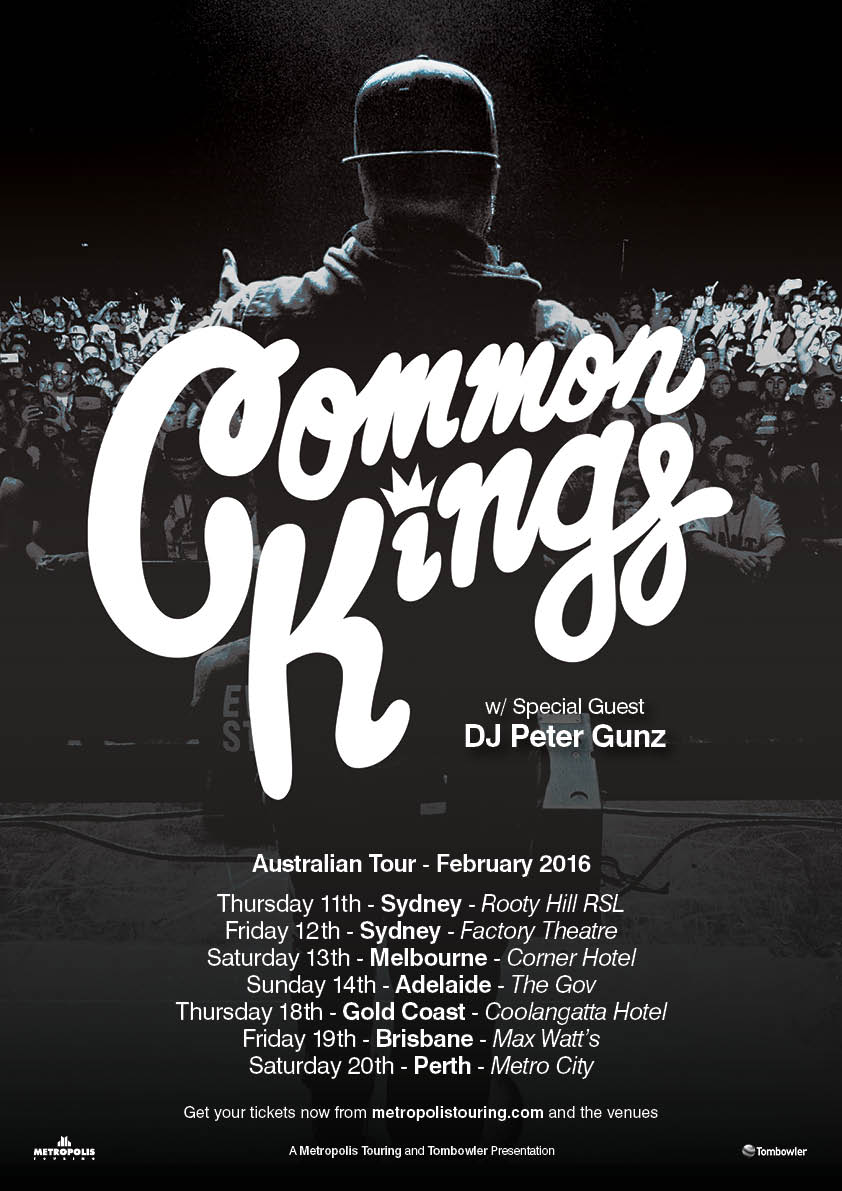 Hailing from around the South Pacific, Hawaii and Orange County, COMMON KINGS have been hailed as one of the best and brightest upcoming stars in the music scene today. It is not just luck that played the role in them being chosen as the main support band for Justin Timberlake’s Australian tour in 2014! Now they return for their own headline run across Australia and it promises to be one of most fun shows of the year!

“The chemistry of the band, fusion of sounds, and energy of their performances make watching a Common Kings show a royal occasion!” – The What It Do

Their Polynesian Roots combined with pop, rock, reggae and RnB influences has them making waves all over the world. Their fans grow in large numbers everyday, and they have well over 10 million views on their YouTube channel.

“They act as one and work as a team as each member puts forth their finest effort in an all around display of musical fortitude.” – The Pier

Their live shows are incredibly interactive and often has the entire audience singing and dancing along to their tunes. Common Kings deliver this sense of happiness and belonging, and as much as you are there to watch the band, the band makes everyone in the audience feel just as important. Combining their various influences, the shows go from laid back chilled out vibes to an all out excited rock music atmosphere.

“There are few bands that make you smile when they start playing and the Common Kings are one of them. The next generation in feel good music is here.” – Blank Gold Coast

Get ready for Common Kings to steal your heart and take your breath away. They will win you over with their array of head-rocking beats, relatable lyrics and feel-good vibes. You will leave the show happier than you’ve ever been while looking up dates for their next show!

“As the Common Kings took the stage, they had your heart aflutter as it was already given to them. And they were exhilaratingly on fire.” – Examiner