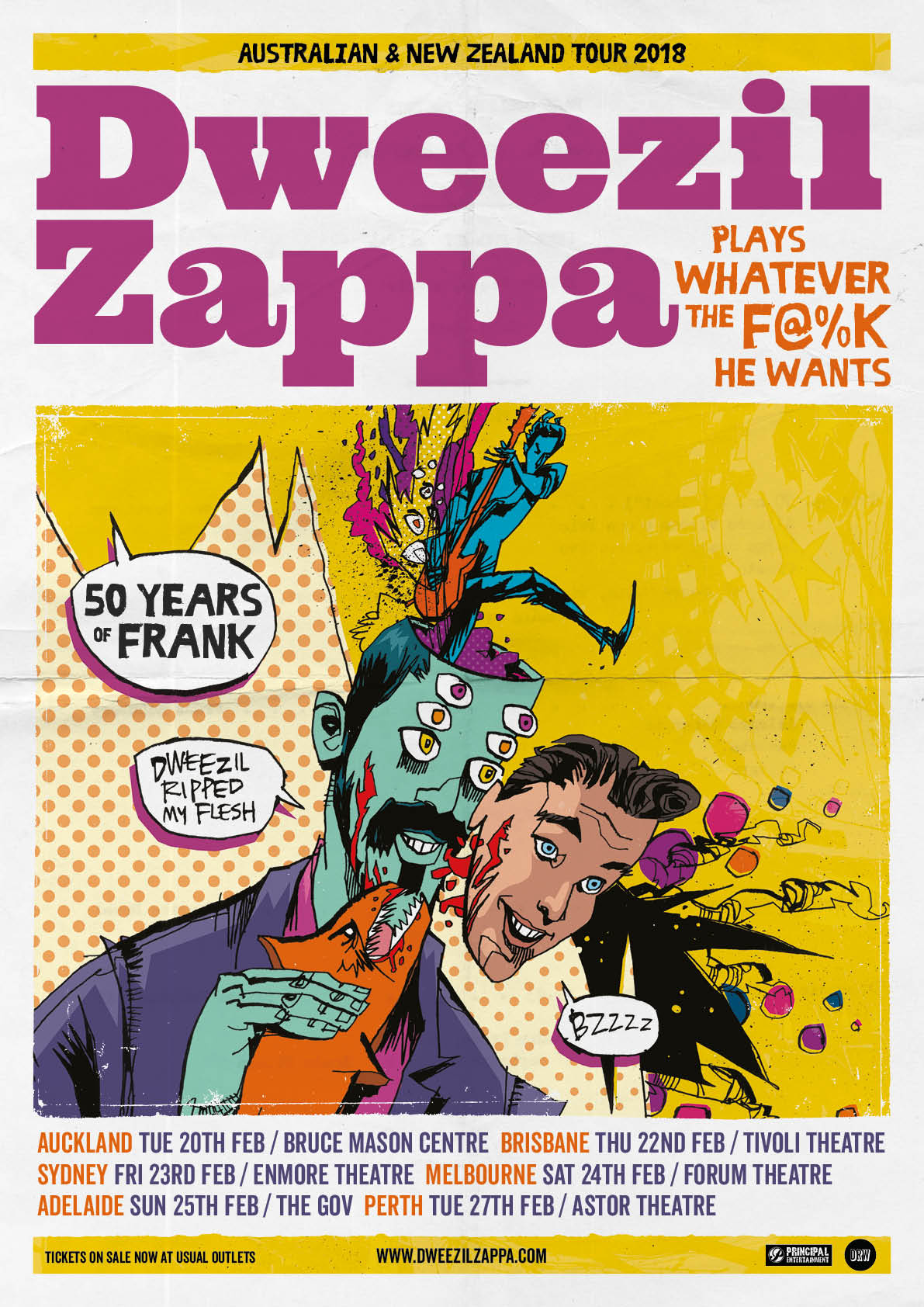 CELEBRATING 50 YEARS OF FRANK IN ONE NIGHT

David Roy Williams in collaboration with Principal Entertainment present Dweezil Zappa, son of the legendary Frank Zappa, celebrating 50 years of Zappa with a series of concerts and exclusive guitar masterclasses in Australia & New Zealand in early 2018.

Sheik Yerbouti next February, 2018 as the legendary music of Frank Zappa is celebrated live on stage by the man’s prodigiously talented son Dweezil Zappa and his band The Others of Intention.

Freak Out to some of the most inventive and wildly original music ever committed to tape! Discover Who Are The Brain Police as Dweezil conducts immaculate explorations and excavations of Frank’s 50 year old debut album.  Take a drive with the Muffin Man along the Inca Roads in the Orange County Lumber Truck as Dweezil digs in for a suite mined from one of Frank Zappa’s most acclaimed albums, Joe’s Garage.

Dweezil will be whippin’ up a G-Spot Tornado, as he explores everything from the deepest album cuts through to the cult favourites that have made Frank Zappa and his music such an indelible influence on our musical culture.

Before you ask Is That All There Is? Dweezil will be holding exclusive and strictly limited guitar master classes and Q&A session before each show, exploring exciting new approaches to guitar that he has employed to play his dad’s most sophisticated and challenging melodies.  So you can Shut Up ‘n Play Yer Guitar, and take a step closer to mastering The Black Page, these masterclasses provide theories that destroy the boundaries that confine music creativity.

So don’t be a Zomby Woof, move like the Teen-Age Wind and grab a ticket before they are all gone, as The Son Of Shut Up and Play Yer Guitar shows you how it’s done.