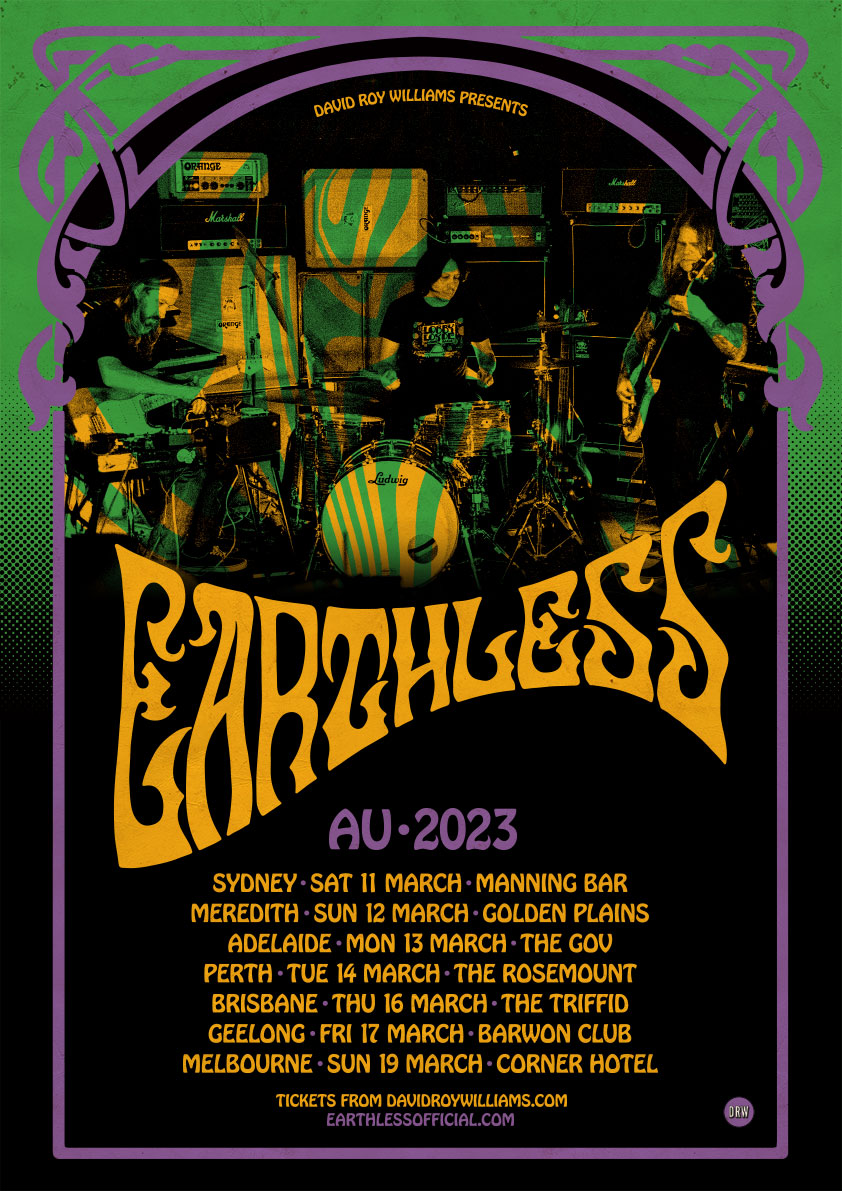 Formed in 2001 in San Diego and citing Japanese psych bands like Blues Creation, and Krautrock bands like Amon Düül II as early inspiration, Earthless have risen to the top of the hard rock/heavy psych scenes in recent years. Comprised of guitarist Isaiah Mitchell, drummer Mario Rubalcaba , and bassist Mike Eginton, Earthless continue to deliver spellbinding performances every time they step onto a stage.

Whereas 2018 saw the band take a detour into shorter songs, and vocals from guitarist Isaiah Mitchell on much of the album — an unprecedented move for the San Diego power trio — their latest album is a return to the epic instrumentals Earthless made their unmistakable name on. Night Parade Of One Hundred Demons is comprised of two monster songs — the 41-minute, two-part title track and the 20-minute “Death To The Red Sun.”

“My son is really into mythical creatures and old folk stories about monsters and ghosts,” explains, Mike Eginton, who also created the Night Parade cover artwork. “We came across the ‘Night Parade of One Hundred Demons’ in a book of traditional Japanese ghost stories. I like the idea of people hiding and being able to hear the madness but not see it. It’s the fear of the unknown.”

“[The new material] definitely has a darker, almost evil kind of vibe compared to stuff we’ve done in the past,” Rubalcaba says. “There’s more paranoia and noise, and some of Isaiah’s whammy-bar stuff kind of reminds me of these Jeff Hanneman moments in Reign In Blood, where it just seems like everything is going to hell. It’s pretty fun.”

Throughout, Earthless’s flamethrower approach remains – their music melts and burns and completely envelopes an audience. Old fans and new will not be disappointed when they head down our way in March.

“From the outset, the trio ascend star-ward for a ceaseless psychedelic voyage through the cosmos, without ever looking back at the pale blue dot.” The Skinny UK

“We had been collectively blown away by a shared an experience that very few people get the privilege of witnessing. I could see in people’s eyes ‘the rest of the world really don’t know what they are missing’.” Peppermint Iguana 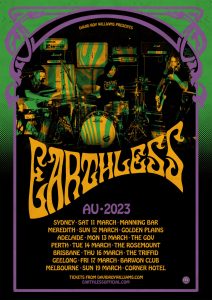