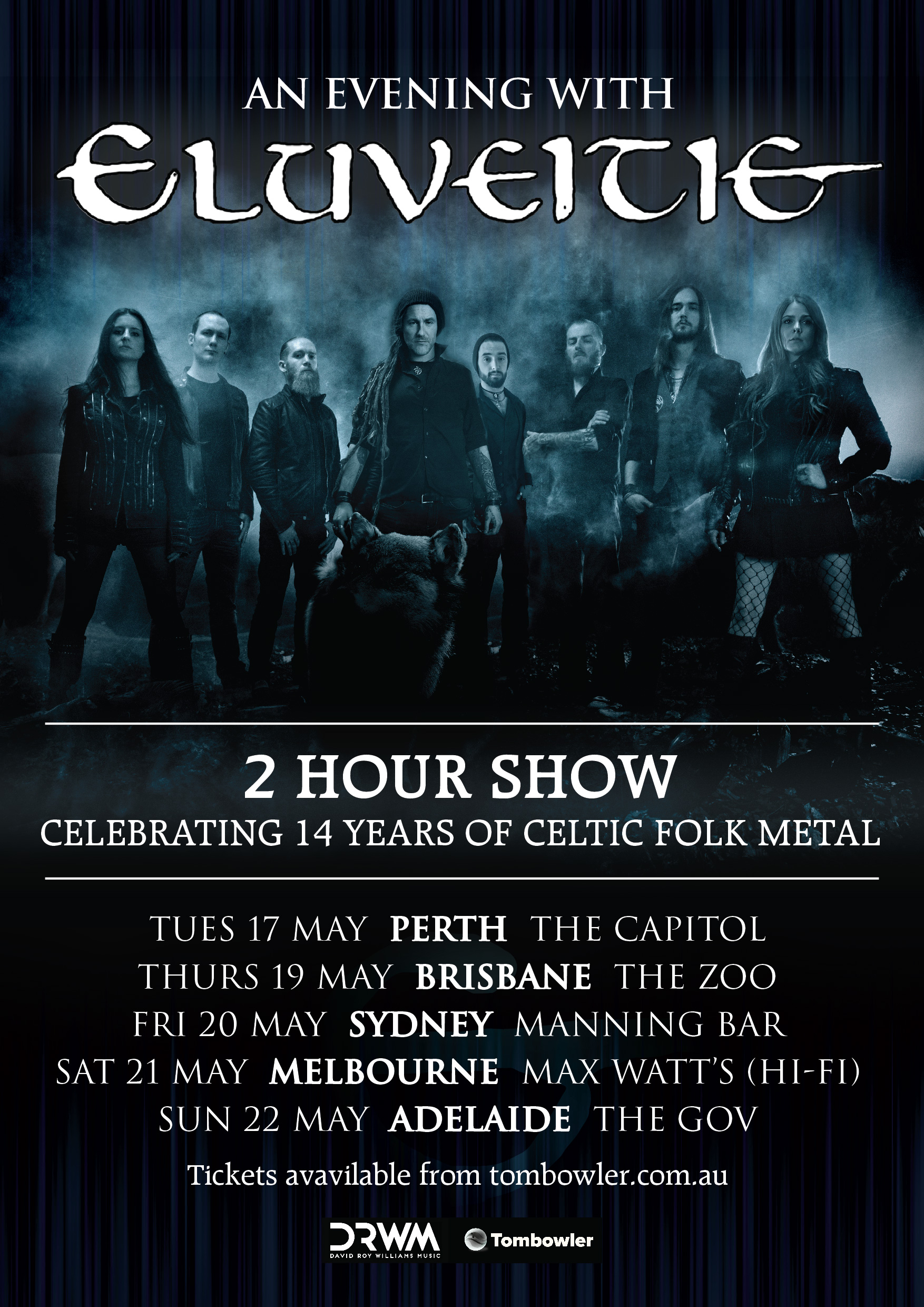 The world’s preeminent proponents of melodic death metal and Celtic folk are returning to Australia. The eight members of Eluveitie fill the stage while their exquisitely brutal music fills the room – Bonebreakingly heavy guitars and ferociously pummeling drums face off with whistles, hurdy gurdy, bagpipes, flute and violin to deliver a metal experience like no other.

Formed in 2002 by Chrigel Glanzmann, Eluveitie breathes life into the history and myths of Western Europe long ago with a mix of poetic beauty and intense onslaught. Heroic tales of Kings and furious battles are juxtaposed with serene narratives of lands lost and legends of bountiful Gods.

Chrigel’s guttural growl and Anna Murphy’s beautiful soaring voice alternate over shredding riffs and ethereal melodies that will have you moshing one minute, dancing the next, and in blissed out rhapsody by the end of the show.

And what a show this will be! The band are very excited to present for the first time a 2 hour show featuring songs spanning their entire career, from the record that stated it all, Vên, the first full band album, Spirit, the classics Slania and Everything Remains, right through to the band’s most recent work, Origins. Along the way the band will offer many surprises including a unique acoustic interlude which will leave you dazed by its austere elegance.

Eluveitie’s shows are acknowledged as amongst the best in the world and the 2016 tour is guaranteed to be extra special.

And yes, Adelaide and Perth… Eluveitie made a special request to visit your wonderful cities for this tour and are very excited to be coming to play for you in 2016 – make sure you reciprocate their enthusiasm and get your tickets soon as!