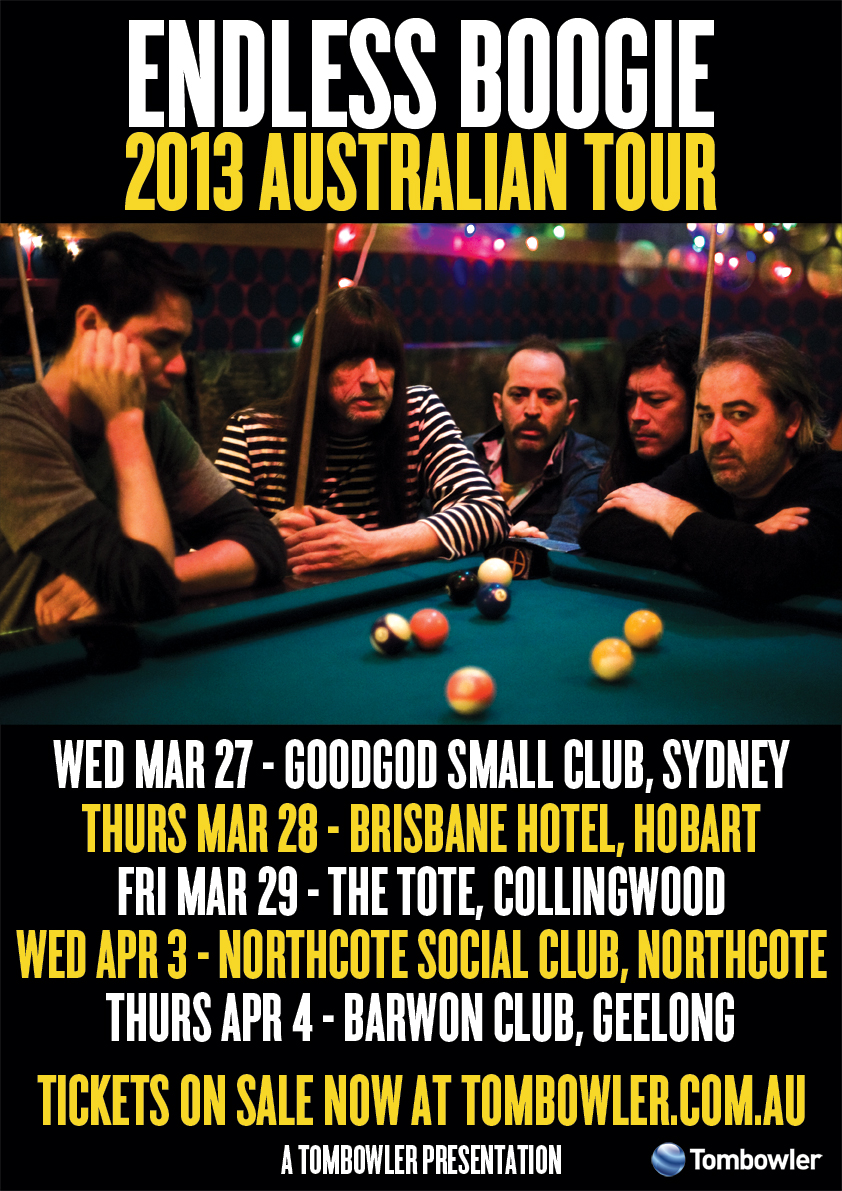 The hit of Golden Plains Sixxx, Endless Boogie, are heading back to where so much of the music they love derives. The Aztecs, God, Masters Apprentices, Buffalo, and of course The Coloured Balls – undeniable influences all on the Endless Boogie sound.

“The upcoming tour will be like coming home”, says guitarist Paul Major. “There was something going on with those bands. That stuff is different to what was going on in other parts of the world. At that time there were lots of bands getting into technique, and people like Eric Clapton were losing their way. But those Australian bands had more of the original rock’n’roll spirit in them. It’s something more wild and heavy. Everyone’s really on the same crazy spaceship – that’s the groove we’re looking for when we play.”

Named after the seminal John Lee Hooker track, what you get then from Endless Boogie is a meltdown of metallic psychedelia with a heavy dose of riffage, a kick-arse beat and super cryptic lyrics. Fuse Jesper Eklow’s solid chuggin’ guitar to the motorik groove pounded out by the rhythm section of Harry Drudz and Mac Razo, and then layer over Major’s soaring lead lines and growled vocal – what you end up with is a thunderous hypnotic maelstrom of pure rock energy.