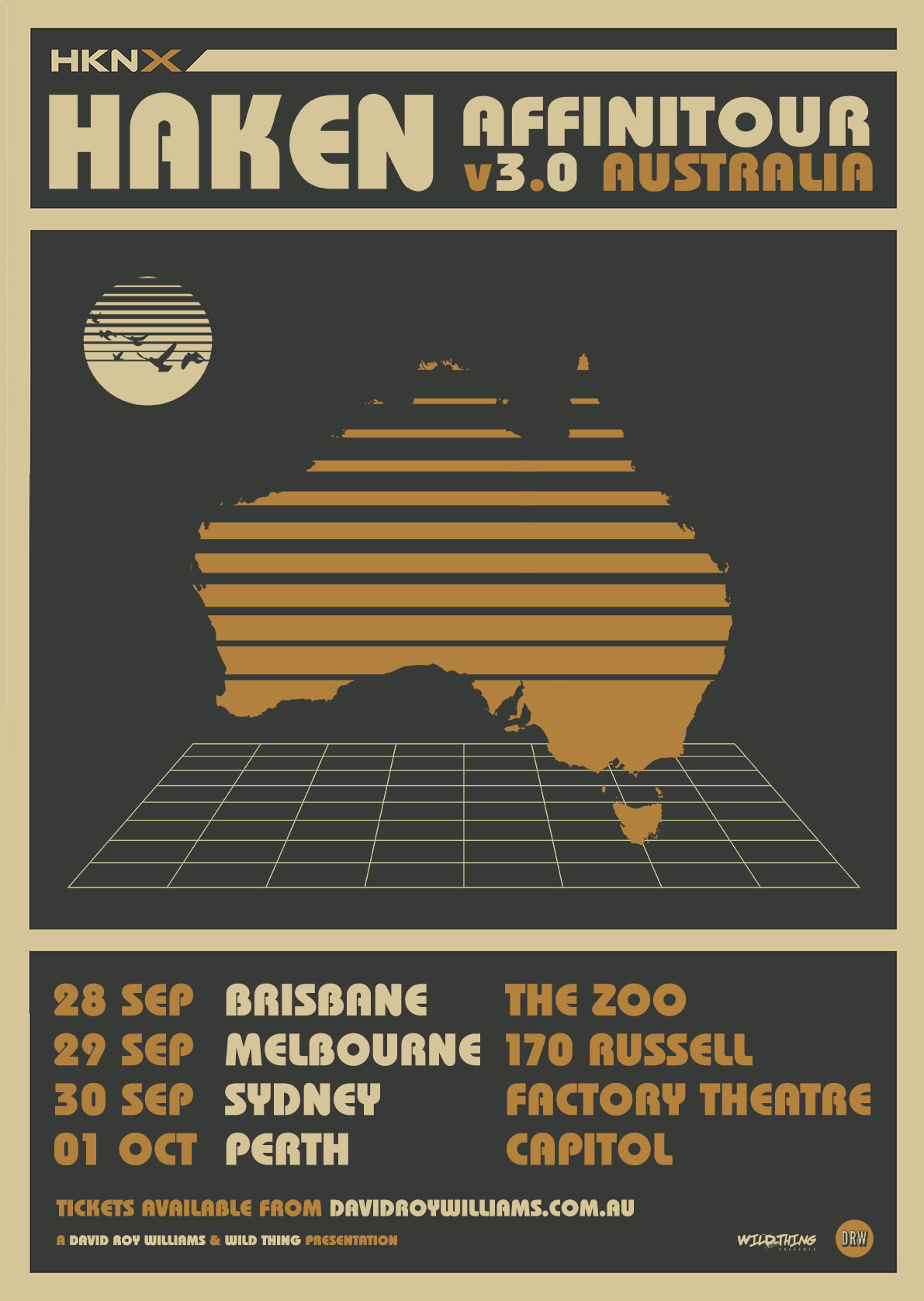 Space-age progressive virtuosos present works from their masterful new album plus selections from 10 years of their groundbreaking best.

“Haken is the best thing to happen to progressive metal in many, many years.” Hellbound

Haken have become established leaders in the heavier progressive scene. Rated favourably alongside the band’s heroes Yes, Rush, Genesis and King Crimson by fans and critics alike, Haken also draw comparisons to more recent giants including Steven Wilson and Dream Theater. Riding the line between prog-rock and progressive metal with deftness and purpose, Haken create for modern lovers of intelligent heavy rock music a sound uniquely theirs. It goes without saying that the standard of musicianship on display is phenomenal.

“I love a band called Haken… pretty much blown my toes off – it’s so great!” Jordan Rudess (Dream Theater)

Haken’s latest album “Affinity” has received critical acclaim and the band are thrilled to be able to perform newly minted classics from the album including “Initiate”, “1985” and “The Architect”. Australian audiences can also anticipate choice cuts from throughout their decade long career, including some of the more intricate elongated songs, such as “Cockroach King”, for which Haken are renowned.

Haken combine skill, incredible songwriting, humor and humility to create a memorable night of the finest music this genre has to offer. Don’t miss out.

“You know, they are all incredible musicians individually and as a band. I think Haken is this new generations’ prog metal super-band. They kind of remind me of what I used to do with Dream Theater, but a modern-day version.” Mike Portnoy

“Seemingly effortless instrumental sections abound, reminding us why Haken are so deserving of all the praise they get. Pulling off such esoteric compositions live is a testament to their eclectic musical evolution, a path that has taken them to become the genuine state of the art exponents of the best modern progressive rock.” Prog Report