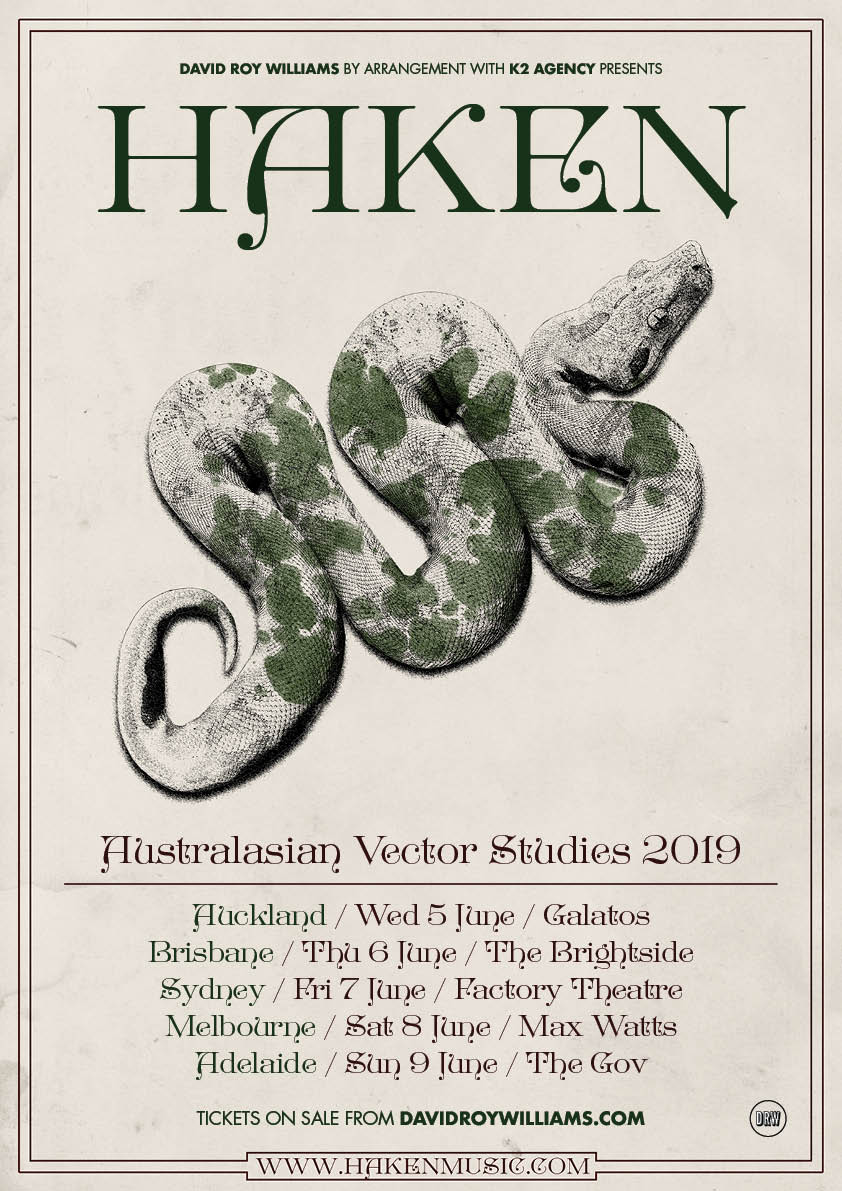 Following the announcement of North American, European & Latin American tour dates, the band are pleased to reveal Australian and New Zealand live dates in support of the new album for 2019.

“We’re thrilled to be bringing our ‘Vector Studies’ to Australia. We had immense fun visiting Australia in 2017 where we received warm receptions and wildly enthusiastic audiences. We are also very much looking forward to performing in New Zealand for the very first time. On this tour we will be focusing on performing tracks from our new album ‘Vector’ along with some live favourites of ours. For your health and wellbeing, the good doctor prescribes you some Live Haken.”

“With ‘Vector’ Haken have put out an excellent album and it is the heaviest of their career. It is also one of the more exciting and engaging prog albums put out so far this year.”Metal Wani

“Show after show, Haken seem to prove they are one the tightest bands in the world right now, with incredible songwriting ability to go right along with it.” Overdrive

“Is it too soon to call ‘Vector’ Prog Album of the Year?? “Veil” is the Prog EPIC of the year & “Nil By Mouth” the sickest instrumental since…well, Opus Maximus!” Mike Portnoy