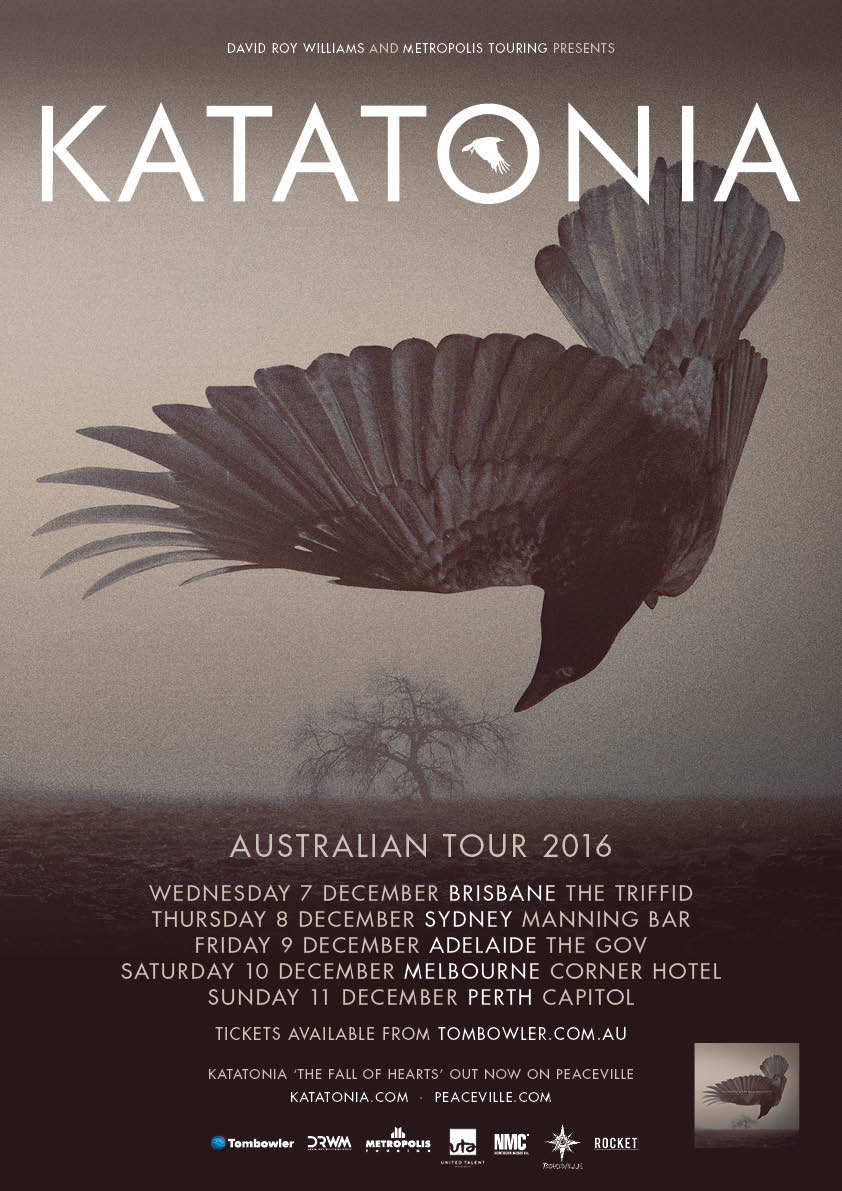 Swedish melodic metal heavy weights KATATONIA finally return to Australia for their First Ever Headline Tour this December! KATATONIA’S sound has no boundaries or limitation. Heartfelt vocals compliment the multi-layered and mesmerising riffs that guide the listener to a whole different world.

Following up their 2013 visit supporting fellow countrymen Opeth, Australians now have a chance to see KATATONIA in their full glory. With 10 studio albums under their belt, there will be plenty of crowd favourites like ‘My Twin’, ‘The Longest Year’ and ‘July’ plus many more including music from their brilliant new album ‘The Fall of Hearts’.

“The Fall of Hearts is full of both darkness and light, heaviness and softness, drama and understatement. It’s an album that is intricate with a lot of subtleties, but also a lot of accessibility.” – Loudwire

KATATONIA’s live shows are jaw-droppingly astounding with the band constantly being described as one of those rare bands that can do no wrong. This is a band with a successful touring career spanning over 2 decades, so expect a night of dark, soulful and atmospheric melodic metal.

“Katatonia took to the stage… and just smashed it. From this exquisite warm up, one could tell that this was a night dedicated to the true art of making music…” – Heavy Mag