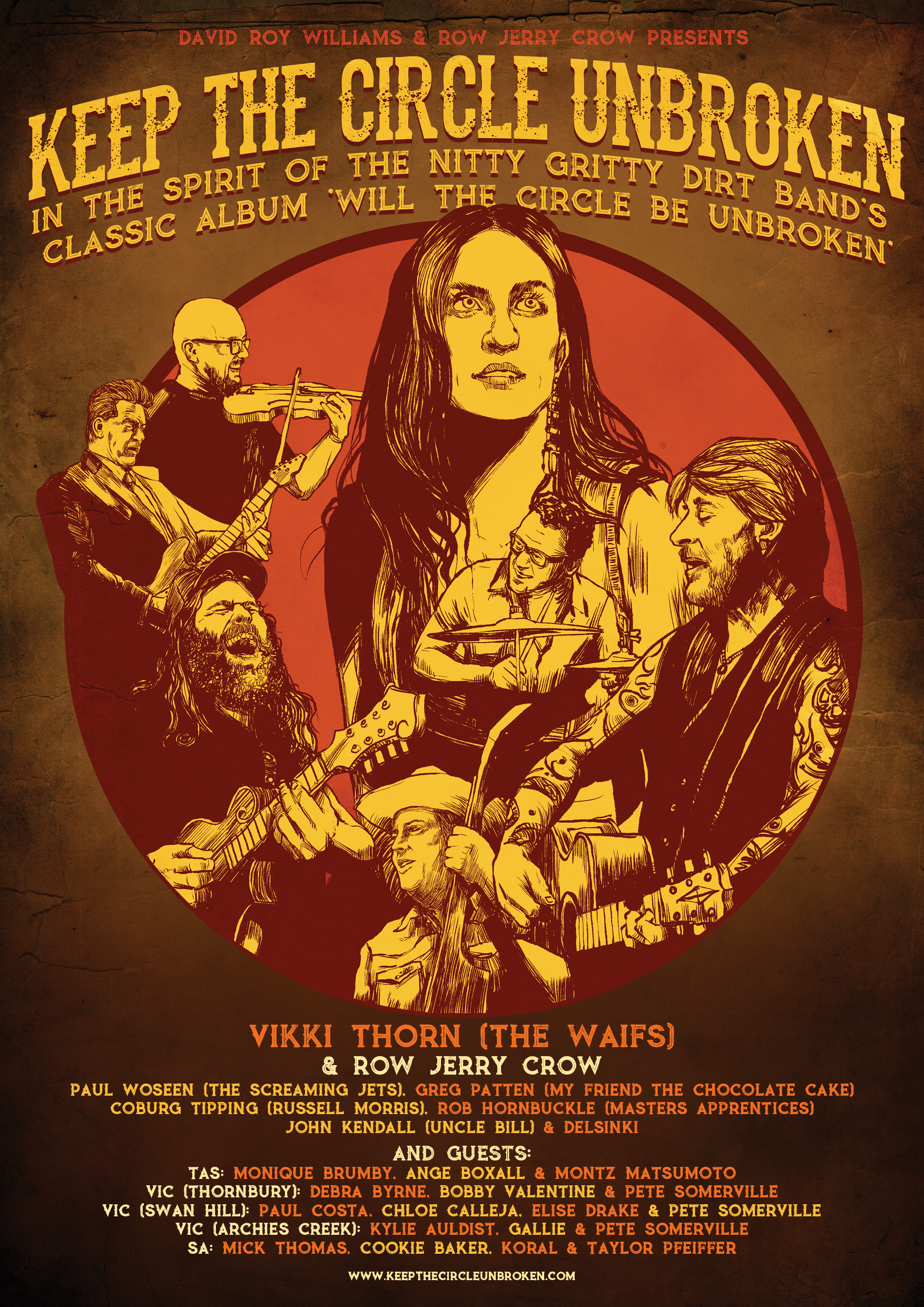 Vikki Thorn, Monique Brumby, Ange Boxall, Montz Matsumoto and a host of Australia’s most cherished music artists join together with Row Jerry Crow and hit the roads for the Keep The Circle Unbroken Tour this February.

Keep The Circle Unbroken is a series of concerts presented across many of Australia’s iconic towns featuring an incredible line-up of Australian musicians, spanning two generations and performing songs inspired by one of the most influential albums in the history of music, the Nitty Gritty Dirt Band’s 1972 album ‘Will the Circle be Unbroken’. This live show is an audible bridge stretching across generations, cultures, sexes, politics, race, and musical genre. The circle of artists represents sitting around a campfire, being at the family dinner table, or at a traditional music session. Sharing stories, thoughts and memories handed down from generation to generation.

The roots of this concert started back in 1972 when the Nitty Gritty Dirt Band released an album that reconnected divided US generations at odds due to the perpetuating Vietnam War, hippie counter-culture and a troubling Richard Nixon presidential term. Recorded with country sensibilities, ‘Will the Circle be Unbroken’ was created to bring together two generations of musicians and a divided nation and to plant the seeds of hope for a better future. It became one of the most influential albums in the history of music. Featuring collaborations with country legends such as Roy Acuff, Doc Watson and Mother Maybelle Carter, the album was pioneered by celebrated banjoist Earl Scruggs. Across 38 songs,  the release captured the imagination of rock music lovers, penetrating the mainstream whilst staying true to its raw, unadulterated aesthetic.