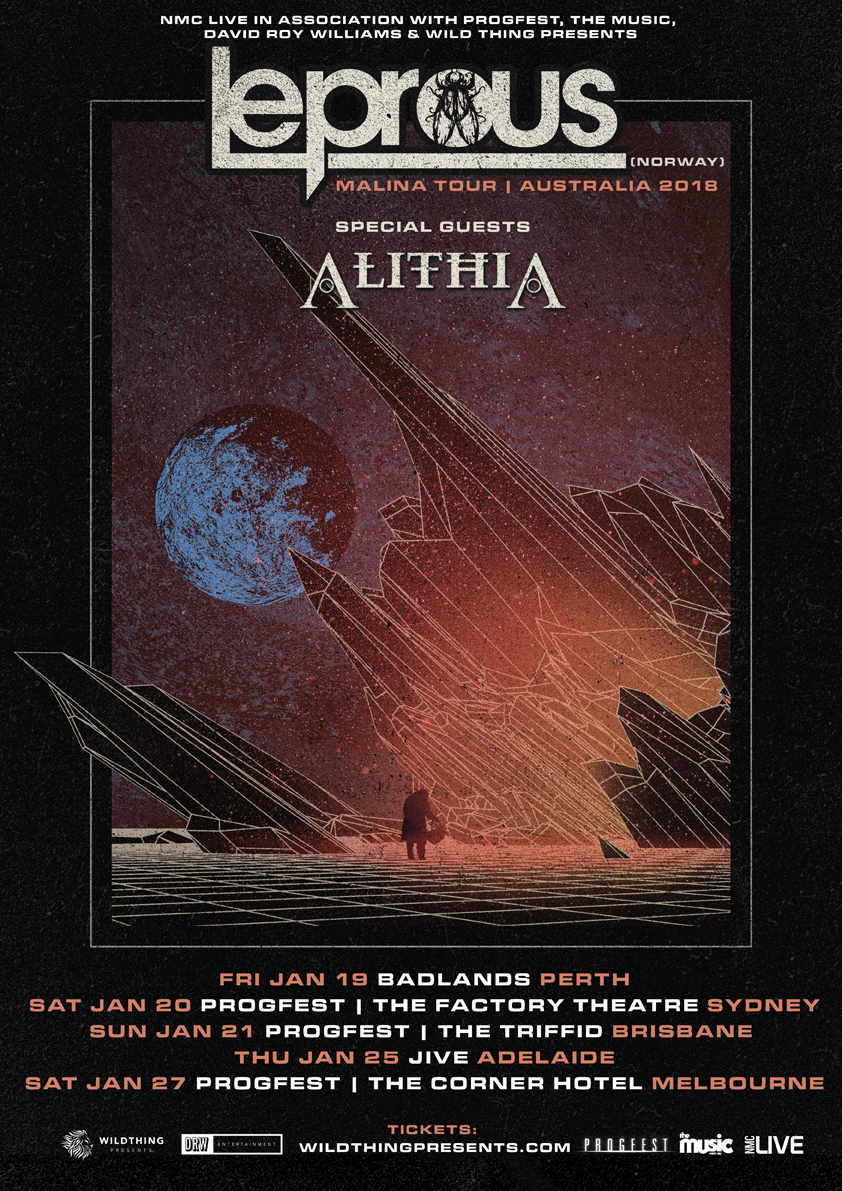 Joining them on all dates of their Malina Australian Tour are Melbourne’s tribal space rockers AlithiA!

The 5 piece hailing from Oslo, Norway have spent the last decade honing and perfecting their sound that is an evocative mix of polyrhythmic grooves, melancholic atmospheres, and soaring vocals. As a result, Leprous became the ‘must see’ act of the 2017 Euro summer festival season. The band released their new album Malina in August to critical global praise, and have crafted songs that are both catchy and progressive.

2017 is the year when Leprous well and truly returned and took up their inevitable position with the leaders of their scene. A band in the shadows no more, they came back in force performing to packed crowds on their European tour with Devin Townsend. New fans were made, but the full houses at their shows made it clear that this was a band already on the lips of many, ready to see what is to come next in their latest chapter.

The wait is now over – Leprous returned with a brand new studio album in August 2017, and will be hitting Australian shores in January 2018!