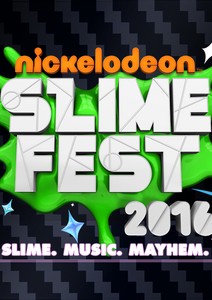 Nickelodeon’s SLIMEFEST, the most-anticipated family-friendly music festival of the year, is back!

This year’s event promises to be BIGGER than ever with international headliner OMI performing hit singles “Cheerleader” & “Hula Hoops”, Australia’s hottest export Havana Brown and international girl group, G.R.L., who will be hitting the SLIMEFEST stage in their first confirmed performance after a year’s hiatus! PLUS don’t miss up and coming heartthrobs In Stereo, DJs Mashd N Kutcher and a special guest appearance by YouTube sensations Kian & JC. Not to mention TONNES and TONNES of Nickelodeon’s trademark green slime!

Tickets will sell fast, so don’t miss out on the ultimate family day out. Get ready for SLIME, MUSIC and MAYHEM!