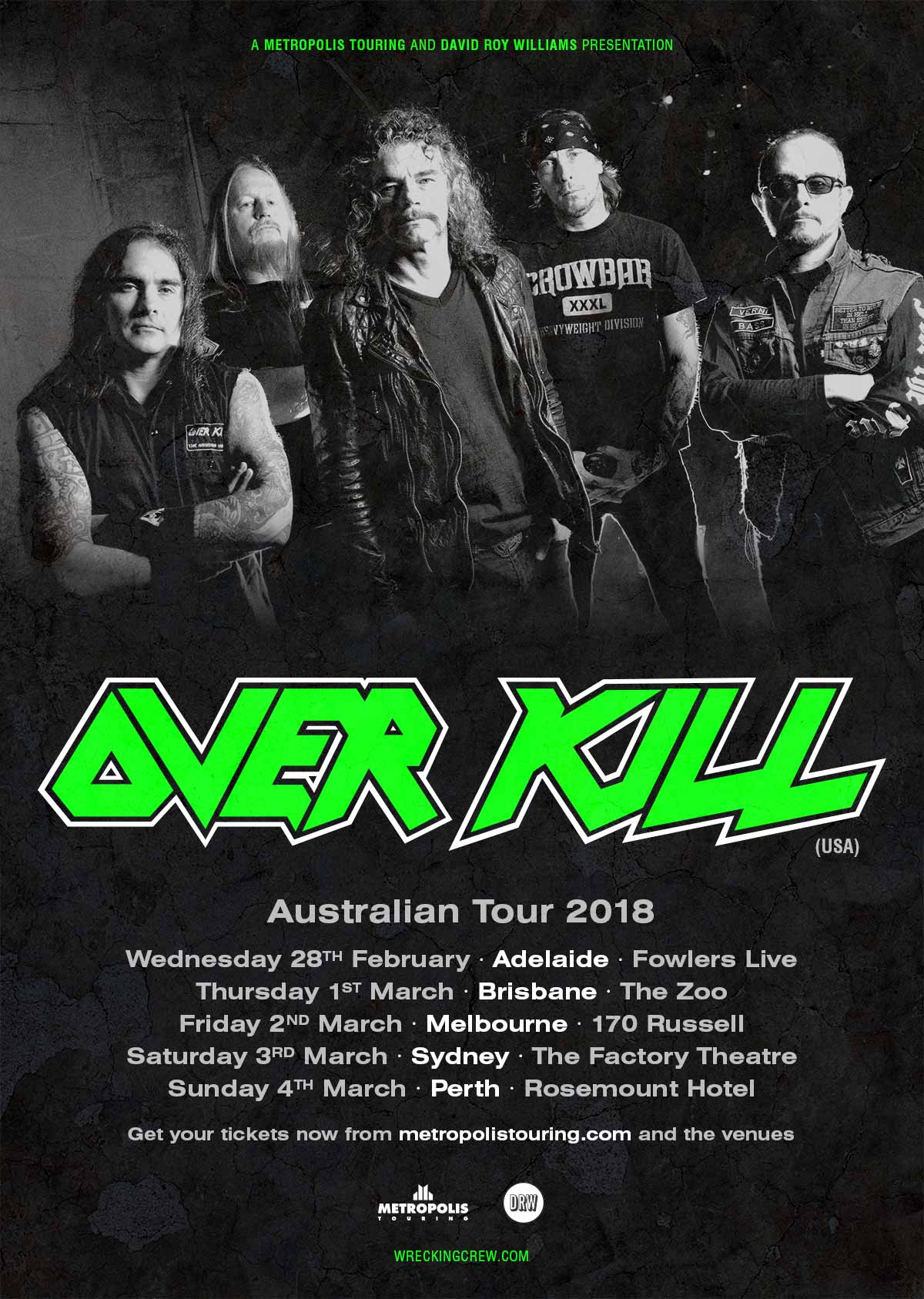 The self-proclaimed “Wrecking Crew” OVERKILL are set to destroy Australia in 2018. If you thought after 4-decades and 18 studio albums, OVERKILL would be losing steam, you don’t know OVERKILL. Throughout their existence, the New Jersey Thrash Metal forefathers shapeshifted, and evolved, keeping fans on their feet the whole time. Today, the band announced they will be bringing ‘The Grinding Wheel’ tour to our shores, allowing us sufficient time to prepare both our bodies, and minds for this sonic assault.

“Overkill are here to destroy” – The Metalist

An ode to the quality of life one can expect when devoted to the trenches, their latest album ‘The Grinding Wheel’ is equal parts head-banging, and thought provoking. To get the job done, OVERKILL looked to fellow greats of the culture, including BLACK SABBATH and IRON MAIDEN.  However, it’s the punk influences that tie up the loose ends.

“eminently capable of ripping our heads off” – Team Rock

Since 1985, OVERKILL have been a constant, and unrelenting benchmark in the world of Thrash metal. Their 1987 album ‘Taking Over’ was their major label debut, released through Atlantic Records which would be their home for another 7 years, an age in the world of heavy music, and testament to the band’s staying power.

It wasn’t until 2010, that OVERKILL would finally make their way to Australia, putting fans in a frenzy with their first ever run of shows. The integrity and authenticity in the shows then would leave blogger Long Gone Loser beaming, “It was like 1986 all over again.”

To say ‘’Come and witness a band’s return to glory’’ would be incorrect. Come and witness New Jersey Thrash Legends OVERKILL once again remind the world why they’re still on top, as thrash’s ultimate team of five machined parts shows up and executes to perfection