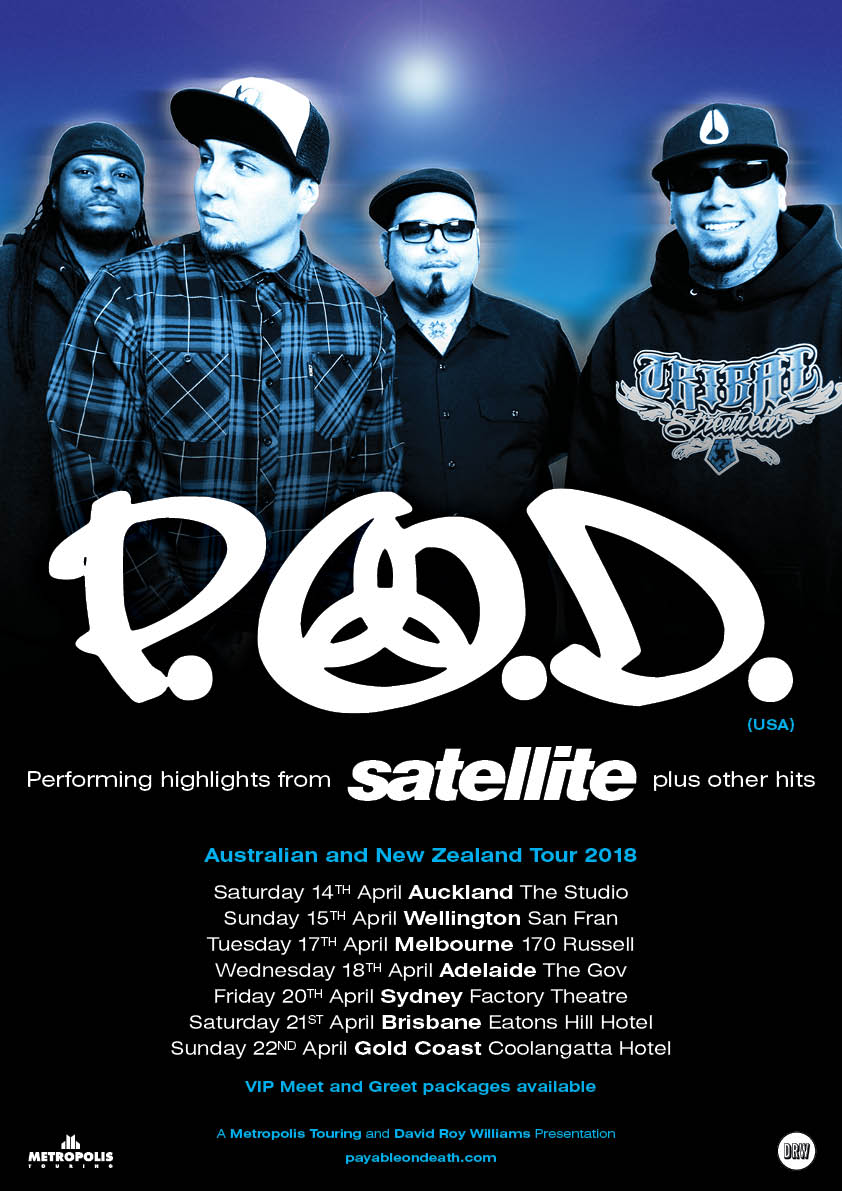 Perform Highlights from Satellite. Plus other Hits!

Boom! Here comes the Boom! With over 12 Million Records sold Worldwide American hard rockers P.O.D. make their triumphant return to Australia & New Zealand for their first headline tour since 2002 to perform highlights from their hugely successful album Satellite – “Alive”, “Youth Of The Nation”, “Boom”, “Satellite” and plus other Hits

P.O.D. VIP Meet & Greet inclusions are;
Ticket to the show
Meet & Greet with P.O.D.
Photo with P.O.D. on your own phone or camera
2 items signed by P.O.D.
Limited Edition A3 thick card Poster
Official commemorative VIP Laminate
Priority Access to the Venue

“The energy from the band and fans alike is consistently high: onlookers mosh and headbang in unison” – The Up Coming

Their most successful Album “Satellite” reached Platinum status in Australia and Gold in New Zealand. The album produced four singles  “Alive”, “Youth of the Nation”, “Boom”, and title track, “Satellite”. Reviews of “Satellite”…

‘P.O.D. pulled the trigger on the night with a performance of classic proportions’ – Shakenstir.co.uk

Don’t miss your chance to see P.O.D. blow audiences away down under this April as they perform Highlights from Satellite plus other Hits.