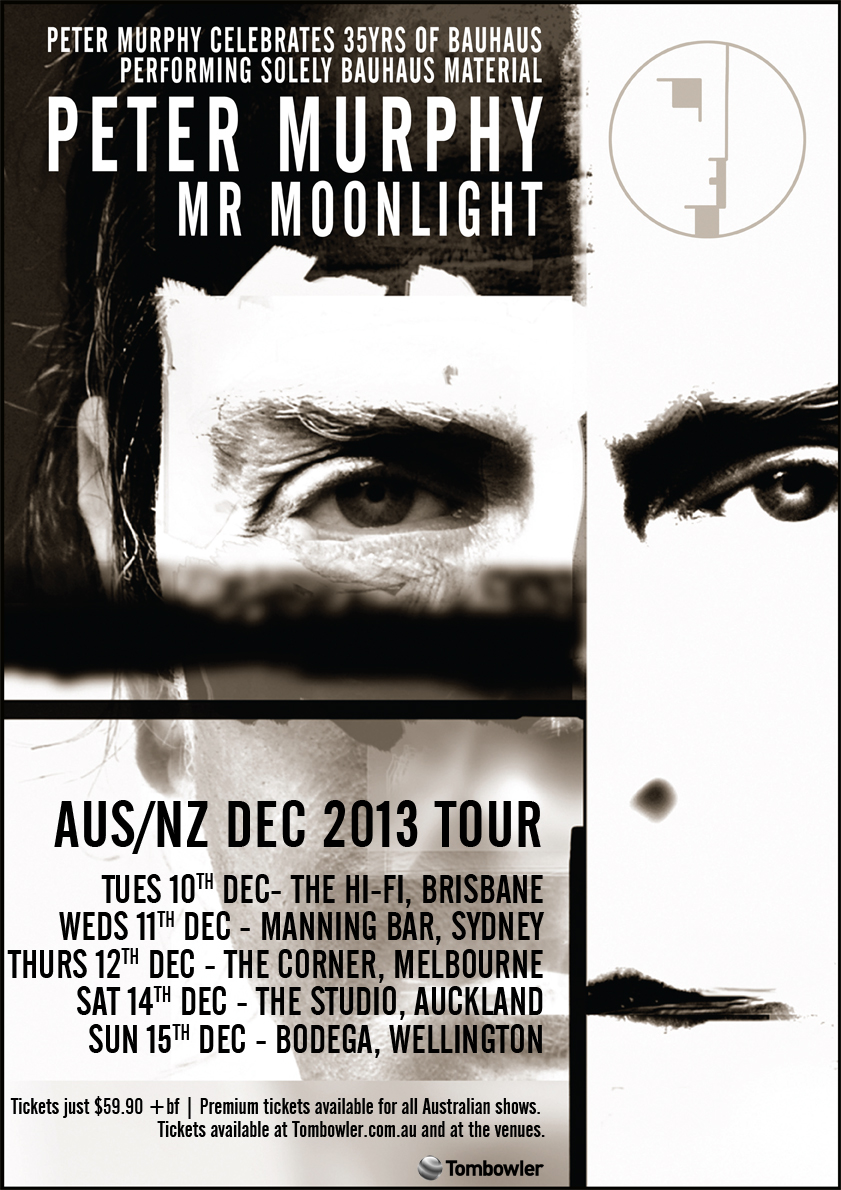 Iconic frontman Peter Murphy has announced the Mr. Moonlight Tour, celebrating 35 years of Bauhaus.  Murphy, who has started working with producer Youth (Killing Joke, The Verve) on the follow up to his 2011 critically acclaimed solo effort, NINTH, will play three shows in Australia this December with a full band performing only Bauhaus material.

Says Peter, “Since 2006, I have included my Bauhaus work into my solo work as a way of tipping my hat to my own audience… those who discovered my early work as well as new and old fans of those years’ strong wishes to hear the music of my band crackle and spark in the live arena. Being the foremost advocate of this Bauhaus work, I decided the time was ripe to at last give a pure Bauhaus experience in one Mr. Moonlight world tour. Mr. Moonlight is alive and well, don’t doubt it.”

Bauhaus formed in 1978 and achieved worldwide cult status that continues to this day. As the main man of the acclaimed outfit, Peter Murphy helped usher in ground breaking opaque moods and atmospheres into the post-punk landscape. Bauhaus originally split in 1983, but eventually bowed to public pressure to reform in 1998 and again in 2005. The Mr. Moonlight Tour will be the first time since 2006 that Peter Murphy will perform full Bauhaus sets, and the first time ever that he will do so on his own.