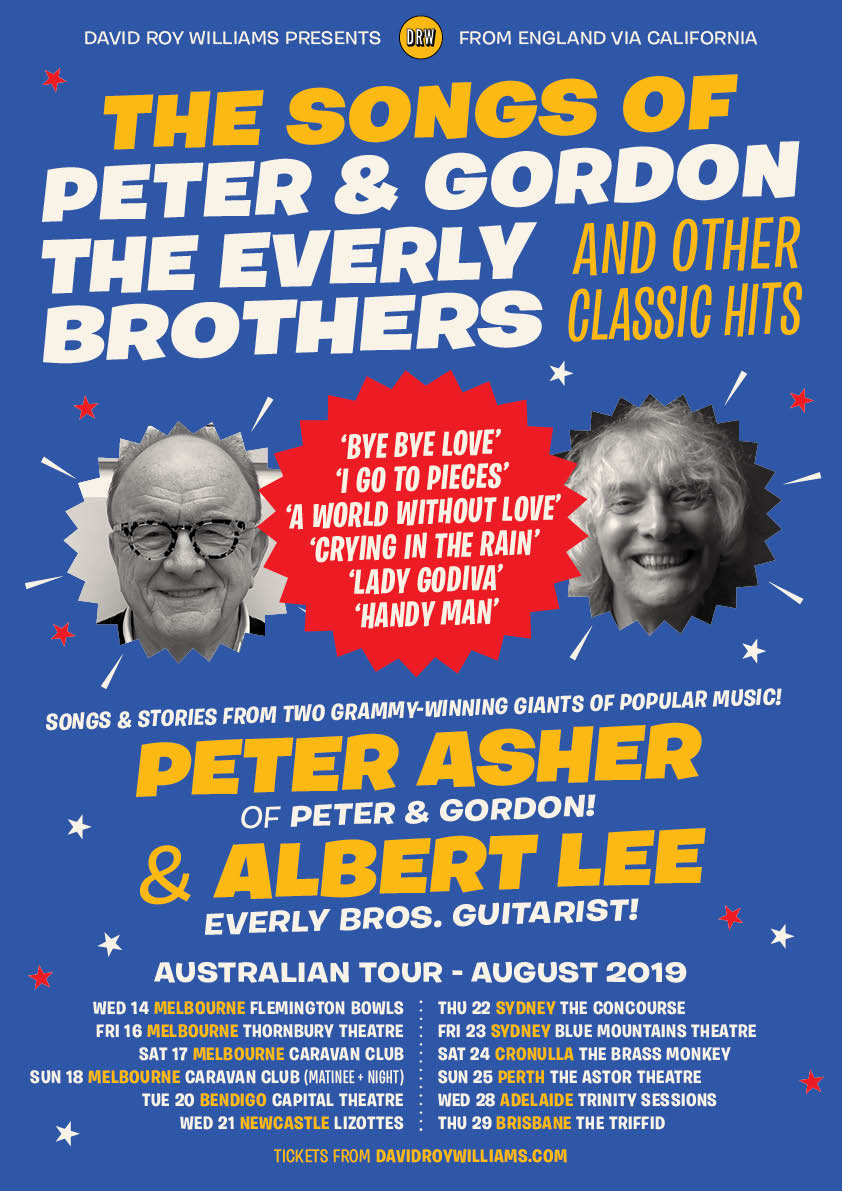 The Songs of Peter & Gordon,  The Everly Brothers and more classic hits!

Songs & Stories: The songs which influenced them along with songs they influenced – “A World Without Love”, “I Go To Pieces”, “Bye Bye Love”, “Crying In The Rain”, “Lady Godiva” and many more hits!

As one half of British Pop Duo Peter & Gordon, Peter Asher had numerous hits in Australia and around the world in the ‘60s. He was subsequently A & R Director for the Beatles’ Apple Records, and became a legend as a Grammy-winning producerand manager of James Taylor, Linda Ronstadt and others.

Albert Lee has been called “the ultimate virtuoso” by Eric Clapton, and is a Grammy-winning, 5 x Guitar Player Magazine ‘Country Guitar Player of the Year’. Albert had a 25-year run as Music Director for the Everly Brothers, has been a key band member for Joe Cocker, The Crickets, Emmylou Harris and Eric Clapton, and has worked with Paul McCartney & Ringo Starr and others.

Peter Asher & Albert Lee’s history is one of song, and these duo storyteller shows will reflect that history and feature those songs.