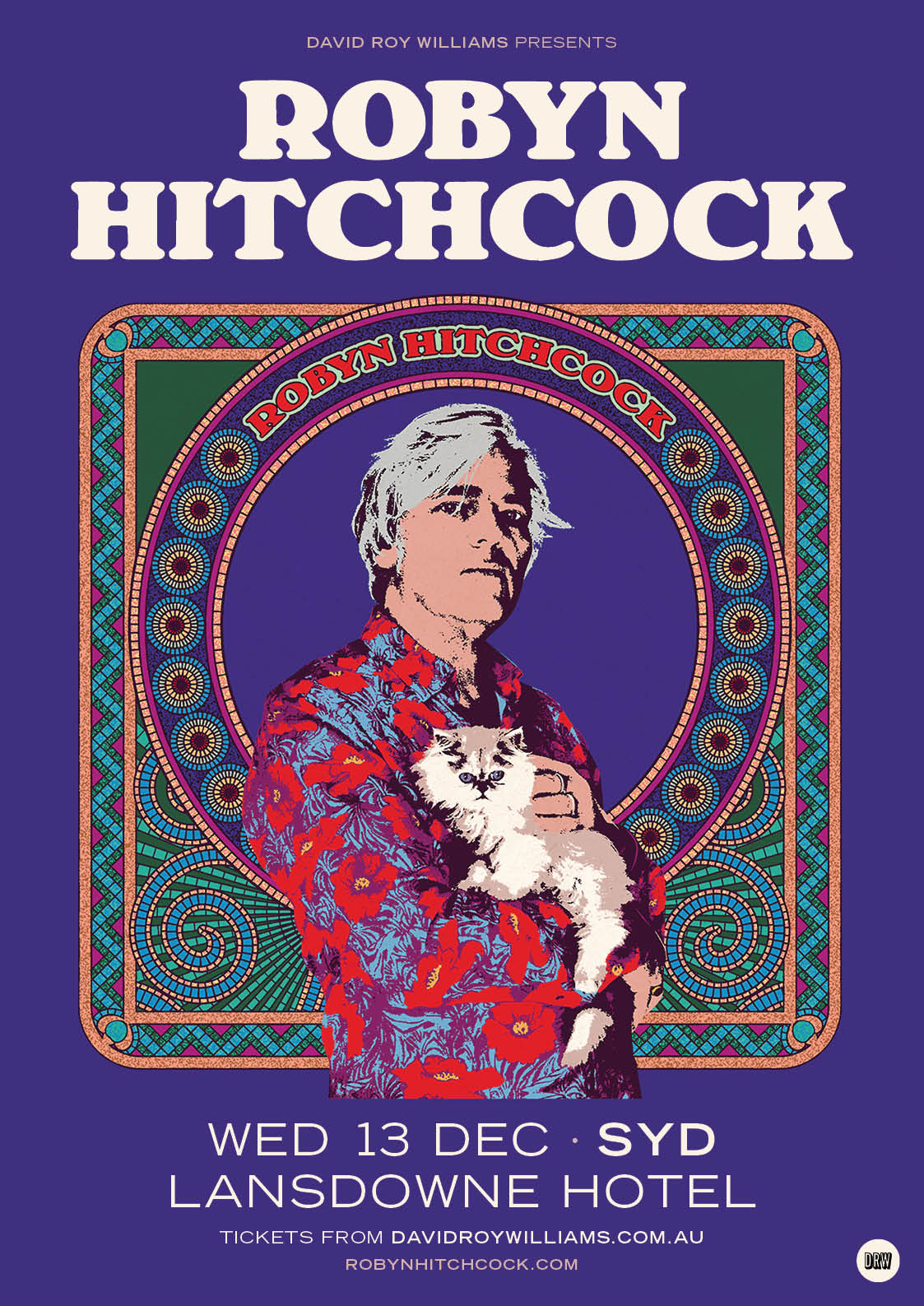 Robyn Hitchcock is one of England’s most enduring contemporary singer/songwriters and live performers. A surrealist poet, talented guitarist, cult artist and musician’s musician, Hitchcock is among alternative rock’s greatest songsmiths and is set to treat audiences in Melbourne and Sydney to a collection of tracks that span his career.

Since founding the art-rock band The Soft Boys in 1976, Robyn has recorded more than 20 albums including his self-titled most recent which has been described as an “ecstatic work of negativity with nary a dreary groove” (and that’s by Robyn himself).

Blending folk and psychedelia with a wry British nihilism, Robyn describes his songs as “paintings you can listen to”. His most recent album Robyn Hitchcock (produced by Brendan Benson of The Raconteurs) has received stunning reviews. 21 albums in and Robyn Hitchcock is composing and performing songs as strong as anything you will hear anywhere.

“A gifted melodist, Hitchcock nests engaging lyrics in some of the most bracing, rainbow-hued pop this side of Revolver. He wrests inspiration not from ordinary life but from extraordinary imaginings…” – Rolling Stone