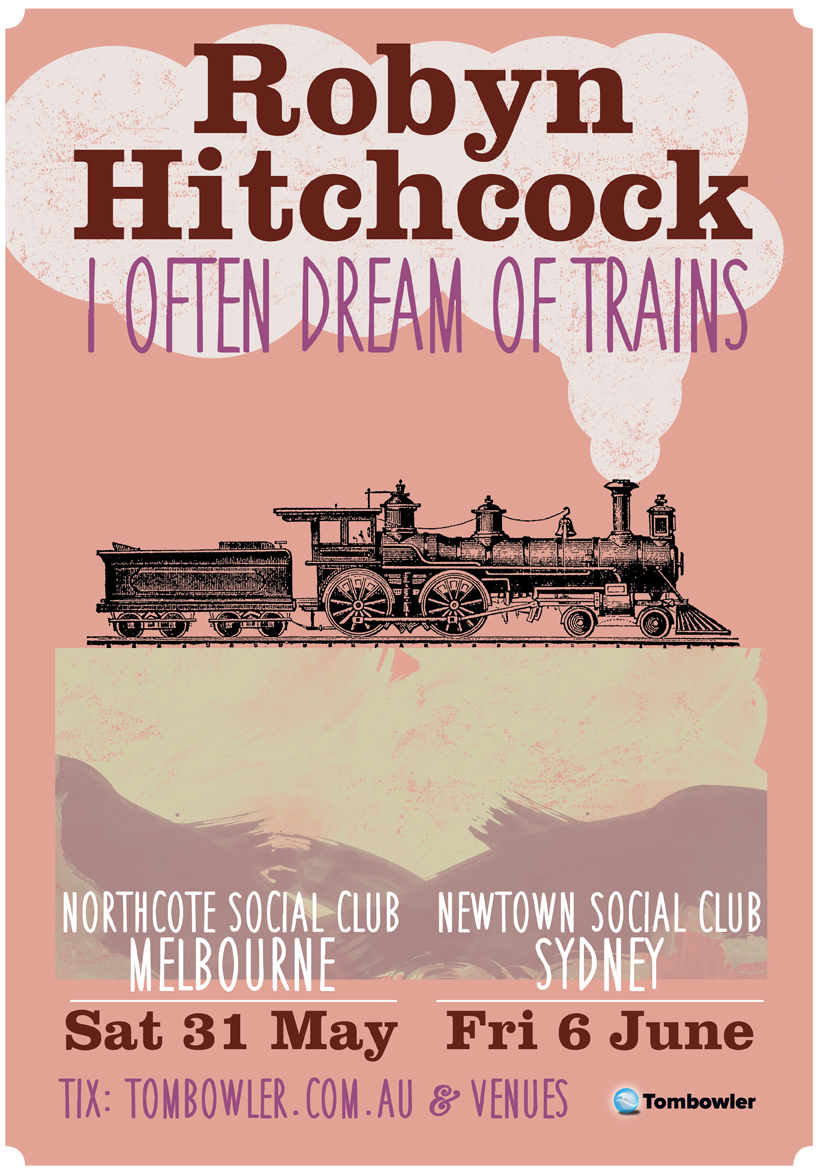 Robyn was chosen by Jeff Mangum of Neutral Milk Hotel to perform “I Often Dream Of Trains” at the English All Tomorrow’s Parties festival in March 2012.

And now to celebrate the 30th anniversary of the album, Melbourne and Sydney audiences will finally get to appreciate ‘I Often Dream Of Trains’ at 2 exclusive performances –Northcote Social Club, Melbourne on Saturday May 31 at and Newtown Social Club, Sydney on Friday June 6.

Robyn is anticipating a few musical friends dropping by for these special shows so why not make it an imperative to join them.

‘If a consensus on climate change action came from the people, then the corporations, the media, and the governments would have to adapt to it. But  who runs the people? As Monty Python said, you don’t vote for kings. Rock and roll is an old man’s game now, so I’m still here’ – Robyn Hitchcock.