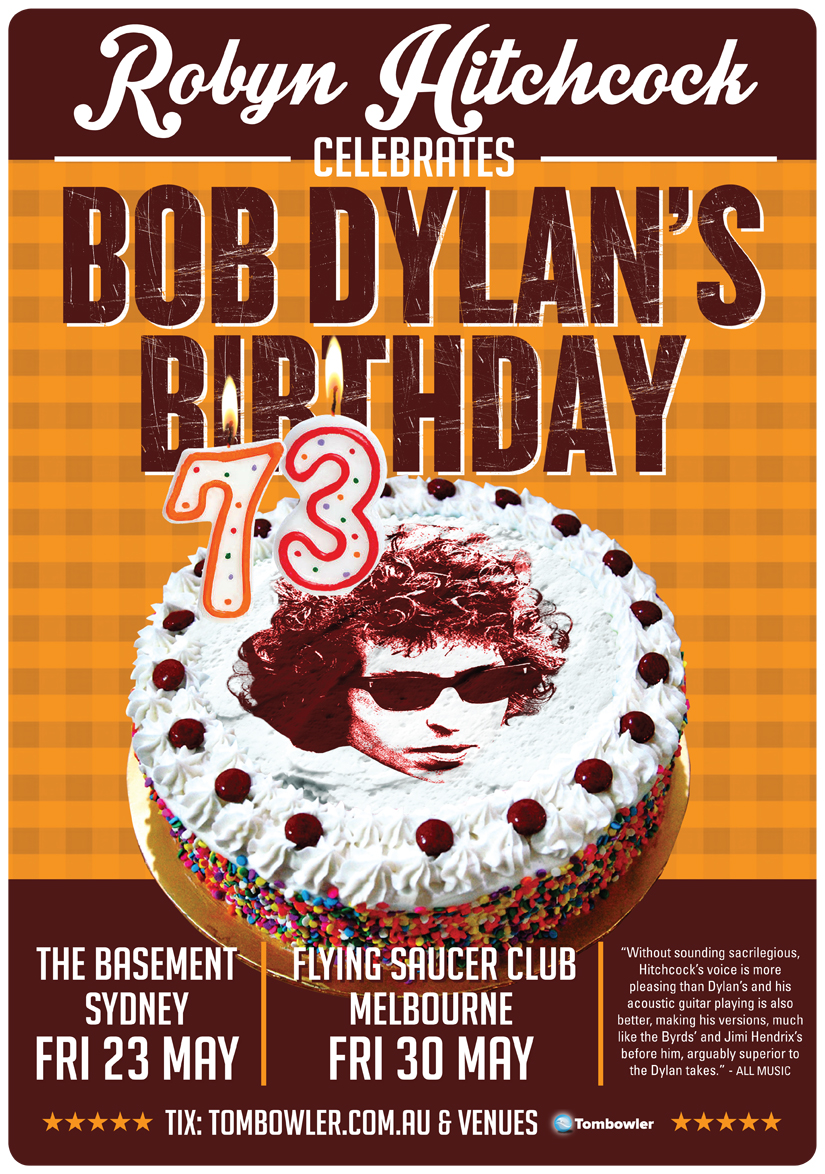 In 2002 Robyn Hitchcock released ‘Robyn Sings’, an album comprised entirely of Bob Dylan songs. All Music has this to say of the album – “Without sounding sacrilegious, Hitchcock’s voice is more pleasing than Dylan’s and his acoustic guitar playing is also better, making his versions, much like the Byrds’ and Jimi Hendrix’s before him, arguably superior to the Dylan takes.”

To celebrate Bob’s 73rd birthday ‘Robyn sings Dylan’ will be performed at The Basement Sydney on Friday May 23 and at The Flying Saucer Club Melbourne on Friday May 30th .

Robyn is anticipating a few musical friends dropping by for these special shows so why not make it an imperative to join them.