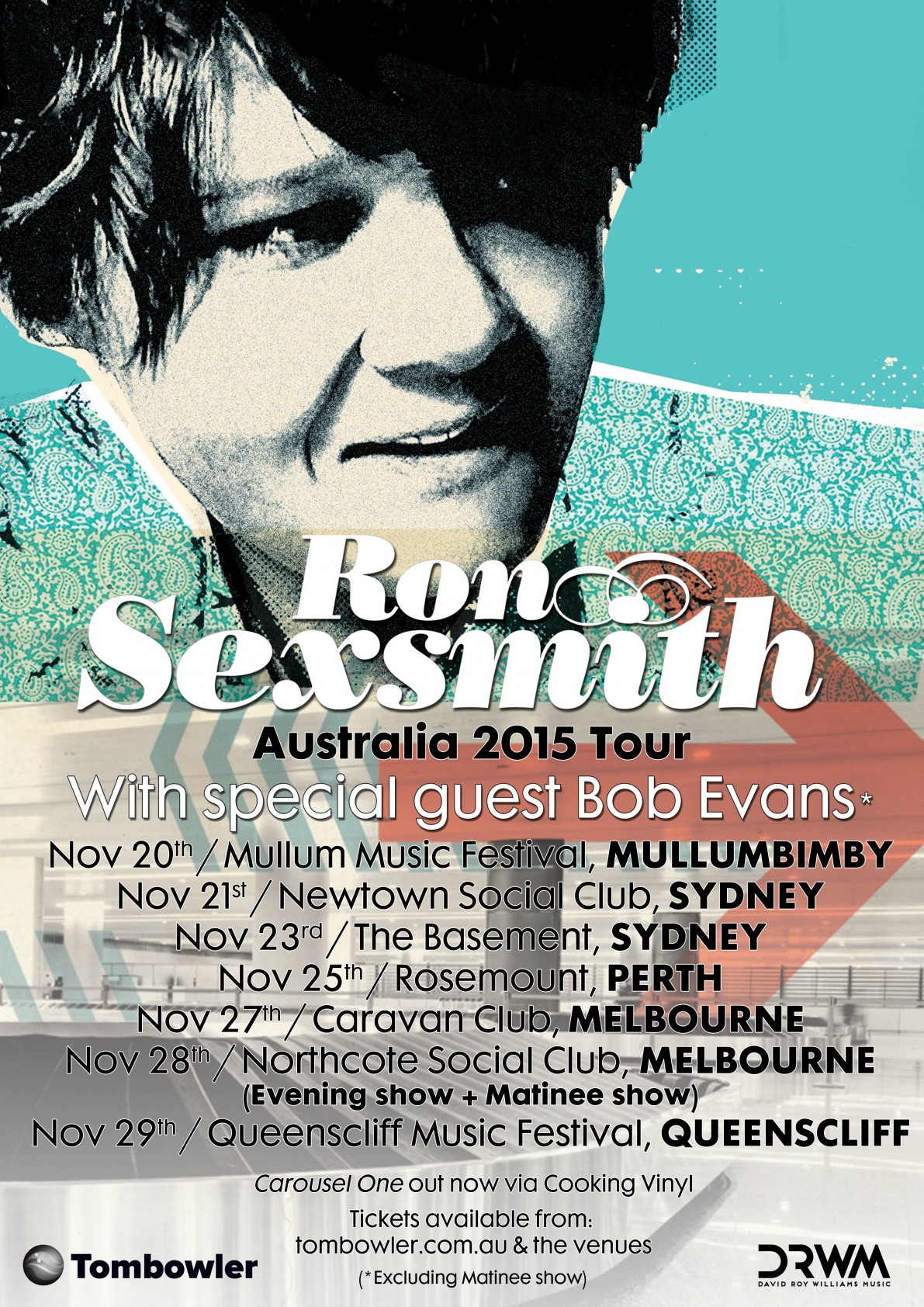 Canadian singer-songwriter Ron Sexsmith will be touring Australia with his band this November, for the first time in 6 years. Having released his 14thstudio album Carousel One to rave reviews in March, Ron’s shows will be eagerly anticipated by fans of dynamic performance and spine chilling vocals as he showcases two decades worth of classic songcraftsmanship.

“The Canadian singer-songwriter ranges from his first album, with its deliberate bum chord, to his most recent, featuring songs as sweet as anything he’s written” – The Guardian

Ron Sexsmith is a major contemporary writer/artist who has collated a sizeable and consistently captivating body of work since releasing his self-titled major label debut in 1995. That album received wider attention when future Sexsmith collaborator Elvis Costello, lavished fervent praise upon it. With the release of his 4th albumCobblestone Runway, Sexsmith’s career was launched internationally with the hit ‘Gold In Them Hills’. He followed up quickly with highly respected albums including Retriever (2004), Time Being (2007), Long Player, Late Bloomer (2011) and Forever Endeavour (2013).

“Seventeen years. Eleven albums. And still RON SEXSMITH is the music world’s best kept secret. But this secret has been building for so long that it’s not so much a matter of if, but when the dam will break.” – Australian Stage

As a measure of the esteem in which Ron’s work is held, all of Sexsmith’s albums since that amazing self-titled effort have received four stars or more on All Music. Sexsmith’s work has been further celebrated with threeJuno Awards (Adult songwriter of the year 2014, Songwriter of the year 2005, and Roots & Traditional best album 1998) as well as Genie Awards (Best Achievement in Music – Original Song in 2002 for the song ‘Love Is Free’.

“A clinic of song smitherly, gentle melodies, subtle turns of musical phrase, catchy choruses and superb storying telling showcase a master at the peak of his craft. Canada’s next Leonard Cohen” – Soulshine Canada

Sexsmith is respected by such luminaries as Bob Dylan and Radiohead, and has been described by Elton John as having the voice of an angel. Other admirers include Chris Martin, Elvis Costello, Paul McCartney, Steve Earle and Sheryl Crow. A version of Sexsmith’s ‘Whatever It Takes’ appeared on Michael Bublé’s Crazy Love album and Ron’s ‘Secret Heart’ has been covered by Rod Stewart, Nick Lowe and Feist, with whom Sexsmith co-wrote ‘Brandy Alexander’ for her hit album The Reminder.

The opportunity to see Ron Sexsmith and his band perform in such intimate clubs will be relished by long-time fans and tickets are sure to go quickly. Don’t miss seeing one of the highlight performances of 2015.