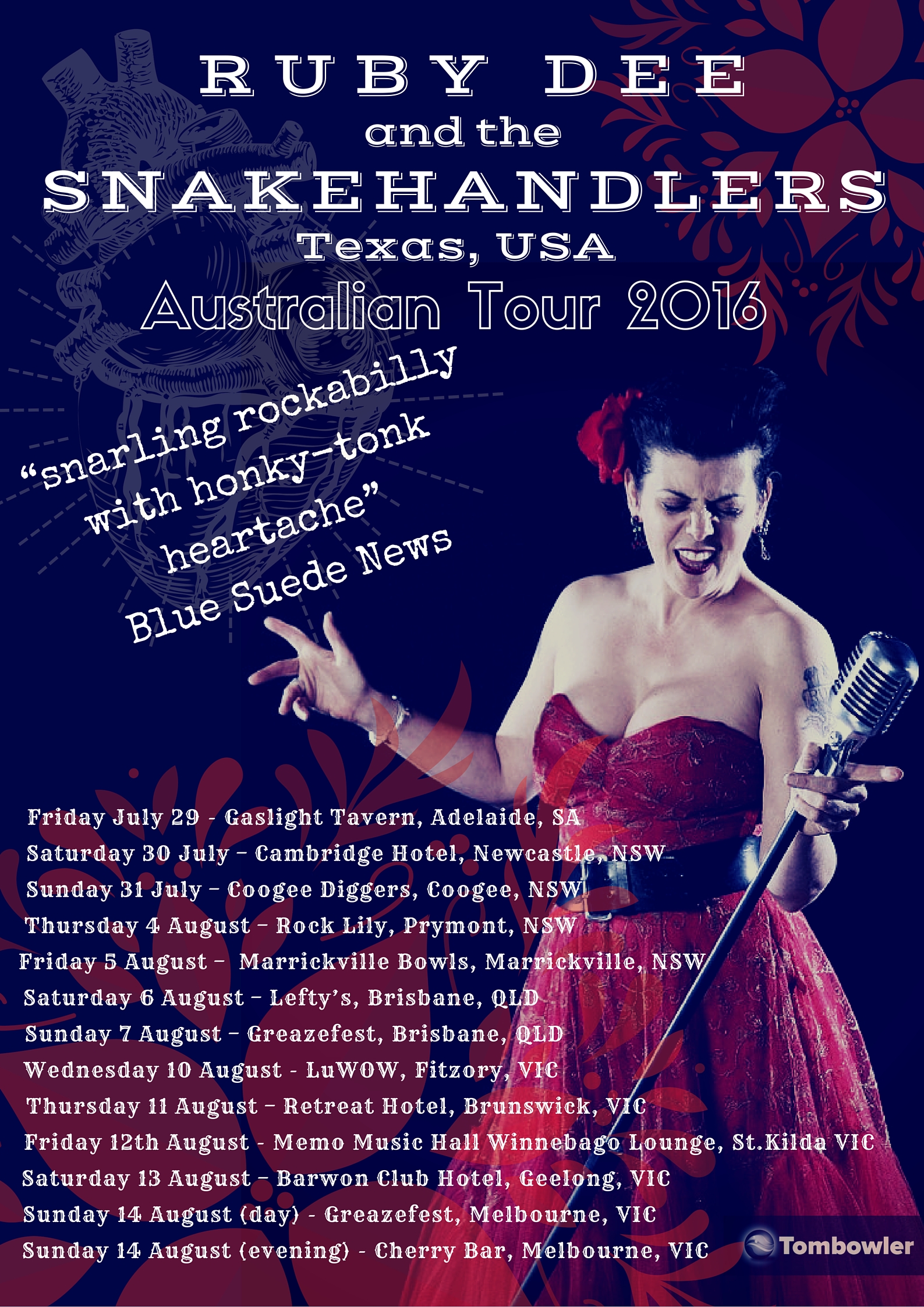 Risky, and perhaps just a bit risqué, Ruby Dee and her runaway train tight combo plays an Americana that encompasses Texas honky-tonk, Bakersfield twang, Memphis rockabilly, Western swing and good old-fashioned rock ’n’ roll. After nearly constant touring for the past 14 years, including thousands of dates across America and Europe, Ruby is bringing her soul stirring and feet moving show to Australia.

With a reputation for high-energy shows that precedes them, Ruby Dee and The Snakehandlers deliver to capacity crowds worldwide. This former truck-driving, roustabout brings every bit of on-the-road attitude to every performance, whether it be to a massive festival crowd or to ecstatic swing dancers in a small club.

Jorge Harada has poured heart and sweat all over his Tennessee Rose guitar in such bands as The Spitfires and rockabilly giants DRAGSTRIP 77. Providing the rock-solid honky-tonk groove backing Ruby and Jorge are Dylan Cavaliere on doghouse bass and Mike Smith on cathouse drums. Together, they blast out that live jumpin’ sound for which the Snakehandlers are so well known.

Ruby Dee and The Snakehandlers will bring the swing to stages near you this August. Get ready for a night of rockin’ rockabilly bliss, because you better believe it Ruby Dee is the real deal.