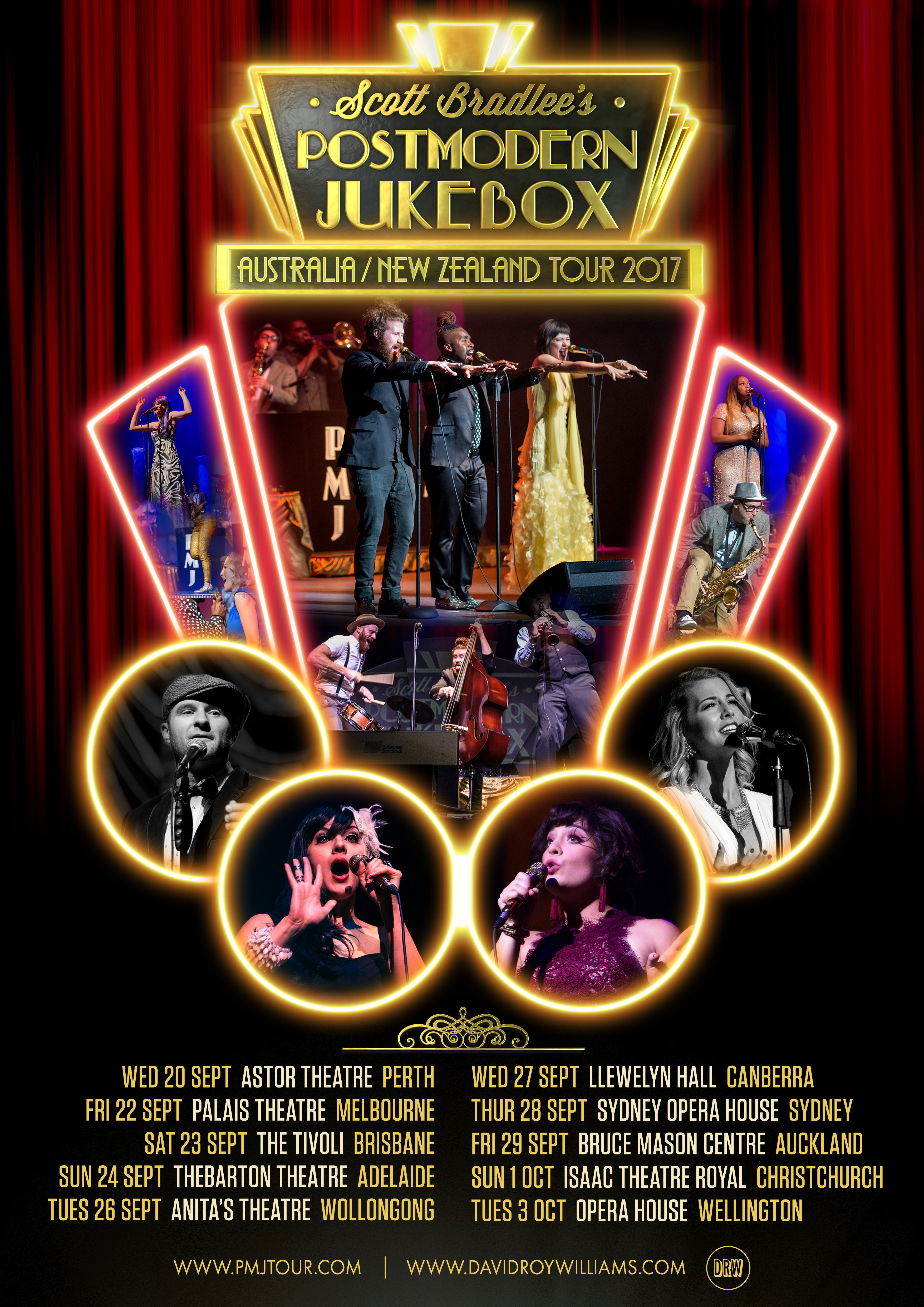 “We’re once again excited to bring our
vintage universe of pop music performed by some of the greatest talent in the world back Down Under! Dress to impress and plan on having a night to remember!” – Scott Bradlee.
​
​Created by Bradlee, the rotating collective of Postmodern
Jukebox has spent the past few years amassing more than 600 million YouTube views and 2+ million subscribers, performed on “Good Morning America,” topped iTunes and Billboard charts and played hundreds of shows to packed-house crowds around the world. As NPR put it, they’ve done this by “taking current Top 40 hits and re-imagining them as coming from older eras of popular music.” In one such remake, Bradlee and Postmodern Jukebox turned Miley Cyrus’ “We Can’t Stop” into a doo-wop ditty that’s garnered over 16.4 million views. Last year, they envisioned Radiohead’s alt-rock hit “Creep” as a torch-like ballad that’s racked up over 25 million views and was named one of the “9 Best Viral Cover Videos of 2015” by People magazine. Multi-Grammy winning artist Lorde praised Postmodern Jukebox’s vintage take on her hit single, “Royals,” which has been viewed over 17 million times, as her “favorite.” They recently performed a ‘30s jazz remake of Elle King’s “Ex’s & Oh’s” for MT.V UK – click HERE to watch.