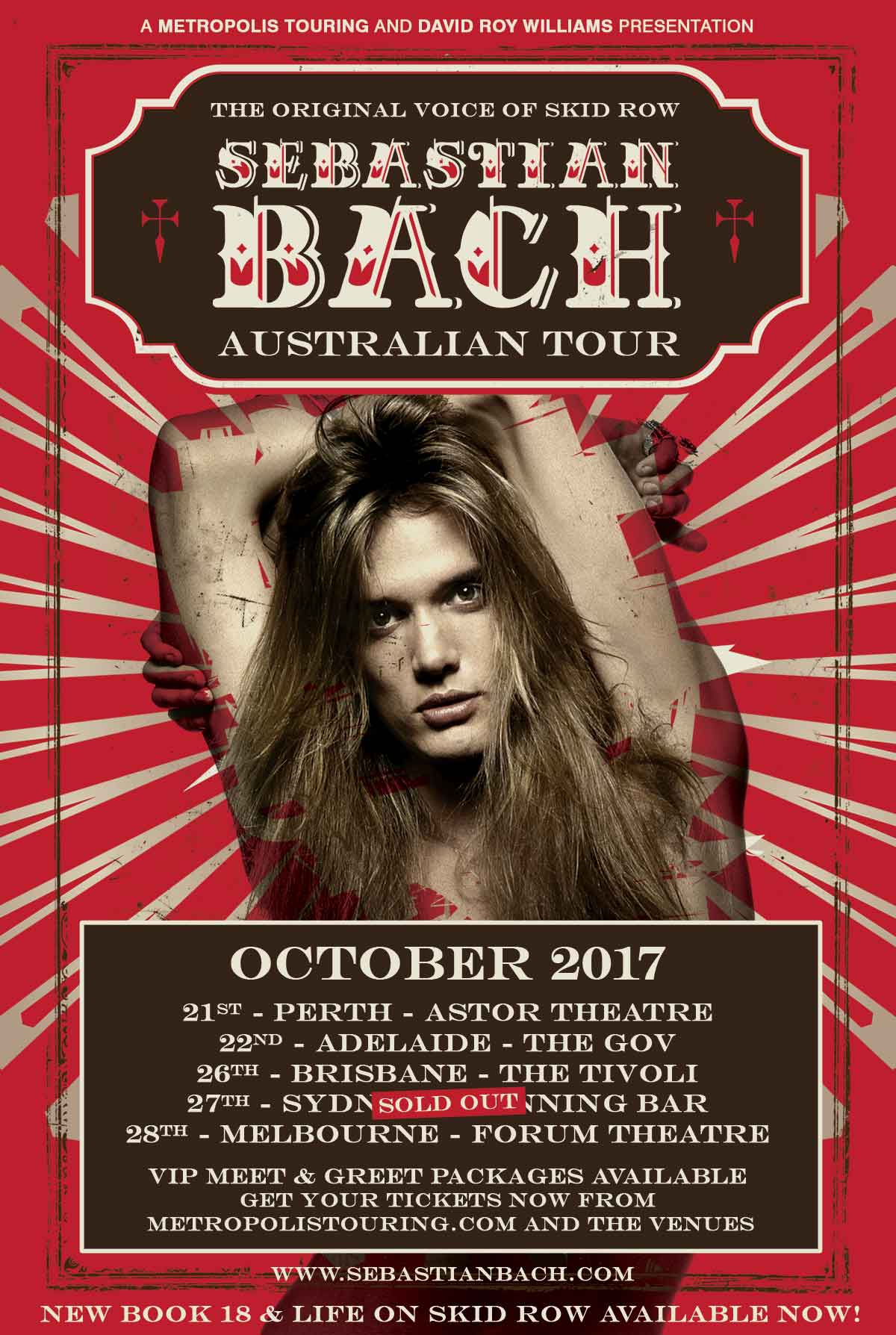 The Original Voice of SKID ROW, Musical Royalty SEBASTIAN BACH returns to Australia this October! Hailed as one of the finest front men to come out of the late 80’s / early 90’s with one hell of a voice, he is the personification of pure rock and roll at its finest!

Having joined SKID ROW at the ripe young age of 18, BACH began a whirlwind career fuelled with sex, drugs and rock and roll alongside large amounts of touring and Gold & Platinum accolades. In 1996 when he ventured off on his own where he created acclaimed solo material and his various collaborations with musicians across all genres. Last year he released his book “18 And Life on Skid Row”, an exhilarating, whip-smart and brutally honest memoir.

“Swinging his mic ferociously by the chord, windmilling and jumping around, whilst never struggling to hit a high note, the crowd were euphoric.” – Metal As Fuck (Metro Theatre 2015 Review)

BACH‘s live shows are a non-stop party filled with all the SKID ROW classics such – “18 and Life”, “Youth Gone Wild“, “I Remember You“, “Monkey Business“, “Slave To The Grind” plus more.

“Still one of the greatest voices in rock history… a legendary frontman” BACH is not your ordinary rock star!

“The crowd ate it up as he sang classic Skid Row tunes… his voice is still there sounding better than ever!” – National Rock Review