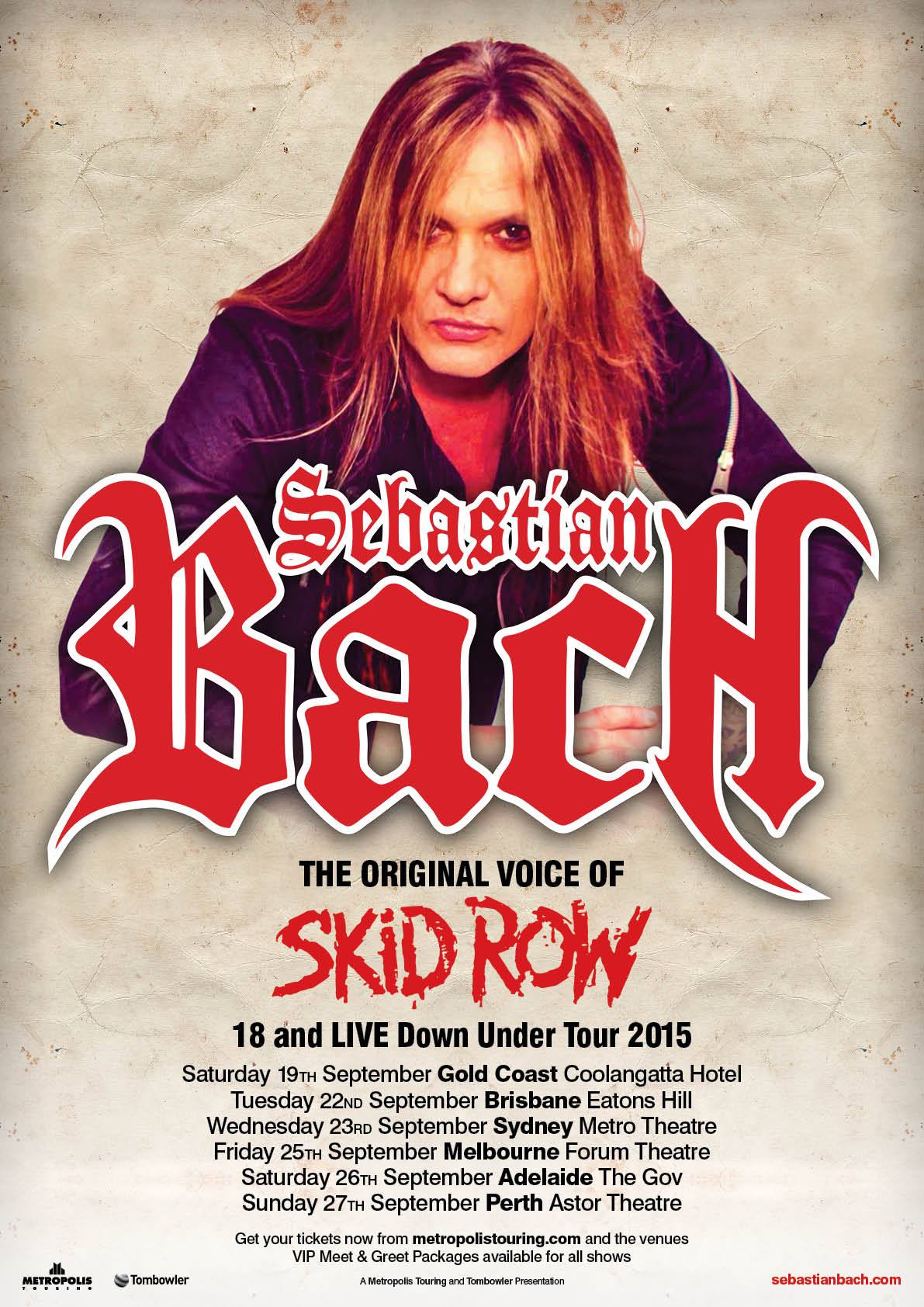 “Fists pumped and enthusiastic shouts of ‘You rock!’ and ‘Fuck yeah!’ painted the concert hall as Sebastian Bach swung his microphone and head banged as if it were still 1988.” – Tahoe On Stage

“he IS the voice of Skid Row, and if you want to hear the songs the way you remember them, ‘Sebastian Bach’ is the band to see.” – Rock Music Star

“one of the most powerful singers to emerge from the ’80s genre. He hasn’t lost his high range and blockbuster vocals.” – Hard Rock Haven

“Sebastian still has great stage presence, and not just because he is the best hair-whipper in the business.” – Examiner

“Still one of the greatest voices in rock history, Sebastian will definitely go down as a legendary frontman…” – Examiner

“A night of heavy metal at its finest!” – Rabbits Black

“fists waving in the air, head banging along with Bach onstage doing the same exact motion. His energy level didn’t slow down once.” –Rabbits Black

“Energetic does not describe the man sufficiently as he bounds on stage and immediately starts head banging to the music, his long blonde mane flying everywhere.” – My Global Mind

“Sebastian Bach still delivers the goods as one of the most charismatic frontmen and talented vocalists of his generation, with a catalogue of songs that does not seem to have aged one iota.” – Planet Mosh

“he has undoubtedly sipped from the fountain of youth, but time has not effected his singing chops in the least as he belted out the big hits 18 and Life, Big Guns, I Remember You, and Youth Gone Wild like it was 1989!” – Music Tour Reviews

“It might be more than thirty years since Sebastian Bach has been playing live music, but on this night he definitely proved that he still has the ‘it’ factor.” – Sleaze Roxx

“The crowd ate it up as he sang classic Skid Row tunes mixed in with a selection of others. His voice is still there sounding better than ever!” – National Rock Review

Known as the Original Voice of SKID ROW,SEBASTIAN BACH is one of the finest front men to come out of the late 80’s / early 90’s with one hell of a voice, he is considered musical royalty and an personification of pure rock and roll at it’s finest!

For the first time since 2008, Bach will be returning to Australian shores as well as his very first headlining shows ever in New Zealand in September 2015!

Having joined SKID ROW at the ripe young age of 18, Bach began a whirlwind career fuelled with sex, drugs and rock and roll alongside large amounts of touring and Gold & Platinum accolades, until 1996 when he ventured off on his own where he created acclaimed solo material and his various collaborations with musicians across all genres.