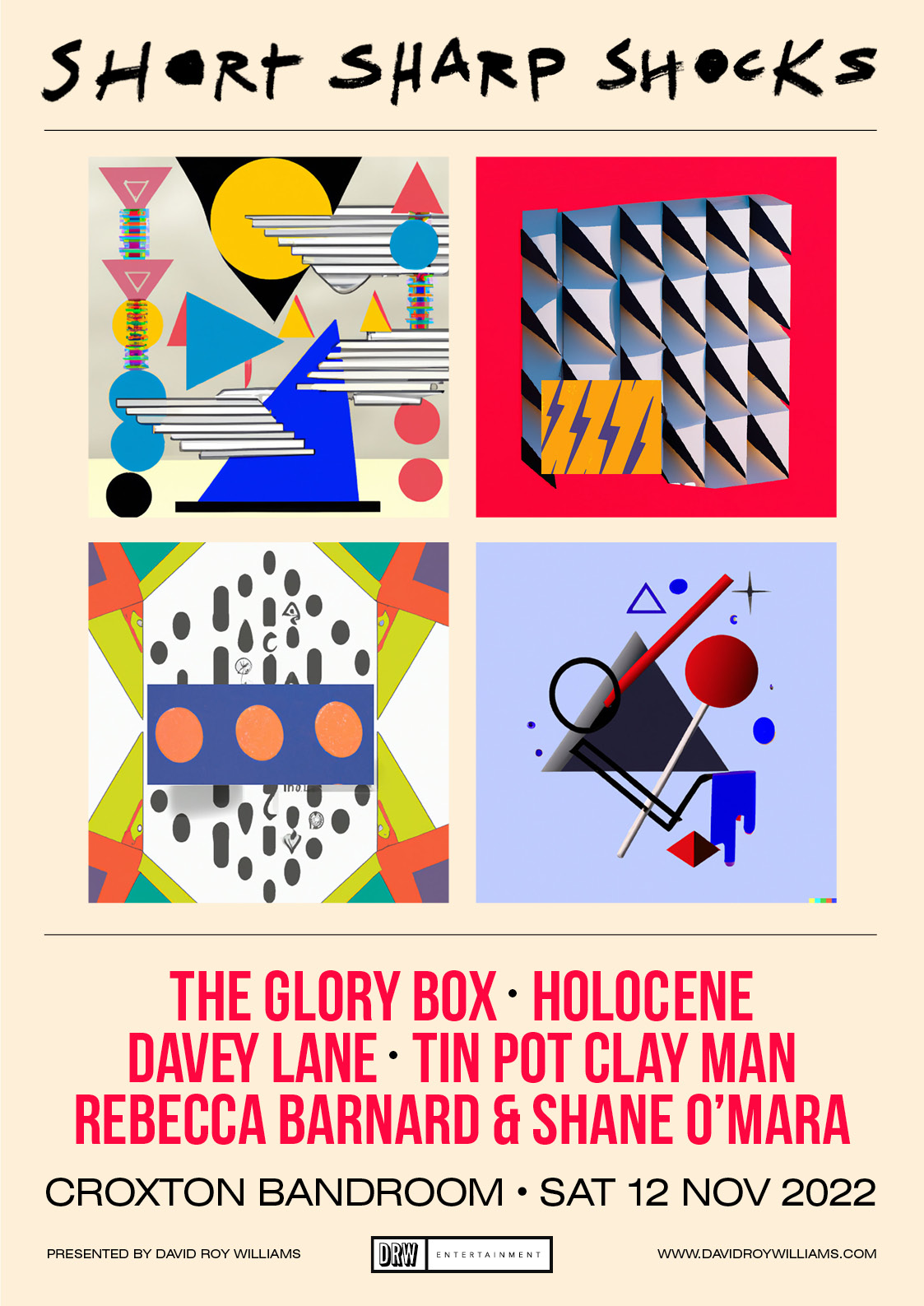 David Roy Williams is proud to present a showcase featuring his favourite people of all time.

Davey Lane – Davey was active for about ten minutes in the 90s with some famous band or other, but international acclaim is happening right now.

Tin Pot Clay Man – could have been big in the 90s if they’d been born. Dance punk attitude with a modern shoegaze sound.

Short Sharp Shocks is the first in a series of concerts acknowledging the audiences’ need for regular vape breaks, and the venue’s desire for as many visits to the bar as possible. Accepting that the twitching sets in if phones are left too long unchecked, artists will perform 30-minute sets, affording music fans with short attention spans greater variety and more artists gracing the stage than the standard pub gig.

An evening of mesmerizingly great music guaranteed to delight and surprise all!