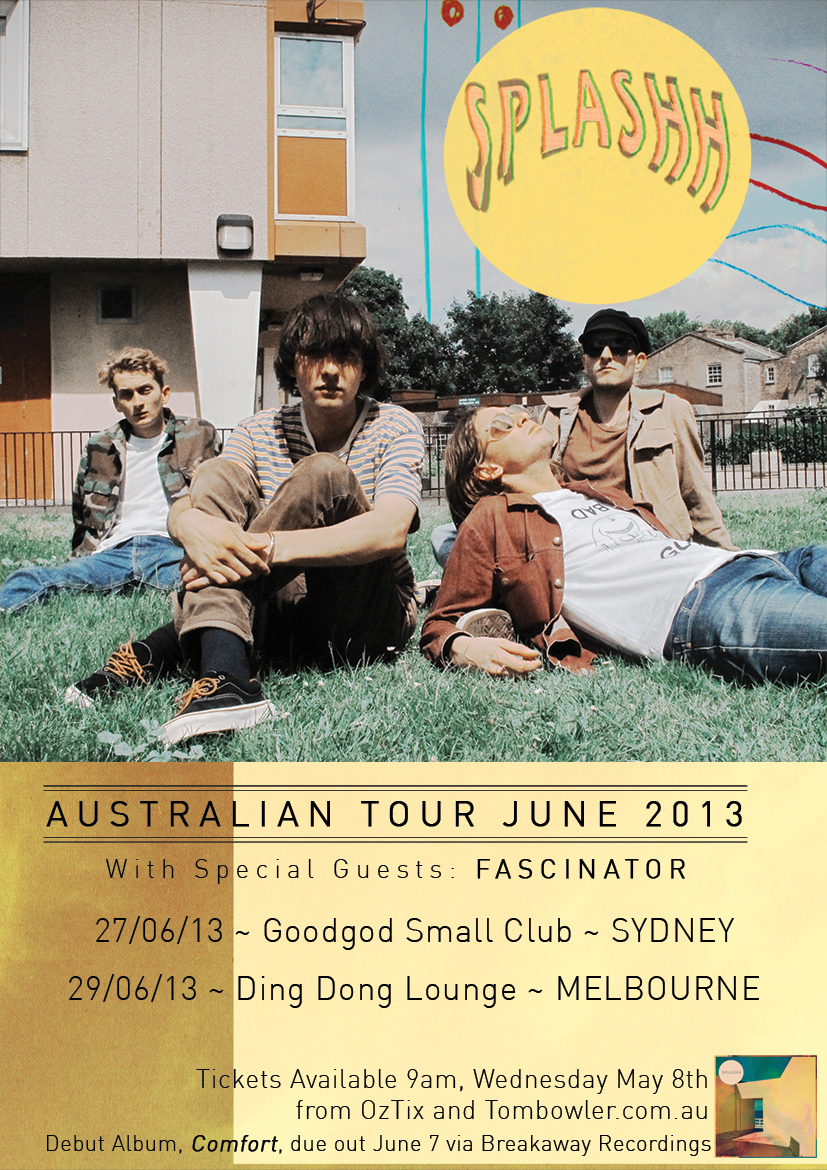 New Zealand born Sasha Carlson (guitar/singer) is a serial vacationer. During one such vacation, he met Aussie born Toto Vivian (guitar/ keys/ backing vocals), and the two bonded over a strong love of life and music. Spending the summer in the idyllic setting of Byron Bay, the two soaked in the sun and spit it out into a bunch of well-crafted, neo-shoegaze, pop songs.

With summer coming to a close, Sasha convinced Toto to help him continue his vacation by taking a trip to London. After hanging out in the East End of London, they decided to make the vacation a permanent one. Joining up with Brit Thomas Beal (bass), they took up in a Hackney bedroom to self-record. Booked for their first gig, they had one problem – no drummer. Flying their pal Jacob Moore (drums) in from New Zealand a week before the gig, Splashh, named after a favourite childhood water park, got off to a furious start and has never looked back.

The carefree attitude within their music transports the listener to the summers of yesteryear, kicking back with good friends, with the world at your feet. Sounds of dreamy fuzz being thrust through the walls of your neighbour’s garage, as the “slackers on summer holiday” dream of adventure and the open road.

Splashh have been steadily building via constant gigging and single releases, including two singles on the Luv Luv Luv label and a sold out release on the Kissability label (the cassette only label of BBC Radio 1 DJ Jen Long and the folks at Transgressive Records, home of Foals).

When the band was recently asked to describe themselves in 5 words, they hit the nail on the head: Distorted grooves. Dreamy nostalgia. Melody.