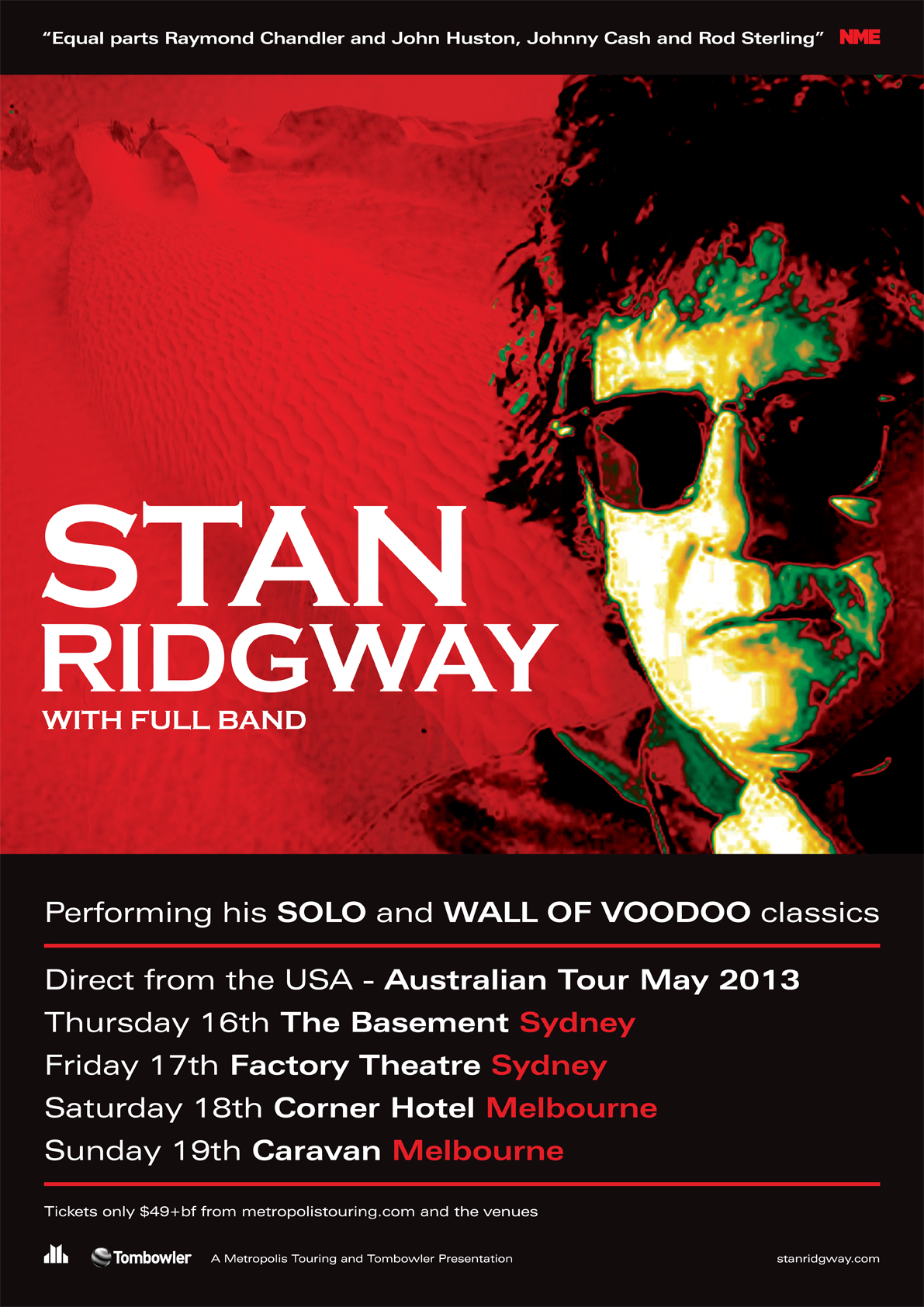 Stan Ridgway is a true original. One of the most unique and gifted singer/songwriters in American music, from his early days with L.A.’s Wall Of Voodoo, to his even more intriguing solo career, Stan Ridgway continues to create an impressive body of work.

Raised in L.A., Stan Ridgway began his love affair with South-western gothic 30 years ago as front man and co-founder of vanguard art-punks Wall of Voodoo. Their sophomore album and Stan Ridgway‘s last with the band, Call of the West produced a bona fide Australian Top 40 bona fide hit in “Mexican Radio“. Post breakup, Ridgway embarked on a popular solo career and continued melding his dark and twisted musical song writing style resulting in comparisons to such iconic artists as Johnny Cash and Tom Waits.

A mad scientist of sound and vision, Stan Ridgway has kept himself busy, releasing a staggering 12 albums including Triple R staple The Big Heat and most recently, Mr. Trouble.

Stan Ridgway will be joined on his first Australian tour in over 15 years with long time cohorts Pietra Wexstun on keyboards, melodica and vocals, and Rick King on guitar, bass and vocals and Bruce Zelesnik on drums and percussion.

Expect a thoroughly entertaining evening with one of America’s greatest songwriters and storytellers as Stan Ridgway draws on his impressive deep catalogue from his classic solo albums with songs such as Camouflage, The Big Heat, Don’t Box Me In and Drive She Said as well as seminal Wall of Voodoo, favourites such as Lost Weekend, Call of the West, Ring of Fire and of course Mexican Radio. Expect a celebration in song, story and spoken word.