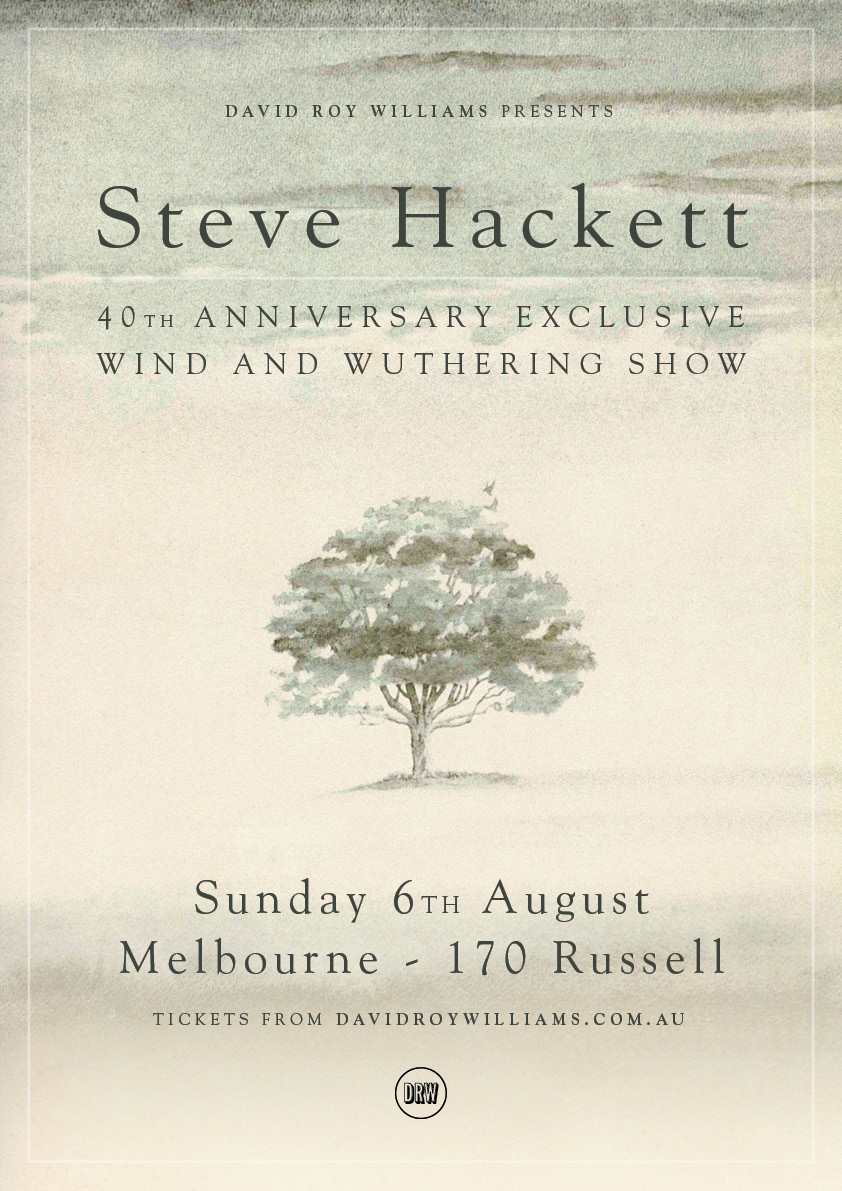 Fresh from the staggeringly successful USA, European and UK tour including a magnificent sold out London Palladium, Steve Hackett is excited to announce the conclusion of his Australian tour with a special one off Australian performance celebrating the landmark Genesis album Wind And Wuthering.

This special show will feature a cornucopia of material not otherwise performed in Australia, including “Watcher Of The Skies” , “I know What I Like (In Your Wardrobe)” and “The Fountain Of Salmacis” as well as a handful of selected solo Hackett material.

The central focus of the concert will be performance of Steve’s favourite pieces from the seminal Wind And Wuthering album, one of the most critically acclaimed albums of the Genesis oeuvre. Coming at a time of musical upheaval, Wind And Wuthering was Steve’s final album with Genesis, and the second album with Phil Collins as lead vocalist. In addition to classics such as “Eleventh Earl Of Mar” and “Afterglow”, Steve will also perform “One For The Vine” the incendiary guitar showcase “… In That Quiet Earth” and the “should have been on the album” classic “Inside And Out”.

Hackett and Genesis fans Australia-wide should book flights now as the scene is set for a magical weekend of Steve Hackett in Melbourne with the Genesis Revisited concert at the Palais, the Acoustic Trio set at the Melbourne Guitar Show, and now this once only show at 170 Russell.

Renowned for his dazzlingly innovative playing, Steve Hackett, as the powerhouse guitarist for inarguably one of the most important progressive rock bands ever, has been a guiding influence for musicians and guitarists for over 40 years.