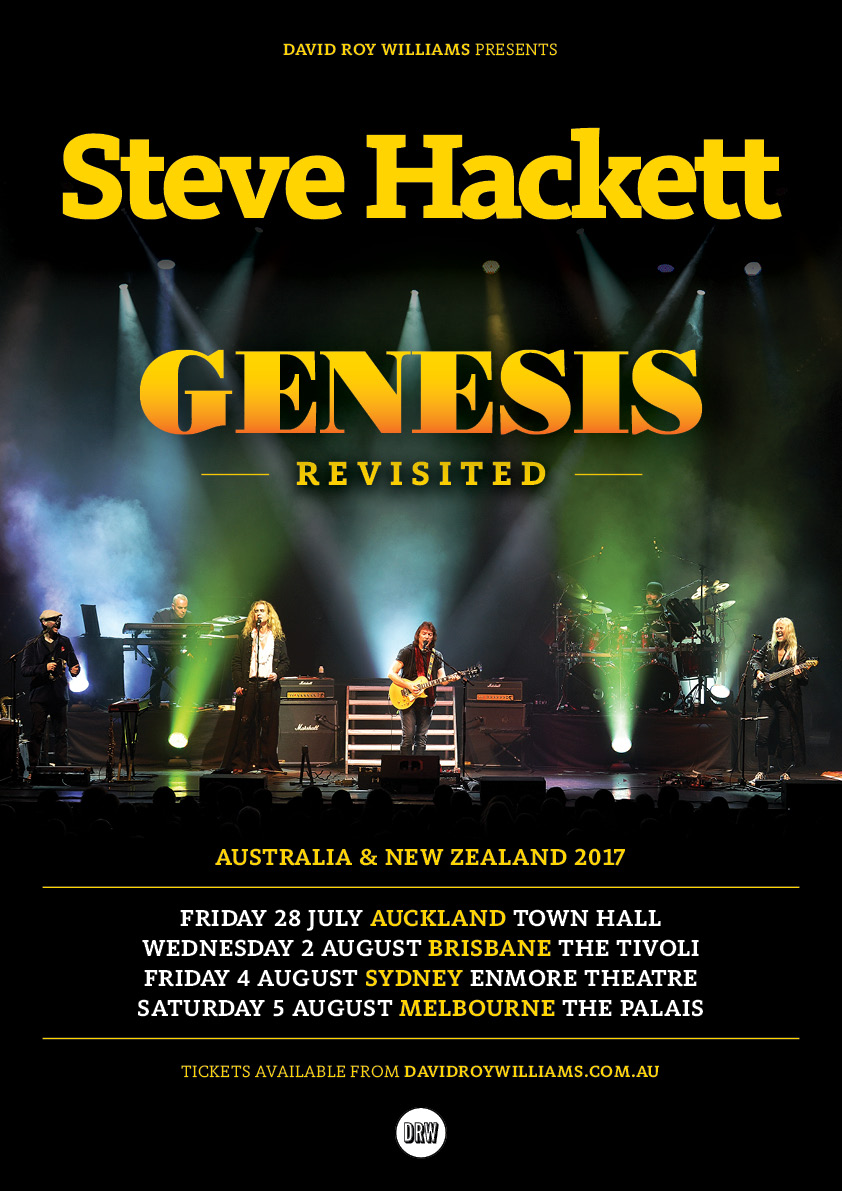 Steve Hackett, as the powerhouse guitarist for inarguably one of the most important progressive rock bands ever, has been a guiding influence for musicians and guitarists for over 40 years.

Genesis, only ever made it to Australia & New Zealand once, in 1986 – years after Steve and singer Peter Gabriel left the band, so Steve is making it up to fans by bringing some Genesis magic to our shores.

Genesis classics “Dance On A Volcano” and “Eleventh Earl Of Mar” have never been performed here, and Steve’s incendiary guitar work on a magnum opus such as “Dancing With The Moonlit Knight” will have jaws dropping.

In this special Australia and New Zealand only show, Steve will also perform a couple of songs from his critically acclaimed new album, The Night Siren, before whetting the appetite for a grand finale that will leave fans ecstatic.

“I’m thrilled to bring my Genesis Revisited tour to Australia & New Zealand. I’ll be playing there for the first time and I’m hugely looking forward to it! It’ll be great to meet fans and friends, and I know it’s an incredibly beautiful country. I’m bringing a special set, including big favourites like ‘Supper’s Ready’, ‘The Musical Box’ and ‘Firth of Fifth’ amongst many other stellar Genesis numbers and some solo. I can’t wait!”  – Steve Hackett

Steve is renowned for his dazzling guitar playing but his world class band is equal to the task, presenting extraordinarily proficient performances, sensitive to the original recordings yet adding very clear nuances and personality to the music.

It’s in no way an understatement to say that fans of exceptional music are in for the concert of a lifetime.