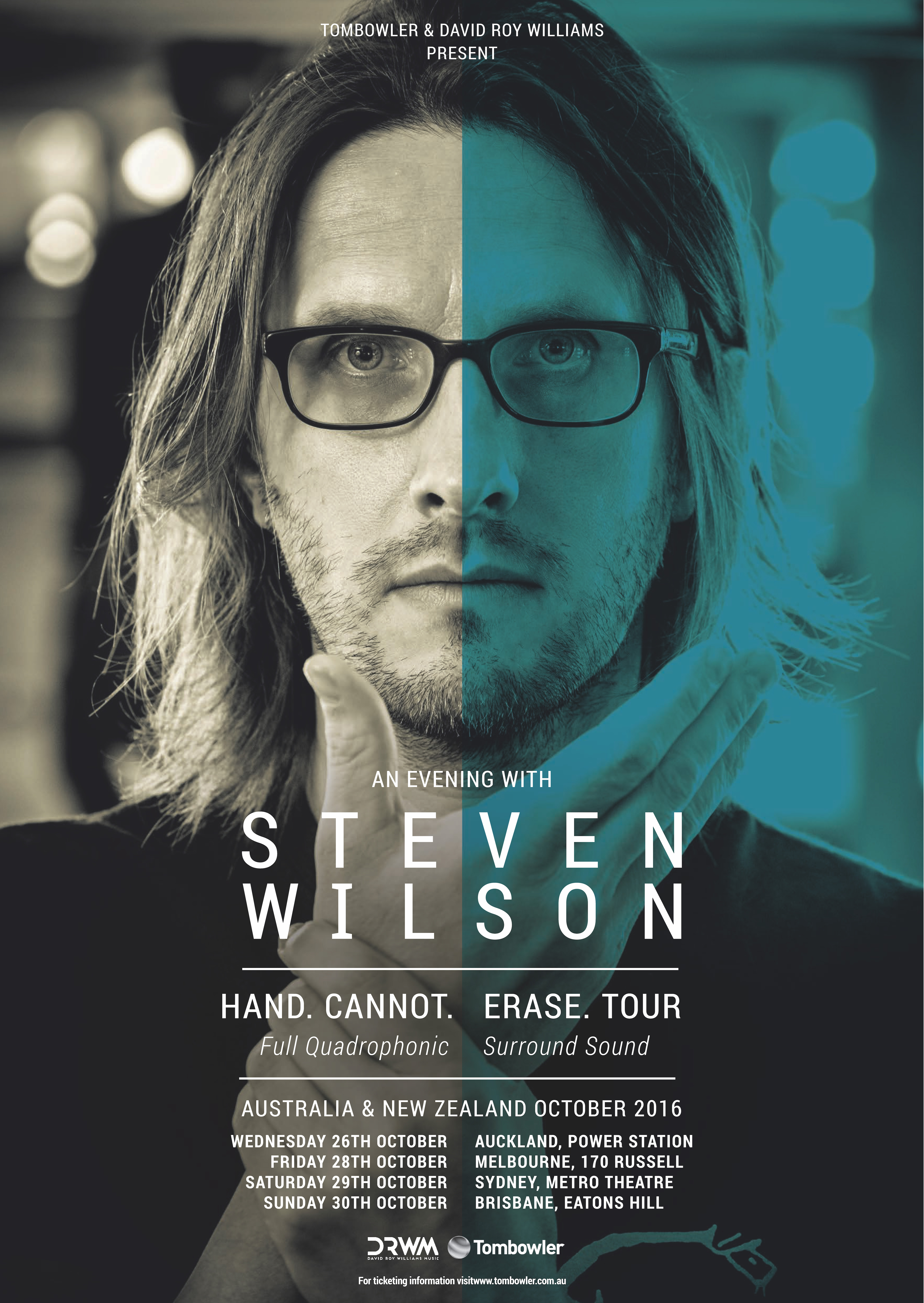 AN EVENING WITH STEVEN WILSON

Visionary musician, Steven Wilson, who has changed the direction of rock music is set to tour Australia and New Zealand in October 2016.

In 2013 Steven Wilson toured Australia with one of the most elaborate productions witnessed in rock venues. Those lucky music fans who attended the shows were immersed in an audio-visual sensory experience simultaneously overwhelming and uplifting.

‘I collected my jaw from the ground and walked out slightly dazed. Steven Wilson does it again.’ – Pure Grain Audio.com

This October, Steven brings “Hand. Cannot. Erase.” to antipodean audiences with a show which will both exhilarate and take your breath away.

The former Porcupine Tree leader has built a reputation as a musician’s musician with a track record venerated by fans and peers alike. As well as four solo studio albums and in excess of 20 Porcupine Tree albums, Steven has collaborated with a who’s who of forward thinking musicians, including Opeth, Robert Fripp, Yoko Ono, Anathema, Ian Anderson, Steve Hackett, Marillion, OSI and Dream Theater.

“Wilson is a star in a fiercely partisan, niche genre” Rolling Stone Magazine

But for all these achievements, it is in the live arena that Steven’s music truly comes to life. With a band of gifted and inspiring musicians behind him, an immersive visual experience filling the stage and full quadraphonic surround sound saturating the room with sound and effects, this is truly a show not to be missed.

Steven Wilson will leave you spellbound with a performance you will remember forever.

‘What transpired over the next two and a half hours was a stunning musical exhibition that displayed all of Wilson’s talents, and then some.’ Guitar World

Questions for Q&A will be selected from those submitted to Tombowler by VIPs via email and will be posed by a moderator. Steven’s band will not attend Meet and Greet, nor Q&A session. Q&A sessions are unique to Steven’s Australian shows.