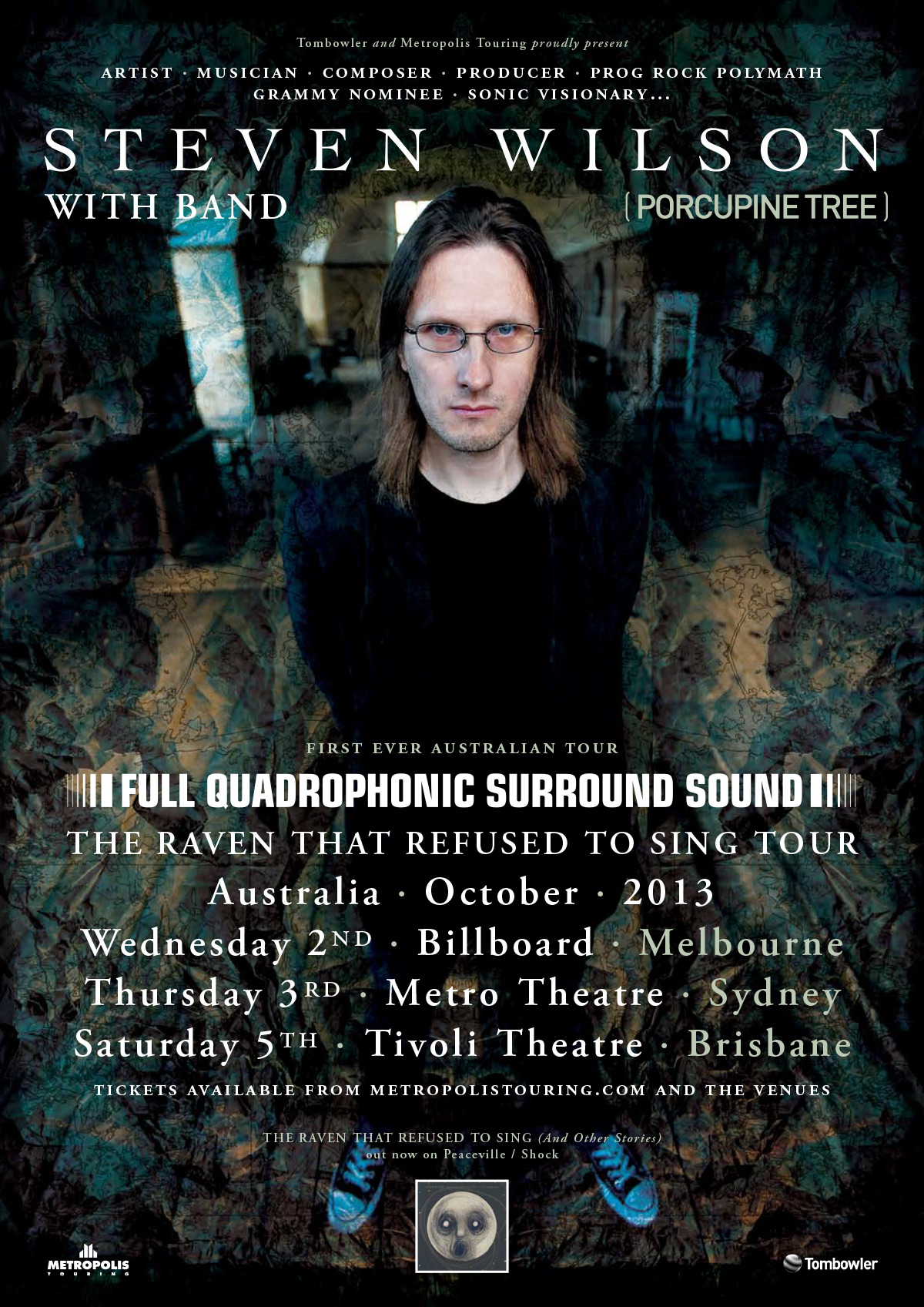 Regarded as a visionary and one of the driving forces behind the modern progressive rock / metal movement, Steven Wilson, the man who created Porcupine Tree, is an eclectic and prolific artist. Witnessing a Steven Wilson live performance is to be engulfed by mind bending visuals and a bombastic aural surround-scape leaving audiences captivated and breathlessly longing for more.

Here’s a short-list of the Steven Wilson’s accomplishments:

The performances will be primarily comprised of material from Wilson’s 3 solo releases –Insurgentes, Grace For Drowning and focusing predominantly his acclaimed latest album –The Raven That Refused To Sing (And Other Stories). Accompanying Wilson will be a collective of world class calibre musicians, and the sound in the room will be delivered in surround with isolated instruments bursting from every corner of the room – something few have attempted since Pink Floyd’s heyday.

When I made my first solo album Insurgentes, the idea was to combine everything, different facets of my musical interest… it had elements of the progressive side of things, of course, but also the drone, the noise, the metal, the industrial, the electronica, the piano ballads…”

I’m writing very much with a specific group of musicians in mind, now that I know what they’re capable of! It’s forced me to think about writing music that is beyond me as a musician. I couldn’t play this music myself but I can think it! One of the great rewards of being a musician is to challenge yourself. No one wants to be treading water. You want to be constantly evolving.”

Be prepared to experience something the likes of which you will never have heard nor seen before. Steven Wilson that will leave you spellbound with a performance you will remember forever.

Do not even think about missing this show. We are talking gig of the year.
And don’t mess about either – these shows will sell out quickly….