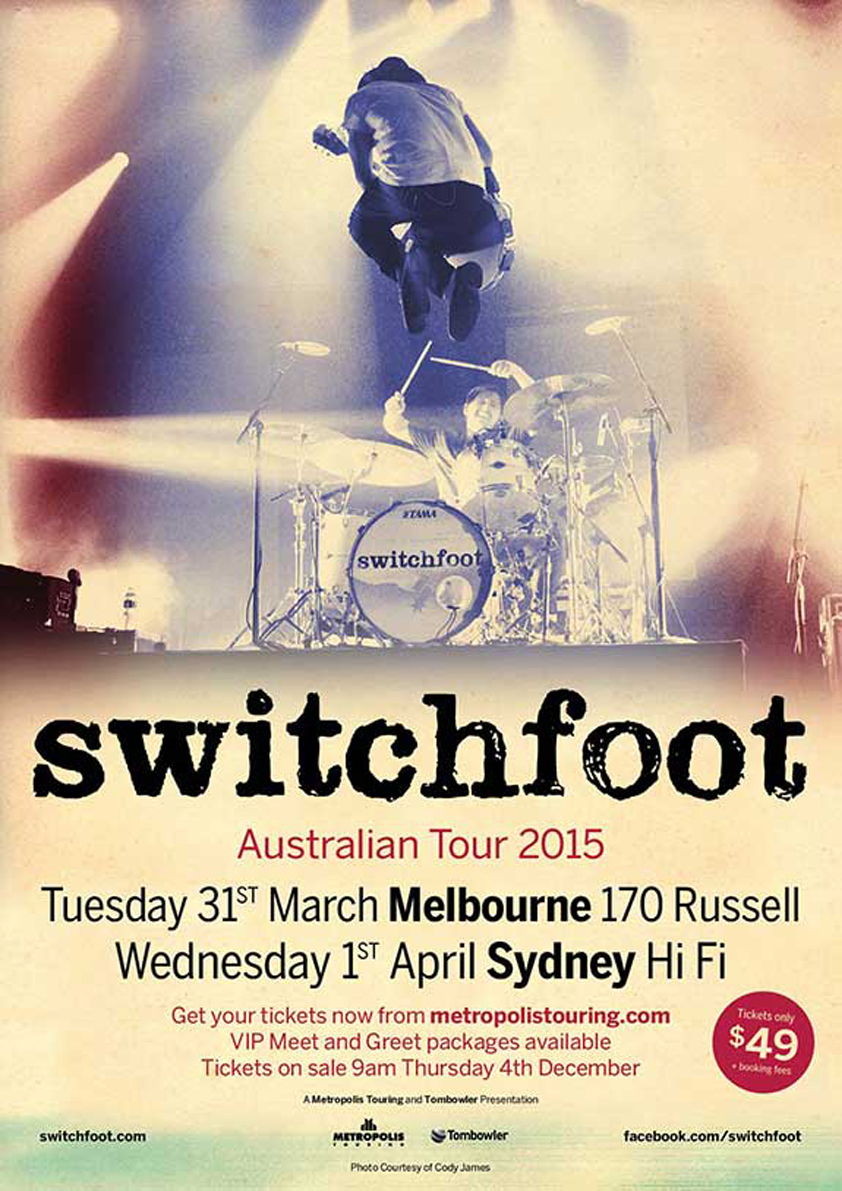 “Jon Foreman is what a frontman should be – never seen a singer with more passion: including a penchant for walking on barriers, exploring every inch of the stage, reaching the very limits of his balance” – FasterLouder

Metropolis Touring and Tombowler are proud to announce two intimate shows in Melbourne and Sydney for Switchfoot. Switchfoot’s incredible energetic live show hits 170 Russell in Melbourne and The Hi-Fi in Sydney. With hit songs like ‘Meant To Live’, ‘Dare You to Move’, ‘This Is Your Life’, ‘Dirty Second Hands’, ‘When We Come Alive’, ’Stars’ and ‘Mess Of Me’, these two shows are a must see for Switchfoot fans, who will relish the opportunity to witness a band of this calibre in such an intimate setting.

The SoCal natives have sold 5.5 million copies worldwide of their eight studio albums (including their 2003 double-platinum breakthrough The Beautiful Letdown and 2009’s Grammy Award-winning Hello Hurricane), racked up a string of Alternative radio hit singles, performed sold-out world tours (visiting five continents in the past year alone), raised hundreds of thousands of dollars to aid homeless kids in their community through their own Bro-Am Foundation, and earned themselves a global fan base devoted to Switchfoot’s emotionally intelligent and uplifting brand of alternative rock.