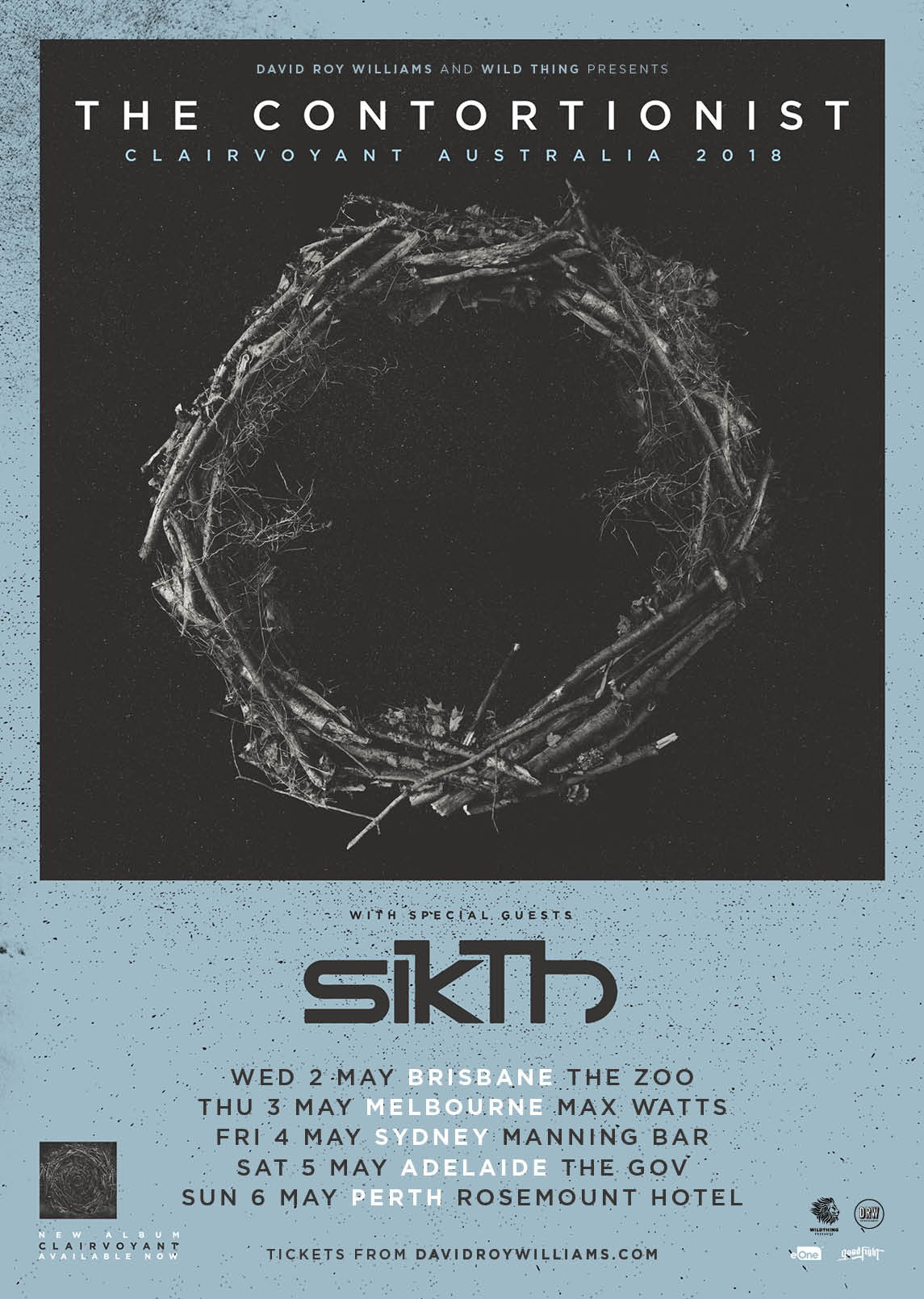 American modern progressive metal innovators The Contortionist return to Australia as part of their Clairvoyant Tour, joined by special guests UK djent-metal pioneers SikTh – who will be making their first ever Australian appearances!

Sikth VIP Meet & Greet inclusions are;
Ticket to the show
Meet & Greet with Sikth
Photo with Sikth on your own phone or camera
2 items signed by Sikth
Limited Edition A3 thick card Poster
Official commemorative VIP Laminate
Priority Access to the Venue

Critics and fans admire their intelligent approach to the crushing riffs of tech-metal, which becomes more vibrant with elements of ambitious post rock and jazzy / fusion-infused virtuosity. Even when angular riffs, odd time signatures, and devastating breakdowns give way to hypnotic, ethereal, and trancelike musical meditations, The Contortionist are never lacking in total power.

On the steady climb to their latest album Clairvoyant (2017), The Contortionist lay claim to a genre within a genre all their own. On Clairvoyant, the band’s distinctive fingerprints remain, even as their atmospheric flourishes broaden to encompass ever-richer textures and mine the beauty of simplicity.

For the entirety of their career, The Contortionist has proven capable of being equally at home on tour with Deftones,  Periphery or TesseracT, thanks to their dynamic combination of metal’s blunt precision with the adventurous spirit of prog-rock heroes like Rush and King Crimson.

In whatever The Contortionist endeavours to do, they have committed to never surrender to the path of least resistance, always challenging themselves and their audience.

SikTh are one of the Great British pioneers whom have shaped heavy music. The Watford mathcore sextet devised their own Morse code of metal – ultimately leading to the birth of the djent metal almost a decade later.

A career-defining set at Download UK Festival 2006 saw SikTh poised for greatness but it was not meant to be as the band disbanded not long after… Little did they know how prophetic their ideas would prove to be! In the years that followed, the djent revolution would reinvigorate tech-metal – with many of its key practitioners citing SikTh as a primary influence.

It’s more clear than it’s ever been that SikTh were way ahead of their time and with one of the best albums of 2017 now under their belt in The Future Is Whose Eyes?..The djent-metal kings have returned!