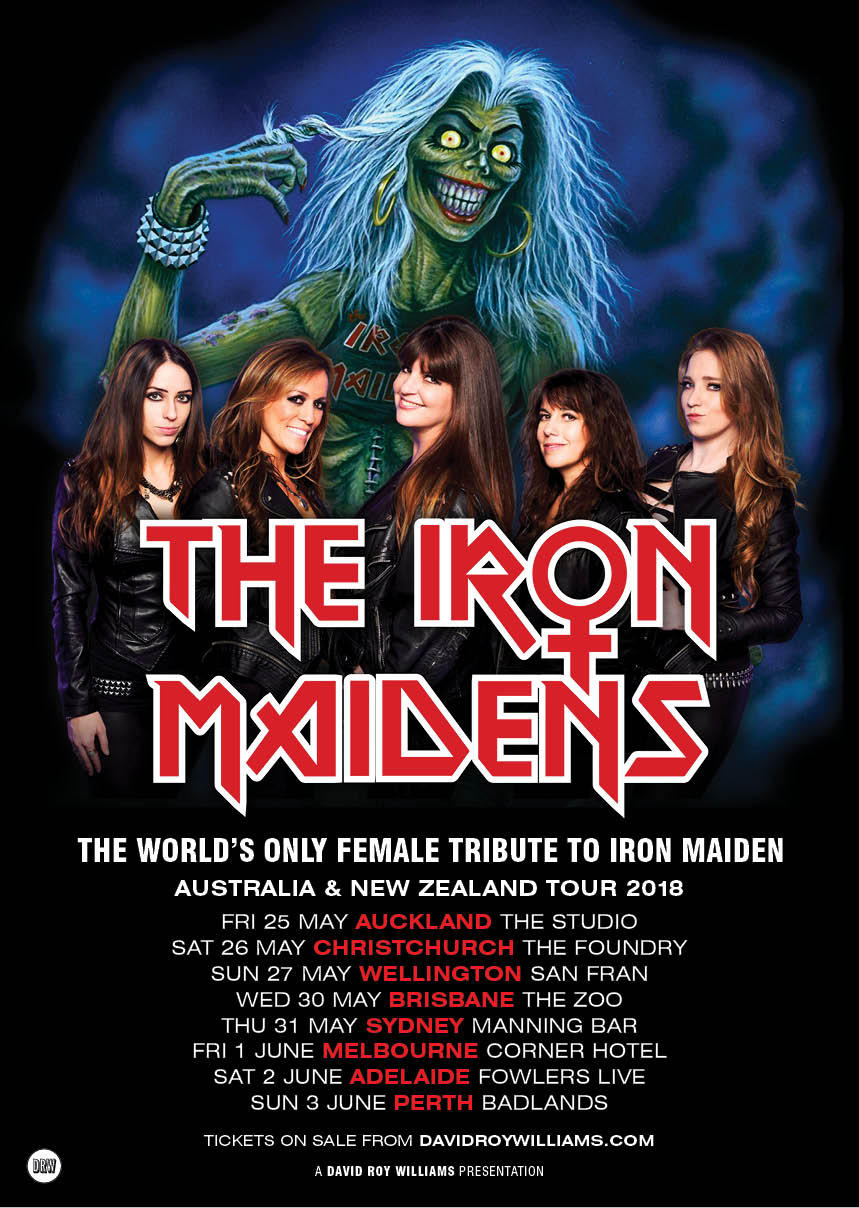 The Iron Maidens – the world’s best (and only all-female) Iron Maiden tribute act – are bringing their intense and electrifying live shows to light up venues across Australia and New Zealand. These five adrenaline-charged women have The Number Of The Beast on speed-dial and possess the musical chops to deliver awesome renditions of all your favourite Iron Maiden classics.

Following sellout USA and UK/European tours, with fans shouting along to hits such as, “Hallowed Be Thy Name”, “The Trooper” and “Aces High”, The Iron Maidens are gracing our shores in May 2018, after much pleading from their many thousands of antipodean fans.

“I stumbled home with the same feeling of euphoria and delight that I always get when I see Iron Maiden” metaltalk.net

Having received the thumbs up from Steve Harris and Bruce Dickinson, California’s Iron Maidens have established themselves as one of the most invigorating and original tribute acts in the world, and have garnered praise for their musical prowess and energetic live shows all over Europe, the UK, the Middle East, South America and Asia.

“The Iron Maidens put on a stellar performance and had me thoroughly entertained and singing along the entire night.” Sleazeroxx.com

The Iron Maidens reputation for putting on a wall-storming powerhouse of a live show has grown exponentially, and their renditions of Iron Maiden masterworks are topped only by the kings of twilight themselves. Iron Maiden fans will not want to miss these amazing live shows.